We Were Just Happy to Get Out 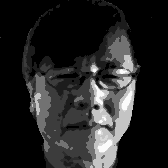 I was about 21 when I joined the Navy, Vietnamese Navy. They sent me to the army officer school because the Navy officer school was crowded and then after that, they sent me back to the Navy school again and after 1 year and a half of training, they sent me to a Navy base in South Vietnam and at that base we had a lot of small boats they called patrol river boats and I was responsible for 4 to 8 boats and we supposed to patrol the Mekong river, maybe a couple weeks a month.  After the Communists took over in 1975 I left Vietnam.

We went to Singapore and then from there we went to the Philippines – Subic Bay, we stayed in the refugee camp for a couple months and then we flew to Guam and stayed there for another three months then we flew to Camp Pendleton in San Diego. We got out of the camp a couple months later and we had to start all over again with a new life in America. I did not have any money – not much – just about fifty dollars and it was really rough, I had to work for a beauty salon and get paid about ten bucks a day, I used to live in a garage, and later go to school and try to learn English. I then got a better job that paid three dollars an hour, and I was so happy it was 1975! I went back to school at nighttime to learn English and then quit working full time and went to school full time and I got a degree from Cal State Long Beach and I got a job with the Navy – the American Navy. I’m now an Engineer.

The American involvement is for a good cause, we wanted to fight communists. But the US government lost American public support and the War cost too much money and too many American casualties, that’s why we lost in the end.

Sometimes I wake up in the middle of the night and I thought I was still in the jungle in the river and woke up really scared, it took about ten years to get over that.

We hear a lot about Post-Traumatic Stress Disorder, did you experience this condition?

It happens. It lasts a long time. I saw a lot of killing, a lot of dying so it was really sad, you know.  They ambushed us a couple times. I still remember and I was lucky that my boat was sink, but not completely sink. So we got out of the boat and the army came and rescued us.

Yeah, that was one of my first battles, when I got out the navy officer school. The second time, when they, they ambush us again the second time. They put a cable, between the river, in the river, and when you hit that cable, that’s when they attack you. When you hit the cable, your boat has a tendency to go to the left or the right. And they ambush you along the river. They used B-40 to fire at your boat. And the boat sinks again, but somehow we survive the second ambush. Some people not so lucky, they died. But most of the time I got lucky. They put the B-52 bombs that did not explode. They put that in the river and sometimes you pass by that area and it exploded. Kill everybody, you know, in the boat that got hit.

The communist, they fight very good in the jungle and the Americans don’t have that kind of experience. Then Americans get used to it later on and they did very good job. But later on as I told you we lost the American public’s support. That’s why we lost the war. We just very well with the jungle fighting. And later on they called it Vietnamization, that they provide us a support and we do our own fighting. Until 1973, we pulled out, Americans pulled out, and we lost all our support that’s why we lost the war.

What was it like for you when you realized that the American pulling out? What was everyone’s reaction?

Most Vietnamese supported American policy but the communists got the most support from Russia, from the Soviet Union and the Chinese communists. When the Americans pulled out from Vietnam in 1973, we lost all the support form the Americans. That’s why we lost the war. We feel abandoned, yeah, we feel buy cialis bad.

And you knew that right when those kind of over and that’s why you…?

Well, feel very sad to leave Vietnam, but I have no choice. I used to work for the Vietnamese government so I have to leave. If I didn’t, they could have kill me.

What was it like to live in a refugee camp?

I have relatives that live in the north. When I met them the first time in 2010 or 2009, they told me that communist lie to them about what happen in South. They said the communist were lying on everything about the South Vietnamese government and about American government.

We had faith in the government there. We had dictators but we happy with that, still better than live under the communist rule.

I left Vietnam in 1975 with my two brothers and I left my parents and sister behind. It was kind of tough, you know. It was tough on us for a while, but if we did not leave Vietnam, probably the communists would put us in prison, you know, and maybe execute us because I used to be working with Americans. Later on I sponsored my parents to come to America. I was happy because I got out and especially got freedom. I know that if I lived in Vietnam I would have no freedom. Under communist rule, you know, and there’s no freedom. I got to America and it was a new world to me and I was shocked because in America there is too much freedom, and a lot of opportunity. You know you can be whatever you want to be, if you want to be. So that’s the best thing, to live in America. If you cannot make it here, you cannot make it nowhere, but take things for granted here. I don’t think you understand how we suffered in Vietnam and after I got out Vietnam, I got here, I thought I was in heaven. I have too much freedom in America. I can do whatever I want, I can go back to school, I can learn a lot, and I got a lot of support from American people. So it’s the best place to live.

Tien Nguyen is an engineer for the United States Navy based in Port Hueneme in Oxnard, California. He was born in Vietnam and served in the South Vietnamese Navy alongside Americans in the Vietnam War. Mr. Nguyen was a college student when the war began and he was forced to leave school to join either the army or the navy, and he chose the latter. Tien served on a fiberglass patrol river boat with an American supervisor patrolling the Mekong River. The experience brought him many engagements with the Viet Cong and was deeply scarring for him. His service on the Mekong River caused him post-traumatic stress for around ten years after the war. After the war, Tien Nguyen spent over a year emigrating to the United States, with stops in Singapore, a refugee camp in the Philippines, Guam, and finally Camp Pendleton in San Diego, California. He then took several jobs earning almost no money while trying to learn English and finish college. Mr. Nguyen finished his college at Cal State Long Beach and took an engineering job with the United States Navy, a job that he still holds. Mr. Nguyen married in the United States and had a son who is a student at USC and a standout on the USC Tennis Team. Mr. Nguyen considers himself an embodiment of the American Dream.

Billy Cavanaugh is a junior majoring in Business-Cinematic Arts from Dallas, Texas.

Peter Williams is a junior majoring in Communication with a minor in Business Law from La Canada, California.

Ery Pitojo is a senior studying Business Finance. Ery is from Jakarta, Indonesia.