The Mayor of Saigon 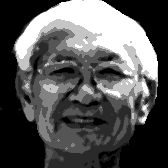 Tri Tran’s son, Tuan Tran, and granddaughter, Frances Tran join us in recounting his life at Tuan’s home in Orange County, CA. Tuan and Frances aid translating for Tri and provide us with their individual perspectives of histories shared across generations.

THE FALL OF SAIGON

Tuan Tran: I’m Tuan Tran, and this is my father. His name is Tri Tran.

Amanda Flores: You became the Mayor of Saigon? Oh wow.

Tuan Tran: His office, as the mayor of Saigon is pretty much next to the American Embassy. So he did have a lot of opportunity to work with the American people there at the embassy. They tried to get our family out before the fall of Saigon, but we didn’t want to go. And so we waited until the fall of Saigon; because Saigon is the last place to fall under the Communists. So we couldn’t get out until everything was pretty much done and over. So we left on the last day of the fall of Saigon. And he have a lot of friends in the Vietnamese Navy that is right next to his office so because the Saigon Harbor is where the main office of the Vietnamese Navy. So that’s how we got out because he get to know a lot of those people. So we was on the last ship that left Vietnam from Saigon.

Amanda Flores: Do you remember the exact date?

[Mr. Tran and his son exchange a few words in Vietnamese]

Amanda Flores: the exact time! And the entire family, you guys all were able to go together? So your wife, and then how many children? How many sons?

Tri Tran: My wife, and then my two children.

Tuan Tran: Me and my younger brother and younger sister.

Amanda Flores: And how old were you at the time?

Amanda Flores: 17 that night when you guys left?

Amanda Flores: So you guys got out at the last minute?

Tuan Tran: Yes. In fact, when we left Saigon we just barely got out of Saigon Harbor. We saw the Communist airplanes flying over our head, and they didn’t bother to do anything to us. They were busy with taking over Saigon at the time so they just left and let people go.

Tuan Tran: So you want to know where we end up here? [laughs]

Amanda Flores: So then, what was the experience like after that last evening that you guys left? For the whole family, including…[drifts off]

So it took us about three days before we get to outside to the international water and we get to see the 7th Fleet—the American 7th Fleet—the Navy. So they start helping us, to guide us to Subic Bay in the Philippines. That’s how we end up, in Subic Bay and we got transferred to the American cargo ship.

Tri Tran: We took the ship to Guam.

Tuan Tran: Yeah, that’s the cargo ship that took us to Guam. That where we go through all the process to come to the United States. This is in Guam. And then from Guam we flew out to Camp Pendleton.

Tuan Tran: Yeah, Camp Pendleton. And then our Aunt, she live here. She moved, she got married, and moved to the United States in 1960 and they sponsored us out to Barstow. [laughs]

Frances Tran: She married an American soldier, which was very common.

Amanda Flores: [to Grandpa] Is this your sister? [to Dad] Or is this your Mom’s sister?

Amanda Flores: So that was your first impression of America, living in Barstow…

Tuan Tran: Yeah. [laughs] Yeah. But then we moved to LA from there, so when we moved to LA it was totally different. We looked and I said “Oh my god, how can I live in this place?” There was freeway everywhere, traffic was crazy… [drifts off]

Tri Tran: You know, we left my country, if I stay there, maybe they kill me. I came to United States, I have freedom. But, you know, a big change. When I was there, I look like a big man. Over here, so hard to try to get job. And the job, too low. So I had to work. That big change.

Tuan Tran: It was very hard for my Dad because he gave up a lot. I mean he pretty much though his life is all set. He was a high ranking officer, he was the Mayor of Saigon. And I mean, we pretty much set in terms of monetary and all that. And for him to give all that up to come to America—he trade all that in for the freedom. He would have been killed if he was staying behind. But I guess you can say that it’s like something he take comfort in it—that he trade all this in for freedom. But then he, a lot of time I think it’s very hard for him to look back and say, you know. Especially when he had to go, I mean his first job I think he was working for like, cup-o-noodles. He was trying to lift—to carry all these cup-o-noodle boxes. And you know, from where he was to this kind of job that you have to do, is very hard. You know, he had to keep telling himself that he was doing this for the family, for freedom—to get him through, but it’s very hard. I mean, I wouldn’t imagine that I could do something, and give all this up to go and to start all over, and from Mayor to empty-handed. That is very, very hard. And then, his whole life is in the military, so he have no experience in any career or any skill, or anything. So that even make it harder for him.

Frances Tran: It’s kind of remarkable for me to see my family, and it’s really hard for me to think about it sometimes. Because for me—I was born here, and as–I’m almost as American as you can get. You know and it’s hard, and my parents did really well and I grew up in Orange County in an upper-middle class family and had luxuries of everything—of education, and of a nice home. And it’s not that far removed, you know—my parents, and my family’s history and so it’s amazing for me to see kind of where they came from. And, I spend a lot of time with my Grandpa and listening to his stories. And it is—I think it’s this conflict that he has with himself that he feels because, you know, when he came here he was older—he was in his 40s by then and he had created a life for himself and for his family in his country that he loved and that he fought his whole life to keep. And he worked really hard for that, you know, he was an amazing person and he worked very hard for Buy trental everything that he had and everything that he built. And instead he had to leave it, and he did it, you know, not just for his family then but for me and he left and he came here because that was his only option. Kind of just, you know, like my Dad said—they didn’t even plan on leaving until they had no choice.

They—I think that’s kind of one of the things that Americans don’t understand is—they didn’t want to come to America. They loved their country and they loved their life and they wanted to stay there because that’s what they knew and that’s what they loved. Then they came here and everything was difficult; they don’t speak the language and they don’t know how anything works here and he spent the rest of his life working menial jobs and working really hard to put my dad through college and his siblings through college and it’s amazing to me to see how successful my dad’s become, how hard he has worked and you know, in the couple of years that he came here to learn English, to go to college, to go to UCLA and to become as successful as he’s been. It’s been really amazing, so I feel like you know there’s always—the reason why he’s so successful and the reason why I think I try really hard is because—because you see what’s valuable and you see what’s important to work for and so I think it’s kind of really shaped their lives…

Tri Tran attended military academy in South Vietnam at 19 years old, after graduating from high school in 1953. After one year, Tri graduated as a junior lieutenant for the South Vietnamese Army. On his first assignment he was sent to train the 76th Brigade for one year. In 1971 Tri was sent to fight in Laos during the “Hot Summer.” Tri was injured in Laos, and was sent back to Saigon for recovery. Upon his recovery, Tri served as a South Vietnamese Government official. In 1974, Tri became Mayor of Saigon. He and his family were on the last ship out during the evening of the fall of Saigon at 2:30am, April 30th, 1975. They spent three days at sea before reaching international waters. From there Tri and his family were sent to the Phillipines, then to Guam, and finally to San Diego in the United States of America. Tri and his family initially settled in Barstow, California where their sponsors lived. He eventually relocated his family to live in Los Angeles, California. There, he and his wife worked hard to send their children to college. Tri Tran currently resides in Orange County, California near his eldest son, Tuan Tran, and his four granddaughters.

Amanda Flores is studying policy, planning and development with an emphasis in non-profits and social innovation.

Dylan Garrett is a sophomore majoring in business administration. This project was a natural extension of his work with a documentary film crew in Cambodia during the summer of 2010.

Sheenah Gill is a senior majoring in Psychology.