They Killed Our Country 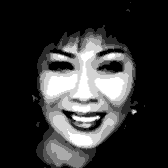 Us: What’s your name?

Us: When were you in Vietnam?

Us: Did you grow up there?

Us: What year were you born?

Us: So you basically saw through the entire Vietnam War?

Us: That must have been quite an experience.

Nguyen: Very traumatic and so many painful things that I witnessed during my period in the war.

Us: Were you in the North or South?

Us: Were your parents involved at all? Tell me how you grew up.

Us: What were your experiences with American soldiers?

Nguyen: I was quite young. I did not have much direct contact with them but I saw them on the streets and in hotels. My older sister worked for PX – which was a kind of canteen for American soldiers to buy supplies like canned food. She was a receptionist. My cousin was a translator in the army. They talked to each other. To me, the Americans were a good symbol of helping us out. When I was a kid I would ask for chocolate and things like that. Overall, the American men were good to me. They were nice. They got jealous sometimes of the people in the area. At that time, the Americans were good because we were never invaded. We defended our part of the country. We never invaded or attacked them, so we viewed them as friends, to help us and to fight back. I did not get involved in political things so much while in high school. I supported their thoughts on freedom. Even during the war, my family had good appliances such as washer/dryer, refrigerator. I got tears in my eyes, so many years back I can remember, I was working with ICM – which was the organization in the camp to contact people for translation – I had four hours to get out of the camp, and we drove out to help people and give money and aid to their families outside of Bangkok. They kept checking to see if your eyes were infected.

Yes. People got split up from their families frequently. I helped people split up their families. In just five years, after the Communists took over, there was so much development. We were so much ahead of them in 1975; everything was upgraded, we had so much more than Thai people had. We had freeways, luxury busses, and we rarely had to pay for things. I spoke English and Thai; we took the wrong busses, but we had the same destiny. The busses were for people who didn’t want to deal with traffic, and could relax with air conditioning and music. Everywhere I looked, our country in those years, if a live person knew how to walk, they would escape too.

Nguyen: It was not easy to get out. Why did I leave the country so late? Because of my grandma. She was in her later years. I took care of her while I was 14-18 years old. The 30th of April we lost our country.

Speaking of her escape:

Nguyen: It was so strange, maybe the strangest thing in my life. I would sit under the sun so strong and look at them, there were like five people with guns and some axes to threaten us. To me, it looked like hell, they looked like Satan from hell. I was so scared, but I tried to keep myself calm by praying to Virgin Mary. Because I’m Catholic. I kept singing songs in my mind to not so panic and act out of my mind or act stupid and thinking about what would happen next for my son and my self. I heard about it; people getting robbed and raped. I heard about it before my trip.  After they search everybody I was surprised to see that people kept so many valuable things. I ducked down, we were in international waters I saw everyone around me wearing gold and diamond necklaces. I asked them why they brought all that with them. They took lots of valuable things from my people. They were laughing in their victory. They were looking at me, and I said Jesus oh no, I was in my mind they were going to rape me. They grabbed my wrist. I had a bracelet made out of stainless steel from waste metal made from my friends’ husband. He made it with his wife and kids name on it, and she didn’t have anything to give me as a souvenir, so she gave me that as a symbol of friendship. He took it off my wrist, and was laughing and showing it off. Suddenly, other men yelled out in Thai, which I understood to mean “Bye! Bye! Bye!” which means Go! They were push it back  to our boat, and leave immediately. They saw a merchant ship passing by and they were afraid to get caught.

We kept seeing boats pass by. We were not happy for too long. After about an hour, we got caught by other boats. It was dark. They didn’t rob us, but they tied their boat with ours. I remember, that night, I was holding my son, and I went up to the top of the boat. I didn’t know what hey were going to do to us. There was Vietnamese and Chinese on board. If they don’t rob us, why are they pulling us. They didn’t know where they were pulling us too. We were just following. catapres I was exhausted; after almost 4 days with no food and little water. I decided to wrap my son and take him to the upper deck and put our lives in Gods hands. I wanted him to help us. I went to sleep, how could you sleep on a boat 11 meters long and 3 meters wide? That night I couldn’t stand no more, because, what can I do? I slept for a while but woke up and opened my eyes to the morning. Not too bright. This time they put all the men in the refrigerator, where they stored fish for food. They took off their shirts. There were 45 men in my boat, only with one gun. The second boat, they had like 9 people, including kids, around 11 years old. He got a piece of long wood and used it as a weapon to scare us. They searched from the bottom and top again. They took all the food and searched everywhere, to me; they were free to search. I only recovered one necklace from the elastic in my sons’ shorts.

As soon as we reached land, my brother sent me money to leave for a while, so I did not bring any valuable things. After they left us, they dumped all the oil from the engine into the engine, but they gave us the ice. We had to store the ice in the tank, and we hand to drink water mixed with oil and fish mount to survive. They released us; later on I learned that we were in Thailand bay. We could swim; there were dolphins. This time, because one girl in my boat was resistant to the search; every time the pilot touched her, she ran and resisted. She didn’t want them to search her. They searched me, searched my son, but they didn’t find the necklace. They gave me back my son, and they searched the girl, but she kept yelling, so they slapped her real hard. They were mad. At first, they were only searching, they didn’t rape her. There was not much left for them to search. They should know, by radio, they report to each other. This boat was not happy. The first two times, she didn’t resist, she cooperated. This time, she resisted. After they slapped her, they took off her clothes. Than, they started to rape her, right in our boat. I remember, I just wrapped a piece of a mans shirt, everything was all over, it was like hell on earth. As soon as they released her, I used that and covered her. She was crying.

I will never forget that moment for the rest of my life, I was so young, 23 years old, it was terrifying, there was blood everywhere. They also raped another 17 year old girl. They were searching for another girl. She pretended that she had problems, so they released her. They put her hand on another lady. She put the smoke from her engine and put it all over her face to make her look ugly. She was lucky she didn’t get raped. Than they pulled out a 15year old girl, and they raped her.

Speaking of her return to Vietnam:

I went back there in 2006 for visiting my fathers’ graveyard. He said oh so many things have changed and this and that. But I didn’t think so, and it was true, I went from the South to the middle. Its just the surface. you see people selling and buying, people look better, but if you go deeper into the village, you can talk to them and see the kids there you will see. The society is all so bad; so bad, even worse than before. The communists been telling the North Vietnamese people, oh, the Americans did this and that to our country. Harming us. But they[The Communists] are the ones that killed the future of us, and our Country!

Mai Nguyen is a survivor of the American War in Vietnam with a unique perspective and a compelling story. Ms. Nguyen was born in 1957 and lived in Saigon, Vietnam until her escape in 1980. Ms. Nguyen and her family were South Vietnamese who witnessed the American military influence and considered them a good symbol to keep Vietnam intact from communism. After the fall of Saigon in 1975, Ms. Nguyen witnessed first hand the oppression brought by communism and the elimination of freedom. In 1980 she decided to escape with her baby boy to international waters. However, in her escape, she became part of what is called the “boat people” and she encountered a hard and arduous journey. Pirates held up her boat various times, people around her were mugged, raped, and beaten—fortunately her strong will and faith in God saved her. Upon docking she arrived in Thailand as a refugee. Later, she moved to Canada, opened two successful restaurants and has been an anti-communist activist for the Vietnamese Community ever since. Ms. Nguyen later immigrated to the United States and her transition was also not easy. However, after confronting hardships in America she finally found peace. Mai Nguyen now resides in a beautiful neighborhood in Anaheim, California having raised two successful children.