A Medic's Story of Vietnam 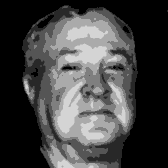 In Terry Duddy’s highlight video, Duddy discusses how he initially got involved in the war and how he became a medic. He details the types of pressures he experienced as a medic, the negative and violent perceptions of the war and the difficulty one faced with trying to stay alive.

A Medic’s Story of Vietnam

Okay, so we are here today to find out more about the Vietnamese War, the war for Vietnam.

Were you drafted, where’d you enlist? I was drafted in 1970, I dropped out of college, Golden West Community College in Huntington Beach California, started doing a lot gambling and drinking with some buddies of mine who came out and ruined my life, and ended up flunking out of school and so I was immediately drafted.

I was told to, report for induction six months but I decided to go in earlier, so I went home to my home town Coldwater, Michigan, and then went to Detroit, Michigan, was inducted into military in 1970. Took my basic training in Fort Knox, where Fort Knox is. And, afterwards at the end of the cycle, they asked me if I wanted to go to West Point. I told them no, I’d rather not go to West Point because that would been a four year commitment for college and then four year commitment in the military and I had already decided that I didn’t like the military. So I refused their offer and of course they then told me “Well you know, you’re gonna go to Vietnam,” and I said, “Everybody is going to Vietnam, go ahead and send me there.”

And so, they figured out that I was too smart to be an infantry even though I was the best shot in the brigade and so they made me a medic. And so I went to Fort Sam Houston took my medic training at Fort Sam Houston on what’s called the Lower Hill and during that time period, they tried to shock you as much as they could to make sure that you would not, you know, crumble. When you went into a combat because of you know, you’ll see a lot of blood and guts. So they showed you a lot of blood and guts, mostly on camera, but then they’d bring out things and tried to, you know, scare you and of course if you got, you know, frightened more unable to handle it, then they drum you out of the medical corp. and sent you to the infantry so I stayed in the medical corp.

Then I went to Chu Lai, then I went to Fire base 555 and I spent seven, six months in the first of the 52nd AmeriCal division and happens to be the same division that Cali and My Lai; it’s the same I Corp, same unit. And so at one point I was at My Lai for about 3 weeks. It was quite a difference from when they were there which was about a year earlier but you saw the damage from the… you know.. the kids and the people who were losing limbs and things like that. It was pretty awful.

So you know, it wasn’t something…you know, cause you are out, you can’t take prisoners. It’s not something you do very often but it didn’t happen very often, people didn’t like to do that. So you know I don’t think there was a lot of.. you know, people talk a lot of baby killers and people talk about , you know, My Lai and things like that, that happened during the war, people got the idea that that’s the way it was all the time and that was not true at all. You know, most of the people that I worked with were sympathetic, they were empathetic to the civilian population but at the same time, they were weary of them because you didn’t know who’s your enemy and who’s your friend so it’s very difficult to, you know, to figure out how you’re gonna treat one person over another, because this person who looks like, you know, could be a friend of yours, at night they could be the person who’s, you know, trying to kill you.

So the pressure was there to try to get along but stay alive and so, you know, you try to work together in order to do that and so, we were not really in situations where you wanted to be aggressive and go in and try to find something to, you know, to make a war out of and to have a battle with somebody. You’re trying to do the least amount possible and the officers pretty much did the same thing—the least amount possible to try to save as many, you know, lives as they could, mostly of their own troops and so there were certain situations, you know, war situations, where you knew where the enemy was, you knew who you’re fighting for and you knew what you wanted to do and then you would say okay, let’s go do this.

But in the most of the cases in Vietnam, it was more about the avoidance. You know, you try to avoid fire fights; you try to avoid the areas where you knew they were just waiting for us. And so this is towards the end of the war. I don’t know how it was the earlier the war. Earlier the war in Vietnam, there were mostly regular army, marines, you know, army soldier, Strac units really professional guys and of course that wasn’t towards the case the end of the war when most of the guys over there were drafted, so it was a different scenario. So it was a lot of pressure because of that.

Never Get Close to Anyone

When you go into a war situation like that and you’re trying to, you know, take care of one another but at the same time you don’t get too close to one another because you know, the guy you’re talking to could be dead a day later. And so you didn’t really get close to them, you got close enough to make sure that they knew that you were trying to protect one another and all that other stuff but, you know, you didn’t get too close. So I never got really really close to anybody, plus the medics were separate, kind of like a separate entity. We hung out when the rear and we hung out with ourselves, with the medics and the docs. We didn’t hang around with the regular soldiers that much.

So when I came home, I really didn’t know where all the guys that I’d served with, plus the units were breaking up so fast when we were over there, you really didn’t have time to make, you know, long bonds with people, but when they opened up the Vietnam Memorial, War Memorial, the wall in Vietnam in Washington DC, I went there, with a buddy of mine, Don Keith, and he had arranged for us to be Buy risperdal part of the committee, and we had VIP seats, we went to visit with senators and congressmen, and Senator Warner, who is actually one of the people who helped put the wall together. So we were sitting on the dais, on the day they opened the Vietnam War Memorial and there were 500,000 soldiers there. And it was just a sea of people and was just an incredible experience, probably more emotional than anything ever happened to me in Vietnam, was the unveiling of the War, because it was really something that was special.

This entry was posted in American, Post-Traumatic Stress Disorder, The Draft, US Army and tagged My Lai, Terrance Duddy. Bookmark the permalink.
Login
0 Comments
Inline Feedbacks
View all comments

Terrance Duddy was born in Coldwater, Michigan where he was raised by his mother and father on their farm. Growing up in Michigan, Mr. Duddy was not exposed to many Asian people or diverse cultures. After graduating high school, Mr. Duddy didn’t have very many choices as his peers tended to have a negative influence on his studies growing up. Thus, Mr. Duddy turned to military service and enlisted into the army, as he saw this as a way to further his life and fulfill his duty as a good American citizen. When enlisted, Mr. Duddy was given the option of going to West Point Military Academy, but declined because of the long-term commitment it involved to the United States military. With this refusal to enroll to West Point, he was then sent to Vietnam where he preformed his duties of a medic, after he had received training from the military. While in Vietnam, Mr. Duddy did his best to perform his duties to excellence, while trying to keep his sanity. Even with the widespread use of drugs and prostitutes by the American soldiers, Mr. Duddy did not indulge those vices that were present during the war. However, due to the extent of his service and the obvious pressure of war he did reach out to those mediums as a way to relieve his stress from time to time. After Mr. Duddy's service in the military, he found himself in Southern California where he eventually chose to enroll into school. While attending college he took particular interest in acting, which occurred completely by accident. With this newfound love, he spent 20 years on the sets of small budget productions and commercial shoots. However, Mr. Duddy soon realized that part of his success in acting was accredited to the fact that he has developed Post Traumatic Stress Disorder. In fact, the reason why it took Mr. Duddy to realize that he was no longer the same person as before the was was due to the little known medical knowledge of the disorder around the time period of the War in Vietnam. Thus, with our knowledge of Mr. Duddy possessing PTSD our interview was largely controlled by his needs and preferences, as we did not want to invoke and alienate his condition. However, at the end of our interview, our group was pleased with both the information extracted from Mr. Duddy and the natural feel of the interaction between us. Today, Mr. Duddy is employed at American Legion where he works to educate the public of the many suppressed details of the War in Vietnam. In addition, given Mr. Duddy’s conditions and with many soldiers currently living with PTSD, he actively reaches out to those in need of help, and works endlessly to assist veterans find ways to live their lives without being controlled by PTSD.

Payam Almasi: From Burlingame, California, just south of San Francisco. I am a sophomore student at the University of Southern California majoring in Economics.

Ochanya Ogah, from Houston, Texas. Junior studying Health and Humanity at the University of Southern California.

Chiao Sz Chuang is a senior at the University of Southern California and is majoring in Economics.