Vietnam and Its Lasting Impression 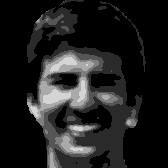 MF: My name is Mike Fritschner. I’m a sophomore here at USC, majoring in International Relations and minoring in Business. My dad’s name is Walt Fritschner. He was born in Big Fork, Montana.

Q: How many years was he there for tours?
MF: He went for 2 tours, for a year each I believe.

Q: Did he ever tell you any stories about Vietnam?
MF: He never directly told me stories, but he kind of alluded to things that happened in Vietnam. Like, whenever my dad and I would go grocery shopping, he would probably spend an hour and half in a grocery store walking down the aisles and looking at the food, and then he told me one day that it was because when he was on a boat in Vietnam because he was in the navy, that they never really saw that much food. So, when he goes into a grocery store, it just blows his mind every single time he’s there.

Q: Being in the war, how do you think that influenced your dad?
MF: I think it kind of influenced him a little bit. It definitely made him a little bit more serious. He could go from being completely joking around with people to being 100% serious in a matter of like a second. My dad being in the navy I think really had an impact on the rest of his life, and like, how he even raised me and my sister. It made his work ethic so incredible and so unbelievable.

Q: Was anyone in your dad’s family against the war?
MF: My dad’s older sister, Linda, was completely against it. She went to UC Davis, and it was during the 60’s, so she was an enormous hippie, as you can imagine. She would actually write my dad, and I’ve seen letters she’s written to my dad, about how he should drop out of the navy and quite because they weren’t fighting for any reason in Vietnam, and they were losing American lives for literally no reason.

I’ve never heard a single story from him or any of his friends ever about Vietnam. I read every single letter my dad sent to his family while he was in Vietnam, and there were never specifics about what my dad did during the day. It was just about how much he missed his family or “what was going on at home?” or “what sports teams were winning?” To him it was almost like he blocked off his brain from even viewing the war. He Buy lipitor acted like it never happened.

My friend asked him once if he had ever killed anybody during Vietnam, and then my dad said, “Let’s not talk about that,” and then walked out the room. I really think that my dad just blocked it out of his memory.

Q: Why do you think he that thought?
MF: I don’t know, he was scarred by it or hated it so much that he can’t talk about it…or if he thinks that no one will relate to it and he doesn’t want to scare anyone. But, it was always really odd when my dad would meet someone else who had fought in Vietnam because immediately it seemed like they would always become friends.

There’s a Kennedy quote that says, “Don’t ask what your country can do for you, but what you can do for your country.” I think that’s so true. I think we all enjoy the benefits of America, but none of us really realize the cost of those benefits.

Q: What’s your favorite memory of your dad?
MF: Wow…it’s not one specific one, but every Saturday for lunch, we’d meet at Quiznos by my house, and we went there probably like 3 years in a row, and we’d sit outside at Quiznos for like an hour and half and just talked about life and anything…school, work, what he was doing, what I was doing, sports…just anything…I just got to kick it with my dad for an hour and a half.

Q: What do you miss most about your dad?
MF: Wow…I would say, my dad every night when he would come home from work – he would get home about 7 or 8 pm – and he would always say hi to my mom, say hi to my sister and I, and then he would go upstairs to change into comfortable clothes for dinner, and…his comfortable clothes was he would take off his suit pants, take off his nice shoes, and put on pajama pants and then put on these really comfy, absolutely ridiculous slippers, and then he would take off his tie, unbutton his top button and then tuck his suit shirt into his pajama pants, and that was his comfortable clothes. Seeing my dad come down the stairs in those and seeing him sit in his chair, watch TV, and read the newspaper…just not being able to see him do that anymore is probably what I miss the most.

Michael George Fritschner was born on July 14, 1990. He is from Sugarland, Texas and has one older sister. Mike is a sophomore at the University of Southern California where he is majoring in International Relations with a minor in business. He one day hopes to become President of the United States. He is the president of his fraternity, Phi Sigma Kappa. This interview is about Mike’s father, Walt Fritschner, who served in the United States Navy during the Vietnam War. Walter Fritschner was born in Bigfork, Montana. He went to the United States Naval Academy when he turned 18 and he served two one-year tours in Vietnam. Walter Fritschner passed away last year in 2009.

Kelly Boyles is a Junior studying History at the University of Southern California. She one day wants to be a high school history teacher.