The Life of a Vietnam War Non-Commissioned Translator 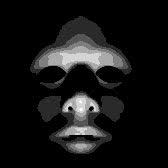 I volunteered to join the English language classes of the armed forces. Better than handling the gun against my people. Under that kind of revolution, more or less, I felt under North or South, if we were armed, that we have no choice but to go out to the combat field. Either you kill or you get killed. So that kind of conflict, I not really like. So I joined the language school to be an interpreter in 1964. I was sent down to the Delphi [Delta] first with the 7th Division and then the 9th Division headquarters, located at the time in Bac Lieu province. I stayed there for a couple of weeks, and then they sent me down further south in Vietnam in Ca Mau City until 1975.

The translator in U.S. has many plans. One in army, just specializes on the army unit, the other social, and the other development. Different kind of branches. I can do everything. I have a lot of chances to work with U.S. advisors. They specialized on culture, constructions, buildings, everything. I have to learn every step of life. I have to field-by-field, a lot of people. I’m qualified for my job. I’m proud to say that. I’m a non-commissioned officer working with them. I’m not involved in any side. I’m a third party. Either side, whether good or bad, I had to do my job.

I am more or less directly involved with the U.S. and South Vietnam guerilla local forces, regional forces. Most of the time, I’m going out with the ground troops, either on the ground or flying with U.S. army advisers to command and control all the ally troops on the ground to fasten combat with the Communist in the south – either on the riverside or jungle or by the sea. In Ca Mau peninsula [in southern Vietnam], we are surrounded by the jungle, the sea. We had a lot of difficulty with running any kind of operation because that damn jungle was camouflaged by trees. Sometimes we have to use high power with the help of U.S. armed forces, either by air or by ground. Still, it was not really clear because [the enemy was] well hidden under the sea. They were well-covered by trees or the ditches in the jungle. Even if we have all kinds of means – like the navy forces had all the kinds of means to run operations down there – the frocks [officers who wear the insignia of the next grade prior to the promotion], the Navy Seal, these Special Forces. We tried with our best, but not completely solved. At night time especially, down there the local unit cooperate with the guerilla. Usually appeared at night to snipe on guerilla. Local forces kept the outpost well-protected. But sometimes a platoon might not be able to defend or keep their hamlet well-protected. Most of the time, it’s easy for the Viet Cong guerilla to overrun the outpost. By that time, we are calling the four regional headquarters to send more air and troops to support the local popular forces. By the time we arrive, it’s too late. We’re not able to arrive the casualties from both sides because upon daybreak, everything was gone. The outpost was completely destroyed. The soldiers from either side just disappeared. They don’t want us to identify the casualties. In the war, everyone – ally or enemy – don’t leave bodies killed on the field for casualties. We are always reluctant – whatever the counts for casualties – they will certainly know how much we lost, and in return same with them, though.

Most of the time, when we flew the command and control helicopter, commanded by the commander chief of the U.S. and the army of Vietnam – including myself, as interpreter as both of them. The strategies were a lot because you’re not able to identify clearly who is wrong or who is right on the ground. We flew a thousand feet above. How can we say that the guy on the boat is with a gun shooting helicopter or a farmer or civilian? Who knows?

Another strategy … an outpost is on one side of the river. On the other side of the river is the jungle with Communist guerilla. They go back and forth to harass the civilians. Crossfire in between them. Who knows who’s causing the fire? The next day, we are going down to conduct an investigation. Who is going to tell the truth? A lot of people say, ‘I am true.’ Either one of them can’t say exactly this guy is right, this guy is wrong, no. What kind of conflict? Just like two boys fighting each other.

How do you Reflect on the War?

Either side died for nothing. The war didn’t exist. Experience is warless because as soon as possession … either me or you, we keep saying, “This is mine.” And you keep saying, “this is yours.” The possession. That may solve any problem if we still have the political ideology in between the Communist, the nationalists or neutral. Except on idea. What do you know? What’s your experience? What you understand about. Or the ideology. I want to kill you because of my life. It never solved the problem. That kind of, “Kill or get killed.” That’s it. That’s why I didn’t want to join the army. Once you join the army … they give you a gun and you have to go and walk on the field. You open arms or you get killed, otherwise. We have no choice. It’s just like two children. You give them a knife, “Oh my god.”

Life After the War

They [Vietnamese officers] have to research me, do research people around me. Ninety-nine people say I’m a good guy. I’m not a harassing any people, I live a good life. They call me up and have a talk with me about relations between the US and myself. They said I know a lot of things. I said, ‘No. I do the job of an interpreter, that’s all.’ A lot of North Vietnamese army hired officer said, ‘That’s a good guy. He did a good job, that’s it.’ “

Please contact me via email, looking for Former Vietnamese NCO Interpreters/translators whose served during the Vietnam War between 1966-1969 at the ARVN 1st Infantry Divsion Headquarter in Hue.

The interviewee, who chose to remain anonymous, worked as an interpreter during the Vietnam War. As a non-commissioned officer, he worked for both the Americans and the North Vietnamese, witnessing firsthand the hardships of war but initially trying to avoid a combat role. The interviewee was stationed in Ca Mau until 1975. After the war, he moved to the United States.

Eric He is a freshman majoring in print and digital journalism. Kester Chen is an international student and a senior majoring in business administration.