A Corpsman with the Marines 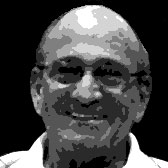 But after I was there I started working with children, which is what ultimately got me into teaching and they had no hygiene at all. Most of the people died before they were in their thirties and children didn’t have it [hygiene] and didn’t brush their teeth. So, we went to teach them rudimentary things to just exist that could theoretically expand their lifespan.

I had signed a personal service contract out of high school to play baseball. So, I still had friends that were still in the Mets organization and they sent me over baseball equipment and we would set up fields to play baseball and the Vietnamese kids had never seen a baseball in their lives. So, it was the idea of teaching them how to do it and run the bases. And one of the things, as I said they didn’t have hygiene at all, so, they would take Band-Aids because you would give them Band-Aids. The only way they would brush their teeth is if you put Band-Aids on them. So you’d see kids with twenty Band-Aids on them, Band-Aids on their face, and they had nothing wrong with them. But, they just liked the Band-Aids. So we would bribe them with that and they’d start brushing their teeth. And they’d never seen soap. And they’d go at a rice paddy or river and see the bubbles from the soap. It was hard to believe that you left the United States and what you were used to and you’d go over there and they’d never seen soap or a toothbrush or toothpaste. So, you realize how different that world was and you were in the middle of it.

I realized, I spoke at the time no Vietnamese and they spoke no English yet you could still communicate. And, it was easier to communicate with the kids with the language barrier than it was with adults. But, with the kids they were completely open and if you just showed them something, they would respond—whether it was brushing their teeth, or washing their hands, or learning how to play baseball. Which made me realize kids are so much more open to learning than adults. [It made me realize that] if you ever want to make a difference then that’s where you can make it.

Opinions on the War

Throughout the war, did your opinion of the United States involvement ever change or did you feel that way throughout the entire time?

No it did change because I was pretty ambivalent about my feelings when I first went there. When I saw what was going on, when I went over there… like I said, I didn’t have strong feelings one way or the other except for supporting the troops. But, I saw first-hand a lot of things that were happening to the South Vietnamese by the North Vietnamese (and even the South Vietnamese people that had nothing theoretically to do with the war—they weren’t soldiers) and how they were treated and I felt way more aware and in support of the South Vietnamese.

The movies, the films–I never saw any at the time–I saw subsequently, to me, took a lot of dramatic license with what actually was going on there and in a lot of cases it glorified what going on because what was going on wasn’t pretty and it wasn’t the glory thing that they portrayed in some of the movies. But then on the other end, there were movies that showed everyone was stoned or everyone was doing heroin and I never saw that. So somewhere in the middle of the way Vietnam was portrayed is what I could relate to.

If you’re referring to anti-Vietnam sentiment that a lot of the veterans [experienced], I never experienced that because I was wounded when I was in Vietnam and I spent the first two years when I was back in the hospital. So, I obviously wasn’t in a place that I saw that. But, what I read and what I heard, it just seems like its gone full circle because now when people talk to me about Vietnam, they don’t talk to me about it like they did in the 60s or early 70s. So either time or perspective has changed a lot of it and they realize it wasn’t viewed the same way as it was forty years ago.

Do you have any regrets from the Vietnam War? If you were in my position today, would you serve again, knowing what you know now? Not from a dangerous standpoint but more from a cause standpoint?

I think it would be unique to what the situation was. I wouldn’t particularly want…if I had a son, I wouldn’t particularly want him to go to war. But, I also can’t say that under no circumstances would I advocate it because if this country was threatened, my opinion would be different than going five thousand miles away to fight in a war that maybe the whole populous wasn’t backing. So, it would depend on the situation.

It’s just interesting to me that’s there’s even a class on the Vietnam War in that, like I said, forty years made a big difference where people are interested in what went on where forty years ago you couldn’t have gotten anyone to take a class on Vietnam. So that’s a big turn around.

Scary Moments from the War

I was nervous because no matter what your training is, it’s one thing to train in San Diego at Camp Pendleton and it’s another thing to be in Vietnam. It took a lot of acclimation because the temperature and the humidity. You never could experience that anywhere you’ve ever been. And it was uh, it was scary.

Can you just walk us through then what a daily experience in Vietnam was like?

For the most part, if we were in our own area, it was boring. There wasn’t a whole lot to do. But, inevitably you would get a call that the Viet Cong, the North Vietnamese, were in an area that was threatening to the South Vietnamese and your troop or your platoon would get ready to go. And that was always nervous because again, you don’t know if you’re coming back.

So then, what would you say, if you feel comfortable, was your scariest moment that you had when you were in Vietnam?

Apprehension-wise, it was always being in a helicopter going to where you were supposed to—say two miles short of where intelligence said the Viet Cong were and you knew that there was no chance that you weren’t going to find someone. So, that part was scary because it was like anything else—you’re going into something that you know isn’t going to be pleasant and it’s just inevitable.

For me it was different because I was the only medical personnel and it was, I mean, for reasons, for their own safety reasons and because they appreciated wheat you were doing, you were almost treated like God. It was… you were the only medical personnel and there was say one hundred and fifty Marines and only one corpsman so they did take care of you. But for me personally, it was the first time in my life that I had ever been responsible for anything. I mean I had always either lived with my parents or lived with a family when I played baseball and now I had one hundred and fifty men depending on me. So, it was scary but it was exciting. It was nothing I’d ever experienced.

This entry was posted in American, Profile, US Marines and tagged American, corpsman, Marines, Todd Mirsky, veteran. Bookmark the permalink.

Todd Mirsky was born in Brooklyn, New York. He spent just a few years living there before moving to Hollywood, California. He attended Hollywood High, and played basketball and baseball. He signed up for the Marines with some of his high school friends and was drafted to the war shortly there after. Todd served in the Marines for a year, and eventually was severely wounded in battle. He spent two years in the hospital recovering, and was honored with a Purple Heart. He coached basketball and baseball for many years after returning from the war for Miraleste High School, and was also a principle at Mira Catalina Elementary. He currently is an assistant varsity basketball coach for Peninsula High School. He lives in San Pedro with his wife, and has one daughter and a granddaughter.