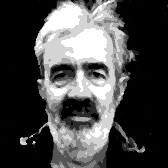 Growing up in wartime

I think what I have the clearest memory of was protests on college campuses. That was a pretty new thing back then. Nowadays we hear about college campus protests all the time, but back then it was something new and different.

It was on the news, it was in movies, stories of villages being wiped out, people being systematically massacred, the Vietnamese tactics. The punji stick pits for example – they would stick sharpened bamboo sticks in the bottom of a whole and cover it with leaves, and a soldier would fall into that and get his feet punctured by a bamboo spear. And the stories that came out about the North Vietnamese’ mistreatment of the POWs of course were uniformly awful.

Well certainly you don’t think highly of people who torture prisoners of war, but that’s exactly what the North Vietnamese did. I’m pretty sure there must’ve been atrocities committed the other way. In fact, my brother had a friend who did go to Vietnam, and he came back and he had a necklace with an ear, a human ear. (Q: Who?) A friend of my brother, went to Vietnam and came back with that human ear as a souvenir, so there obviously were some atrocities committed by the U.S. as well as the North Vietnamese.

Well, my brother was draft age during the war, and he would’ve been drafted and probably sent to Vietnam. My parents ended up hiring a lawyer who specialized in getting guys out of the draft, so he never had to go, but he was affected by it in the sense of having to work to avoid it.

The thing that bothered him the most about being drafted was just that some guy was going to be above you, giving you orders, and there was nothing you could do about it – you’d have to obey. He didn’t like that military command structure.

Well my mom didn’t support the war and didn’t want him fighting. My dad was a World War II veteran. He came from a generation where it was your duty to go fight wars for your country, and I think he still felt that way even with Vietnam, although obviously the reasons for us getting into Vietnam were nowhere near as compelling as the reasons for us getting into World War II and my dad knew that. But I think overall, if it had been up to my dad, he wouldn’t have tried so hard to keep him out of the draft.

I’ve met a few people who went there, they weren’t my contemporaries. I can only think of two or three people and they didn’t come back very strongly affected by it, mostly because they weren’t on the front lines of combat. They were working in support operations, they’d be a helicopter mechanic, they’d be a cook back at the mess hall, something like that. They wouldn’t have seen direct combat, they would’ve been just working at a job mostly.

In Vietnam, the country of North Vietnam by itself was obviously no threat to the U.S., but it was the Communist ideology that people in the U.S. were worried about – that Domino Theory that said you let one country fall to Communism, then more and more will fall afterwards until the U.S. is finally surrounded by more Communist countries than we can handle.

North Vietnam was being supported by Russia, by China, by its fellow Communist countries. That was the big problem with that war, was that the U.S. could’ve easily defeated Vietnam if that was the only country we were trying to defeat. It’s just that the military was hamstrung not trying to fight an all-out war because there was a worry – would Russia step in? Would China step in? Would it escalate into a nuclear conflict?

You heard it from most military men saying that their hands were tied in that war, that you couldn’t really fight to win because there was such a danger of creating a nuclear confrontation with Russia or China.

You’d have to say that we lost the war, but in the old days losing a war meant being conquered and enslaved by the enemy and of course, there was nothing of the kind in pulling out of Vietnam.

Well we had already dumped so many lives, so many resources into that war…yeah, we could’ve dumped a few more dollars into the war and saved a few lives but you have to end it at some point, and that’s what they did, is end it.

In retrospect, yeah, it didn’t accomplish what we would’ve wanted to accomplish. It cost a lot of lives and money, but, you know, nobody has a crystal ball at the start of these things. You can’t help making some mistakes sometimes.

This entry was posted in American, Civilian, Profile, The Draft. Bookmark the permalink.