A Vietnamese-American's Recollection of the War 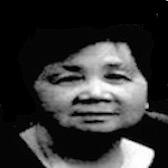 MRS. PHUNG: Hello everyone, I am Tu Phung. I am a stepmother of Quyen Dang one of USC (University of Southern California) student. Welcome to my home. My son and two of his classmates are here today to talk about my experiences during the Vietnam War. I was already a young woman when the Vietnam War started in 1968 and here is how my story began. In 1968, I was a young woman and I just turned 18. By the time the war ended in 1975 I was 25. During these times, I lived in Saigon that is now called Ho Chi Minh City. When I turned eighteen, I moved away from the country into a big city to live with a friend from school. My mother still lived in the country but she also was affected by the war. I remembered when the Vietcong entered the city, they searched all the houses and businesses for things like gold and silver. It was like they’re robbing everyone. Some people tried to escape. I stayed in Saigon and just hide out and so as my mother in the country because we didn’t want to leave our homeland.

MRS. PHUNG: No, in 1968 I just finished my senior year in Saigon and I started a new job as a seamstress. I lived with a friend who had an alteration shop.

QUYEN: What year did you came to the United States and were you one of the boat people?

MRS PHUNG: I came to the US on a plane. In 1975, I did not try to escape like others on a boat. I met my husband four years after the war and in 1984 he applied to go to the United States in a different way.

QUYEN: In what way and what was the process?

MRS PHUNG: My husband was also a soldier during the Vietnam war for the South Army but he got injured and left in 1974 before the war ended. Once the war was over he ran into the country and became a normal civilian so the Vietcong only thought of him as a normal man. I actually met his wife first in Saigon and we became friends. But, when his wife passed away and left him with his three children, I agreed to her in her death bed to marry him to take care of the children and we have been together since then. My husband applied to the US Embassy and fought with the Americans and that his oldest son from his first wife is half American and quarter French. So we have a mixed race in our family. The process took about six years. They called us Eurasian. Once we got an interview with the American representative at the Embassy, they approved and flew us to the Philippines for seven months. While in the Philippines, we had to go to school for 7 months and American teachers taught us English and American cultures before we could go to the United States. In 1990 we finally arrived and settled in California. We had a sponsor; he was my husband’s friend from the military during the war.

LIBBY: Have you been back to Vietnam since 1990 and if you did, how does it feel to go back to your homeland?

MRS PHUNG: I have been back twice. Vietnam is not like it was before. Ho Chi Minh is more lively and festive. The streets and buildings are more modern. There are more cars on the road now like BMW and Mercedes Benz.

LIBBY: Can you tell us a little more about the war?

MRS PHUNG: I remembered when the war broke out, everyone was really scared and there were so much sorrow. The streets were quiet and empty. Everyone was in hiding because they did not know how to deal with this and all they could to stay safe was hideout. That was at least where I lived. I am not sure about the rest of the country. My mother told me she was also in hiding because the Vietcong came in and shut down all the businesses and raided people houses. The North Vietnamese soldiers destroyed the cities in 1975. They burned down houses and buildings. They shot their weapons at all the men they thought were traitors or American soldiers. Many were killed in Saigon.

LIBBY: Did you see American people or soldiers in Saigon before the war or during the war. If so, how do you feel about them being there?

MRS PHUNG: Well, there were many American and soldiers in Saigon at the time when I visited my mother. I saw soldiers in bars hook up with women (call-girls) and Soldiers in the country who also passed out treats and foods to the little children. The children love to have the Soldiers around. I was okay with the American soldiers because I felt somewhat safe because they’re like security to Saigon.

LIBBY: How do you feel when the Americans pulled out and left?

MRS PHUNG: At that time, I did not know what to think. I didn’t understand why they just left and did not finish the job. If they fought all they way or continued to support, we would have won the war and I would probably still live in Vietnam.

QUYEN: Can you tell us what the Vietcong did to the civilians?

MRS PHUNG: The came in and robbed everyone, especially the rich families. They took what they could. Also we had to change the currency. When the Vietcong took over, they told everyone to exchange their money to the North currency (Dong). For example, if you have 1 million of Southern currency and you get only 100,000 in Northern currency, you loose everything. They also let you use the money to buy what you could to save the value of the currencies, like grains, rice, gold, silver, jewelries, and silk.

QUYEN: You said they shut down businesses and how do people live?

MRS PHUNG: An example is my mother in the country. Everyday she went to the supermarket and sold products like meats and vegetables. They shut all the businesses down and didn’t allow anyone to have any business. My mother opened a small restaurant out of her home to make a living because we had to survive.

LIBBY: Would you rather stay here in the US now or go back to Vietnam?

MRS PHUNG: I would like to live back in Vietnam but because of my children, my husband and I would rather stay here for them and to be with them. The last time I went back, I noticed the rich was really rich and the poor was just so poor. I saw an eighty-year old lady on the street selling lottery tickets and begging for food. Over here in America, we have everything and the lifestyles is very comfortable. We do not worry too much when our next meal is. We have healthcare thanks to the government. Now that I think of it, I do not think I want to go back to live there because my brother is here in Pennsylvania and my mother already passed away. This is my family and I am staying here.

LIBBY: Do you have any family’s member fought in the war?

MRS PHUNG: Actually most of my family did. My brother in law was a soldier and he was killed during the first year of invasion. His wife joined the forces to replace her husband. My father was a military police and my younger brother was in the Navy. My younger brother escaped Vietnam on the boat like the boat people and now lives in Philadelphia with his whole family.

QUYEN: Do people still talk about the war when you went back to visit?

MRS PHUNG: I was there for almost a month and the new generation did not really talk about it, but the older generation, like mine and my mother’s, do still talk about it once in a while.

QUYEN: Since the war ended, how is the education system now? Do they make the people learn about communism?

MRS PHUNG: Well, yes. After 1975, once the communist took control of the entire country, everyone from children to twelfth graders that attended schools must learn the Communism. For example, they sang their songs and learned their way of life. For us grownups, we just went along and kept quite of our traditional life before 1975.

Tu Phung was born in Vietnam and her story begins in 1968 until she moved to California in 1990. Her experiences of the war are not like many other's; she stayed in Vietnam instead of escaping by boat. Mrs. Phung’s entire family was involved in the war. However, some passed away. She managed to come to the United States and settled with her husband, three stepchildren, and two daughters in Orange County, California. Mrs. Phung and her husband talk about the Vietnam War from time to time in order to preserve the memories, but they often keep a lot to themselves about the experience as a whole. If there was no war, Mrs. Phung and her husband would still be in Vietnam because that is their home. But, for the sake of her children, she decided to flee and come to California.

Libby Knight, Quyen Dang, and Arjun Mehta are three USC students learning about the history of the American-Vietnam War.