Experiences of an American Soldier 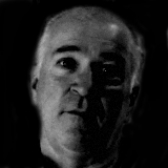 My name is Trent Young, originally from the East Coast, Phoenix resident now, 63 years old. My father was career military so we were raised in a military family, traveled all over the world with him. Back then it was the patriotic thing to do. Everybody, unless you were a draft-dodger, everybody wanted to join the military, everybody wanted to be a part of Vietnam. Everybody wanted to “stop communism” back in the time. And the way the world was described to us as younger people is the communists would come and get you. So, raised like that, I had to do it.

My oldest brother ran away from home, lied about his age and joined the Marine Corps when he was 15. My second brother a year and a half older than me, he joined the Air Force. As soon as I graduated from high school, I mean I didn’t even stick around for graduation ceremonies, I left, I took off and I was gone into the Air Force. I thought I was gonna go in there and be an air traffic controller, but I found out after basic training that they had different plans for me.

I went into the Air Force in 1971, my full intention was to become an air traffic controller. And I found out after basic training, I went to security police school and then after that I was sent to Langley, Virginia, to learn a little different arts from the United States government.

So, eventually, got to Saigon, got to Tan Son Nhat Air Base, and you’re there. They put you on a bus and took you to where your barracks were gonna be. And the people, I mean the first indication of the people, they were like nothing you have ever seen before. It was like “#1 GI, GI #1, GI you buy me cigarettes, GI me love you long time for 25 cents.” I knew it was gonna be a whole different world over there and it was absolutely amazing. And the funny part was I got orders and I was put on a plane at Travis Air Force Base and I didn’t know where I was going, and my brother he got orders and I knew he was going to Vietnam. So, when I left for Vietnam I had no idea until I opened the sealed orders once I got on the plane. And I was like “Ok, I don’t know where my brother’s gonna go,” and my first day in Vietnam, walking down the street, look up, looking at a bus, another incoming bus, and there’s my brother in there. So, my brother Ron and I we were both in Vietnam together so that was kind of cool. But, I went into the base and looked at the barracks and then they said “no, you’re gonna live downtown.” So I went into in downtown Saigon.

We got in, we stirred up a country that we had no business being in. We had no right in the world to be there or tell people how to live their lives, but we went in there with our great big American dollars and our great big American promises. And we ran across an enemy that could go tunnels, build tunnels, go underground, and literally kicked our ass. We spent billions of dollars on bombs, figuring out how to bomb them. They survived. And they survived and they kicked our ass.

But in Vietnam, Agent Orange, didn’t tell the villagers, didn’t tell anybody, really didn’t even really tell our soldiers, just drenched ‘em. My brother, he was one of the ones that mixed the stuff up and put it on the plane. When he committed suicide at 26 years old his hands and his feet were literally being eaten off of his body. And then you think… the peaceful people, the people of Vietnam, South Vietnam, North Vietnam. We never went back afterwards to see how they were dealing with it. Never fixed a damn thing. We’re back over there now, we’re over there making money. It’s nothing we did. Yeah, we destroyed their people, we destroyed a culture, and thank God they were a lot stronger than we are because they were able to rise again.

But when you’re on the ground and you’re with the people, with the actual Vietnamese people, and you talk to them, you don’t talk at them. You never talk to the Vietnamese people, they won’t allow it, you talk with them. Then you start to have a conscience. Then that’s where the problem is. Your normal grunt, your normal cavalry, your normal infantrymen over there, your ground support, those are the ones that felt it. Like my brother, simple things, never fought the enemy, mixed the Agent Orange, but it killed him. Killed him 8 years later.

It doesn’t matter; you have to take this hill, you have to take this land, you have to do this. “Why?” “It comes from command.” They take the hill, they loose a thousand men. Oh well, and they lose it a day later. “Ah, but we did succeed!” They talk about Iraq and Afghanistan where these guys are losing… One dies from Phoenix or one dies from LA and it’s big news. When a thousand die, when 200 die from Phoenix, when 500 die from LA in one conflict, you didn’t hear about it back then. Thank God for Walter Cronkite. He was the one that brought the news, he was the one that brought the war to the living room. And when he brought the war to the living room that’s when people started seeing this is ridiculous, this is stupid, we shouldn’t be doing this.

“Do you still talk to many people that you served with?”

None, zero. I talked to one, Tech Sergeant Villareal. He was one of my supervisors in Thailand. I talked to him years ago when I wrote my book. He was like, “what the hell are you doing telling people about this?” And that was the last… I don’t even know if he’s alive anymore… but, no.

But my dad said, eighteen and you’re out of the house. The military was the perfect thing: the training, the education, the discipline. I make my bed every morning. Kids these days don’t even know how to make a bed. Its simple things like that: attention to detail, understanding your fellow man, appreciating relationships, appreciating friends. So, yeah, I wouldn’t trade it for anything in the world.

Hey Trent, it’s your cousin Lynn. I just wanted to let you know we’re all thinking of you and we hope you’ll reach out and connect again. We might have disagreements but you’re still family and always will be. I hope all is well with you and your wife.

Trent, This is your cousin. Please contact me at my email address. Thanks.

Trent Young is an American Vietnam veteran who grew up in a military family on the East Coast. He joined the United States Air Force immediately after his high school graduation in 1971 and was stationed in Saigon until the conclusion of the war. Trent now resides in Phoenix, Arizona, with his wife Ava and drives FedEx routes between Arizona and California. He has published a book about his experiences titled "And That's The Way It Was".

Jordan is a junior at the University of Southern California majoring in Biological Sciences. Michael is a senior majoring in Business. Jeremy is a freshman majoring in International Relations/Global Business.