The Memory of Hung Do 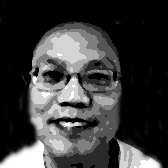 Life in Vietnam vs. life in the U.S.

If I didn’t have a scholarship to go abroad to study, I probably would have been drafted in the army as well and served in some sort of function. So the whole society, everyone need to serve in the army. And there was this constant pressure for children there, including myself, from your parents and from, you know, fear of being drafted, to go to the front and fight. So they have this deferment for student. So if you, by eighteen, you graduate, you complete your high school, you have your high school diploma, you got deferred. And then you get to study university, so four years more and you complete your college degree, you get deferred, and then at that time then you serve in your army. Everybody has to serve, but now the bad thing is if you say, by the time you’re eighteen do not have your high school diploma, you go into the army. And the school system, you know, here the education system is great, right, you fail a grade for example, you just take that one or two course again, you don’t lose a whole year. There, it’s more like the French system, so if you fail one year, because of, you fail, you know, overall grade you didn’t make that year, you have to take that entire year again. So basically, in your high school, twelve years in high school, if you fail any year, that mean you not gonna be able to get your high school diploma by eighteen years old. That means at eighteen years old you get drafted into the army. So this constant pressure, right. Basically you do well in school, otherwise the alternative is grim. So that’s constant pressure we had to live under as a student even though we were not directly exposed to the war. So basically, our life is to study really hard at school and then in the evening we would go take private tutoring. And it was like, every weekday was like that. But everybody does it, everybody does it, so for us, it’s like, you know, that was normal life. We didn’t feel like it’s hard work or anything like that. It’s just everybody has to do that. But there is always that fear that if I’m not gonna do well this year, that’s it, I’m gonna be drafted when I’m eighteen years old. So there’s always that constant fear in the back of your mind, so that was interesting now thinking back.

What are some of your more explicit personal memories of the war while you were living in Vietnam as a kid?

You learned about the Tet offensive? So there was a curfew for three or four days so we were kind of confined at home during that time, but after that we would have to go out, you know, go to the market try to get food. So that was the first time when I went on the street and I saw a dead body in the street. Civilian, North Vietnamese soldiers, South Vietnamese soldiers on the street. That was pretty traumatic for me. So those are the incidents that I am exposed to. And the other thing, basically, one time I was in jail for a day, half a day, because I wear long hair. So there are restrictions like that. So they would have a checkpoint and they stop you and they always check your ID and see if you are a legit, you know, citizen and all that and then at the time for some reason they say you have long hair so there was a bunch of us, you know, young people at the time so we were exposed to western, you know, culture as well; listening to the Beatles and things like that, and long hair at the time. So I wear long hair just like most of my friends, so they actually stop us and jail us for half a day and then make sure that we go home and get our hair cut!

When you went back to Vietnam as a tourist, how did that make you feel? What were some of your favorite/worst memories from that visit?

There’s probably, I didn’t meet those people. So basically as a tourist right, I basically, I hired a tour company, we went there as our whole family, it’s about 10 person, so we hired a van, right, so we hired a guide, we hired driver, so drove us from the north to the south and stopping at different places as a tourist. And everything that we’ve seen and met, those are, those places are here for tourism so they are very nice to us. I guess I never really directly come in contact with people who are deeply affected by war. And that’s, I would think probably there are people like that. So, luckily that’s not, I am not looking for that, as a tourist, so… yeah absolutely, it’s a beautiful country. It’s a, I had a wonderful experience, you know, people, you know, people I’ve come in contact with are generally very friendly, that I came as tourist. So, very, very positive. The only thing you know, which really sad is I went back when I came back to Saigon right at the end of the trip, I went and visit my old home. I figured, you know, I asked the hotel to show me where is it in, the street where I grew up as a kid, because all the name of the streets has changed, you have to ask them that this used to be this name, look it up, you know, in their books. So I walked and visit my old house, and it was a very, very sad experience. It’s completely changed, you know, they erased the whole house and rebuilt there ten story building, which now house an insurance company. So I looked at this, you know, it felt like, tears came to my eyes, and it felt like, you know, all your memories of your childhood is completely erased. There is no trace of that at all. That was really sad and heartbreaking experience for me. I didn’t know it was that, you know, evoke so strong emotion. I wish I didn’t visit it. It really is, I mean, still to this day, I mean, when I think of my old house and now, what it is now and everything is completely wiped out, I still feel sad about it. But other than that, it was a wonderful experience. The people are wonderful…they really are.

Do you feel that the war has left a lasting impact on the relationship between Vietnam and the US? If so, did you experience any hostility when you were there as a tourist?

A lot of younger generations there, you know, they did not grow up with the war, so basically for them I am a tourist. They treat [me] very nicely. And from what I’ve heard, you know, even American citizens who go back there, they say ‘you know the war is over, you know, you’re a tourist and that’s fine.’ They are very friendly. So there is no overt resentment of the fact that you are from here. I didn’t detect much of it at all. But some of them, you know, the people that I met in the north are hard core communist, right, so you try to avoid talking about your anti-communist stance and you’ll be fine, yea you’ll be fine!

This entry was posted in Communism, Profile, Viet Nam, Vietnamese. Bookmark the permalink.

Born in South Vietnam, Hung Do was raised in a strongly anti-communist family and lived a relatively normal childhood. However, since the war was actually taking place in his backyard there were several incidences Mr. Do experienced as a direct result of the war. He successfully received his high school diploma by the age of 18 making him eligible for deferment where he chose to take his university studies across the globe to California State University Long Beach. Within a few years some of Hung’s family were able to escape Vietnam before the fall of Saigon and now he and his family live in Walnut, California. He’s a retired software engineer and has a daughter who attends USC which is how we met Mr. Do and were able to uncover the story behind his childhood in Vietnam and his transition to the US.

Vincent M. Rios is a senior at USC graduating with his Bachelor of Science degree in Human Biology. He is also a member of the varsity Men’s Volleyball team and a current Master’s degree candidate in Global medicine. Wenwei Wang is a senior undergraduate student in USC Marshall School of Business, originally from Guangzhou, China. Chad Smylie is junior undergraduate student at USC pursuing a Bachelor of Science in Human Biology.