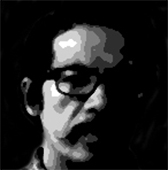 My name is Sayon Syprasoeuth and I was born in Cambodia in 1967. I came to the United States with my family in late 1979. Well, it took a while, but from Cambodia we went to live in a refugee camp for a couple of years.

Q: What did your family consist of?

My family; we have my parents and seven brothers and sisters, so eight kids all together.

Q: When and how did you escape Cambodia?

Yeah, yeah, I was six years old and we escaped as a collective family, as a village, and it was a hard time, even talking about it I guess could trigger these traumatic memories for many people that have gone through it. And I think many people, the older people that were really in it, I mean some of my cousins talked about it, joked about it; given that it’s such a terrible thing to go through you have to joke about it or else it becomes too painful to bear. But yeah, we escaped as a family and as a village into Thailand. We got sponsored – that was the thing – when you get into these refugee camps you have to be sponsored by a family member from another country or someone else that’s from a stable country, or an organization such as a church or a group out there. We were sponsored by a church in Iowa, a Lutheran church. Yeah, when we got there it was winter time. You know here you guys are thinking, “What’s wrong with winter?” But if you came from a tropical country and you ended up in Iowa in the snow, you’re like, “What is this place?”

Q: Did you stay at multiple refugee camps?

Well the main one was in Thailand, but before we ended up coming to America, it wasn’t just a direct flight to come to the United States. We had to go through the Philippines – I think we went to Korea first and then to the Philippines. And it wasn’t like a week stay, it was just a couple days, you know, where they house you for a little bit.

Description of the Violence

Q: At the time did you know why your family was escaping Cambodia?

The reason why we left was because of the Khmer Rouge. What happened was, when they came into power they got into the capitol of Cambodia in tanks and jeeps, with guns, and everyone was cheering in the capitol thinking they were here to rescue them – when in fact they were celebrating and all of a sudden they turned on their own people and started chasing everybody out of the capitol into the fields. So they really started killing people that were from within the other government, the Lon Nol government. At first they were targeting former government officials and then they were getting people associated with western ideologies, and pretty soon they were just killing anybody, anyone that was an artist, that were professors – just indiscriminate from there on.

Q: Did your family suffer any victims as a result of the Khmer Rouge?

I have my uncle’s wife that was killed by a landmine. That was another thing too – landmines. My other uncle, when we escaped, he went back to retrieve his other relatives just to get them out safely into Thailand but he was eventually killed too. I thought it was really stupid of him to go back at the time, but now thinking back, you know, you want to rescue the rest of your family right, you want them to be safe too, and he risked his life doing it and he had to pay for it through being killed.

Q: Have you returned to Cambodia or noticed the current state of the country after all this time?

I think unfortunately because of Laos, I mean because of the bombing in Laos, there’s a lot of unexploded bombs that are still in there. Even in Cambodia too – I think it short for UXO – unexploded ordinance, and even today, it’s unfortunate, it’s such a dark time in our world, for that war to happen, but even today many kids find these small “bombies” they call them, the size of a baseball or tennis ball, and the kids play with them like toys, or the farmers would hit them when they are digging in their fields. Because it’s such a tropical country area that these “bombies” sink into the dirt and when they’re digging, they hit it and they explode and they’re maimed, they’re killed, people lose their limbs. There’s some effort at trying to clear it, but it’s very slow.

Q: What do you remember the atmosphere being like before you escaped?

We lived in a small village and when you hear gunshots going off and bombs going off – besides it being obviously scary – you don’t know what’s going on. Eventually the adults would know what’s happening and that’s when people started gathering themselves because of word of mouth that, you know, “Oh this country is getting taken over by communism.” And that’s why they left.

Q: Did being Laotian in Cambodia change your perspective on what was going on?

We are a minority group of Laos in Cambodia. We just assumed that the Khmer – Khmer is a word that we use to refer to Cambodian people living in Cambodia, and there’s also the Khmer language – but at the time, many of us really blamed the Cambodian people, just like straight out stereotyping all the Cambodians, “You did all the killing!” you know, which was not accurate. And the older people might think that, but when you look back in history you realize, “Oh wait, it wasn’t them, they were also killed too. It was this other group of Khmer Rouge people that did the killing. And why did they do it?” And when you look back at why they did it, well, because these adult Khmer Rouge leaders brainwashed the young kids into separating them from their parents and families and brainwashed them to do the killing – to do the dirty work. And so if people start to see it that way, they would be a little more understanding I think. They could still be angry about what happened, but just to know, that this is where education comes in.
And I had that myself too because I was taught by my elders that, “No, the Cambodian people chased you out of your own country.” But when I got to know more about the history and what in fact happened, I almost feel like I was… not lied to, but was not given all the pieces of information that I should have known. Maybe they didn’t know it themselves, and that’s also kind of dangerous too – information that gets travelled down by somebody that knows very little and the receiving people gets it and assume it’s the actual thing. We’ve probably heard that throughout the world and in this country as well.

Q: What are your feelings now about what you have experienced?

I think many people are really – my family included – we are just really in a reflective state even though it’s after almost forty years now from the time it happened. And I think it’s a long time coming to talk about it and try to put pieces together about what happened.

Born in 1967, Sayon Syprasoeuth is of Laotian descent and lived in Cambodia until he was six years old. At this age, he escaped Cambodia with his family and entire village into Thailand. In 1979, after living in a refugee camp for a couple of years, his family and village were sponsored by a Lutheran church in Iowa to come to America. Sayon describes his experience of being a minority (Laotian) within Cambodia and the subsequent misinformation he was exposed to - that the Cambodians were responsible for the bombing and killing of his people. After coming to America he researched and learned about the Khmer Rouge and the real perpetrators behind the violence toward the innocent people in Cambodia, who were both Cambodian and Laotian alike. Sayon is an artist and has composed artwork reflective of the complicated emotions and experiences he and fellow victims of the Vietnam War have undergone.

Austin Cooper was born and raised in Southern California. He transferred to USC in the fall of 2013 and is majoring in Policy, Planning, and Development with an emphasis in Nonprofits & Social Innovations. Patrick Lee is a sophomore majoring in Architecture at the University of Southern California. He was born in Texas and comes from a Taiwanese background. He is set to graduate in 2017 and hopes to also complete a minor in Urban Planning and Development. Ioan Trayanov is a sophomore majoring in Neuroscience. He was born in Bulgaria and attended school in the US. He plans to attend medical school after his graduation in 2016.