If they told you to do something, you had to do it. You were given no choice 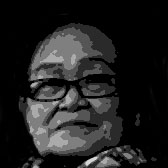 Bernice: They would usually divide the neighborhoods into smaller groups, usually of ten people.  They divided us so it would be easier for them to keep track of the work that needed to be done.  For my teaching job, they didn’t make me work much.  They made us teachers do chores for them instead.  When high-ranking government officials would come from Vietnam or elsewhere, they called on us to work.  Since we were the schoolteachers, we had to divide up tasks like doing the cooking.

Interviewer:  This was working for the communists correct?

Bernice:  Yes, this was all work for the communists.

Interviewer:  What was it like to work for the communists?

Bernice:  There was no such thing as asking for days off.  You would get into trouble if you asked.  If they commanded you to dance for their amusement, you had to, regardless of your age.  They would make you dance to entertain the guests that they would have over.  If they told you to do something, you had to do it.  You were given no choice.  Like I said, if they knocked on your door, they would take you and may kill you if you had said anything against the communist officials.  They didn’t care what it was.  Sometimes cousins or neighbors would ask, “Have you seen where my child has went?”  The communists would say, ” We have seen them, but they have been transferred to a different camp.”  They would keep sending them to higher-level camps, and eventually we’d never find them.  We couldn’t keep bothering them about it, because they’d become irritated.  If you made them angry or mad enough, they would capture you and you might also disappear.  If you were taken, you didn’t know if you’d be killed or taken to a reformation camp as far away as Hanoi.

Interviewer:  How long did you stay in Laos after the communists took over?

Bernice:  A little less than a year, I fled the country as soon as possible.  Right after I saw your father forced into the communist army, that’s when I knew we had to leave.

Living Under the Communists

Interviewer:  What was it like living during the war?

Bernice:  The communists came and took over everything.  They made us go to something called a seminar.  These seminars were held at their headquarters, and they made us do work there; sometimes from morning until night.  You had to chauffeur them around late at night or do chores for them during the day.

Interviewer:  Did everyone have to work for them?

Bernice:  Everyone had to, even those in the army or in business.  Early every morning, the communists would do as they pleased.  They played things like drums and music.  They woke up everyone and had us do things like clean the streets that people would use as a bathroom.  We were forced to do work ranging from two to three hours.

Bernice:  Yes, we were doing all that work for them.  People who were teachers, like me, didn’t really teach.  We had to go to seminars for most of the day.  Then, at night, I got to teach students a little, but I mainly had to garden, water plants, and plant vegetables.  For example, they would split us into groups of ten or so people and would force us to farm three fields that were assigned to us.  The farms had to be nice and organized.

Interviewer:  They told you to do all of this?

Bernice:  Yes, when the communists were in power, we were given some of the hardest jobs.  They made us do things like raise chickens and pigs for them.  Living in a house or building didn’t excuse you from work either.

Interviewer:  Did your two sons also work for them?

Bernice:  Both of them were enrolled in school at the time.  But, when they turned sixteen, they were forced to enlist in the army.

Interviewer:  The army?  They had to join the communist military?

Bernice:  Yes, the army for the communists.

Interviewer:  Not the Royal Laos Army?

Bernice:  No, they were forced to enlist at age sixteen and were turned into what was called a “little soldier”.  They gave you a gun to carry, a long gun.

Interviewer:  So these “little soldiers” weren’t sent off to fight in battles or wars right?

Bernice:  No, they weren’t told to go to war.  Generally, they were assigned to watch and stand guard.

Interviewer:  All for the communist’s benefit?

Bernice:  Yes, and at night it was hard to sleep.  We feared that the communists might come knocking.

Interviewer:  What did it mean if they knocked on your door?

Bernice:  If they knocked on your door, it usually meant you said something wrong that upset them.  The communists would come knocking, asking for a person to take.  Sometimes they would kill them.  Other times, they would take them to a place to reform their thoughts.  It was similar to the place at school were children are sent for punishment, where they are told what is right and what is wrong.  They didn’t just take you there to teach you right from wrong but also to work for them.  They made you do all different kinds of work.  You were never allowed to not be working.  They made you cut wood or trees, all kinds of things.  If they had any task, they would make you do it.  If their yard was messy or unclean, they made adults sweep, clean, and broom everything and anything.

Interviewer:  When you arrived in Thailand after crossing the river, where did you stay?

Bernice:  From there we stayed at the camp.

Interviewer:  How was it when you were living there, and how long did you live there for?

Bernice:  I was living there for one year and eight months.

Bernice:  We weren’t really scared, but they checked whenever you wanted to come and go.

Interviewer:  Thai people checked on people coming and going from the camp?

Bernice:  Yes, the Thai people were the guards and police there.

Interviewer:  How were the conditions there?  Were there a lot of people?

Bernice:  Yes, there were thousands and thousands of people there.  Everyone stayed in small-tent areas.  They were very long.  The tents, which they called houses, were divided into two sections for eating and sleeping.

Interviewer:  How many people lived in these places?

Bernice:  They had two sides.  On one side, there was about ten families and on the other another ten.  There were probably about twenty families total in each one of these tents.  There were many tents though.  There could have been many more.  The Hmong people stayed in one area and the Laotians stayed in another area.

Interviewer:  When you were living here, was it easy to get out and go about or did it feel more like a prison?

Interviewer:  No, at the refugee camp.

Bernice:  At the refugee camp, anytime you wanted to leave, you had to get permission and be back by nightfall.  You couldn’t not come back.  They checked who left and who came into the camp.  But there were many people who sold things at the camp, and there was even school classes there.  I even went to study at the school.  I studied English for about twenty dollars a month.  The teachers had been to America before, but they weren’t really good.  They just wanted money.  They were only able to teach because they had some books to use.

Interviewer:  After the refugee camp, how did you come to America?

Bernice:  First, we had to apply.  There were multiple countries that we could apply to, America was just one of them.  We were interviewed when we applied to each country.  Priority was given to those who had military ties.  If you weren’t affiliated with the military, it took a little longer to come over.  However, those who worked for the CIA were given priority over everyone.

Interviewer:  How about you?  Did you get to leave the camp pretty fast?

Bernice:  No, I didn’t get to leave that fast, because America had just switched presidents.     We had to wait since each president set a different quota for refugees, and that’s why it took a little longer.  We had to wait for about a year and a half.

Interviewer:  Did you get to leave there before most people though?

Bernice:  Oh yes.  Most people were there for a much longer time.  I just wasn’t lucky in the sense that I was trying to come to America right when they elected a new president.  For example, it was a hassle to wait and hear the quota that the new president would set regarding the amount of refugees allowed.  Then, after the new quota was set, we were a part of the second largest group to leave the camp.  That’s why it took so long.

Bernice Rattanasamay was born on February 13, 1935 in the province of Khom Moung, Laos. She was married to a brigadier general in the Royal Lao Army and was a high school teacher prior to her flight to America. After her husband was killed while fighting in the Laotian countryside, Rattanasamay and her two sons moved to a military compound belonging to her father-in-law, who was the Inspector-General for the Royal Lao Army. When communists took over the country, she fled with her two children to a refugee camp in Nongkai, Thailand. After residing in Nongkai for about a year and a half, she finally arrived in the United States on April 13th, 1978. She was sponsored by a family member and moved to Orange Country, California where she still resides today.

Kevin Doran is currently a senior majoring in Chemical Engineering. He is from outside of Chicago and will be attending Northwestern for graduate studies in the fall.

John Tanaka is currently a sophomore from Mililani, Hawaii. He is double majoring in Environmental Sciences and Health and Biological Sciences.

Alarick Rattanasamay is currently a junior from Lake Forest, California. He is majoring in Economics.