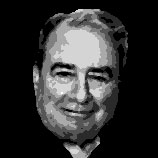 No Facts, No Plans

Q: What were your first impressions of Saigon when you arrived?

My predecessor there for The Baltimore Sun said “There are two things to remember here.” I said, “Well, what are they?” He said, “The first is there are no facts. You’ll get lots of things that look like facts but you’ll never know which one is real.” I said, “What’s the second thing? I mean because facts are what reporters need, that’s what we use.” He said. “You can make no plans.” Both turned out to be largely true.

Countries in war are chaotic and certainly that was true of South Vietnam. Less true of North Vietnam, their chaos was a result of lots of bombs falling on them but South Vietnam was just pretty chaotic. Couldn’t make plans, one could travel rather freely but you weren’t sure if you could get back. You never knew whether going up the road was going to be safe. No facts. So who, who’s in charge of this village? The government? The Vietcong? You could go there in the morning and get one answer and in the afternoon get another answer, and you wouldn’t know. But it was a very lively place. The Vietnamese, even in all this chaos, were doing stuff all the time. Very resourceful people, very resourceful. It seemed that nothing went to waste. Everything was used somehow and the food was good.

It Was Destroying Their Lives

Q: What was your impression of the average Vietnamese’s understanding of the war?

What they understood was their sons would be taken from them and they might never see them again. What they understood was the economy was devastated and they were living off the American dole. This was not a popular war among the Vietnamese. Now, did most of them want to become subject to communist rule? No. They had seen what had happened in North Vietnam under the Vietnamese Workers Party, it became increasingly Stalinist.

I remember going to North Vietnam, this was after I had left and I came back to go to Hanoi and I remember going through a village in North Vietnam with government escorts and this village had been bombed maybe the day before, maybe two days before by the United States. What had happened was, I’m going to guess but I’m pretty sure, a B52 flying quite high probably hit an air pocket, maybe it was dodging a missile and it dropped what they called a stick, you know about 8 250-pound bombs that went right through the village, dozens of people dead. They were not happy to see an American reporter, but it was a story that again I thought Americans should know about.

I saw many men my age serving there. I saw officers on their second, third fourth tours. I saw officers doing really difficult jobs. There was one I became friends with, a Lieutenant Colonel named Burr Willey. With that name he had to be a southerner. I actually think he was from Kentucky, not that southern. And he was an advisor to a South Vietnamese regiment, an ARVN tank regiment and this regiment was going up the road to a town called An Loc. This is 1972 and every day it was the same deal. Come noontime, the communist side and the government side would both stop fighting in order to eat and then have a nap to, you know, digest the food. Very Asian, it was hot.

Well, Burr Willey knew that the communists would get up from the nap faster and earlier. So he’d go down the row of tanks and armored personnel carriers with his big shillelagh banging on the tanks to get them moving and wake them up. Where were the Vietnamese officers? Who knows. But Burr Willey was there and he was not going to have this regiment decimated because they were all sitting there on the road. You just had to line up your artillery and right down the center. Well, you know, I’d go up and see him about every other day. Many of us would. “How is the advance to An Loc going?”
“It’s not, you know, two kilometers today.”

Well, one day Burr Willey didn’t get them up in time and the artillery came right down, decimated the regiment and killed Burr Willey. You know, I admired him. I mean he was doing a really hard difficult job with a great deal of cost because it was his duty.

I remember going to see the Chief Army Psychiatrist in Vietnam and I went to see her because I thought she could tell me things about the mental health of the troops. We had half a million men and women there, mostly men, but she was a woman. She was a full colonel. She was African American and she was all colonel. She was also a little quirky. She wore two wristwatches. One that told her the time in Saigon, the other told her the time back in Denver where she lived because she said she wanted to keep touch with reality. She had two piles of papers in her office, one was Stars and Stripes, the army paper, and the other was the Denver post.

I don’t know whether she ever made general but it was time for me to leave and I needed to be escorted out because it was a secure area in the military headquarters. She called out with a parade ground voice “Troop!” and this soldier came in saying “Yes Ma’am!” No doubt who was in charge.

Q: Did you leave Vietnam feeling the same way about the war as when you got there?

You know, I left as I told you thinking it was the wrong war in the wrong place for the wrong reasons. Just a tragic decision or a series of tragic decisions that if they had just been a little more clear-sighted back in June 1950 and understood what was happening in Korea they wouldn’t have imagined that Korea was China, and then Vietnam became Korea because people make decisions often by a historical analogy. So, we had this long angry war in Korea defending the South Koreans preserving what was then an authoritarian but has since become quite a thriving democracy. We thought wrongly that Vietnam was another Korea. It was also divided. It was divided by agreement after the French withdrew. The Geneva conference in 1954. So the attacks were seen as oh, there’s Korea again, we better get ahead of it.

When I got there and began to understand that this is not the advance of communism as much as it was a continuing civil war that we had gotten into thinking that we were going to make the world safe for democracy or whatever we thought. It wasn’t that way. We were also in the process of destroying the country. The famous quote from a general I think it’s in Jonathan Schell’s book (The Village) of Ben Suc “We had to destroy the village in order to save it.” That’s what we were doing.

The country, which had been a food surplus nation, became a food deficit nation. When you cant feed your own people you know you’ve got a problem.

The same thing happened in Cambodia and this war spread into two other countries, Cambodia and Laos, it wasn’t just Vietnam. Cambodia was really quite devastated and it led to the upsurge of the Khmer Rouge and one of the most murderous regimes of the 20th century.

Laos fortunately is kind of laid back and everything. They call themselves the land of a million elephants and of the white parasol, and there’s something to that image of a million elephants and a white parasol that suggests the Lao are pretty ok. But the Hmong people who were aiding the Americans in a secret war up on the Plain of Jars suffered tremendously and eventually were expatriated to the United States. We have a large colony of them up in Fresno and there are others in Montana of all places. I mean, we did a hell of a lot there, and with good intentions, always good intentions, except maybe the construction companies.

If your just there and covering it like it’s a ping-pong match or your simply writing the military briefing every day “Giant eight-engine B52 Stratofortresses thundered across the skies of Indochina on Sunday hitting targets in three countries…” That doesn’t tell you, the American citizen, what’s being done in your name. Yes, you have to do certain stories like that that report the battle and report the politics and report the negotiations but you also have to tell people what war does to the ordinary Vietnamese. I’ve covered a lot of wars, that was just the first one, and they have one thing in common, the innocent die. The innocent die.

The people who sent those soldiers, they go on live happy lives and retire in La Jolla or whatever. The soldiers who get sent, some don’t come home. Well they get another monument; they get their name on a monument in Washington. I went and saw Burr Willey’s name but you know, who builds the monuments to all those Vietnamese on both sides who never got home again? What about those two generations of Vietnamese women who never had husbands? Whose kids may never have seen their fathers again?

Michael Parks is a journalist originally from Detroit, Michigan, whose work as a foreign correspondent took him to Saigon, Moscow, Johannesburg, Beijing, and Hong Kong. He received a Pulitzer Prize in International Reporting in 1987 for his coverage of South Africa. He worked as the editor of the Los Angeles Times for three years and helped launch the “Reading by 9” program to help children read at grade level. Parks has been a member of the USC community since 2000 and was director of the Annenberg School of Communications and Journalism from 2002 until 2008. He was appointed interim director at Annenberg in June of 2013.