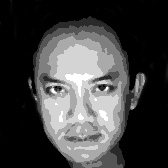 A: My name is Ova Saopeng.

Q: And what is your background?

A: I’m originally from Laos. I was born there in actually southern Laos, the province of Savannakhét. I came here to the United States in 1979 at the age of five.

Q: Okay. When your family was in Laos, did they have any interaction with the N. Vietnamese army or the real Laos government?

A: Yea they were connected with. Well they weren’t connected. They were influenced by definitely everyone, of those specific military entities. Um, so the story in terms from my family is that my father is actually in the military. He was part of the royal Lao army and he fought with the US against the Pathet Lao during the Vietnam War era. My understanding of what had happened was that the North Vietnamese used Laos to infiltrate the south and so the Ho Chi Minh trail actually goes through Laos and so that’s how my family and my father was involved. And he had already been in the military before during the Lao civil war, so i think that you know..uh..I’m kinda shady in terms of his military life but that’s why we ended up here in the US as refugees.

Q: And does your family have any sort of specialized background such as like the Hmong people?

A: Yes. So this is new to me as well. I’m learning as well. So one of the things about Lao is that there is a plethora of ethnicity that come from Lao. I think officially right now there is forty nine ethnic groups. I for one know that I am Lao Lom. Lao Lom meaning…they are categorized in three different regions. So the Lao Lom are the low land Lao, the Lao Theung are the midland Lao and the Lao Soung are the highland Lao. So and that’s just more regionally in terms of where you live within the values of the mountains. So the highland Lao are like the Hmongs and I believe the Mien and the Lao Theung are mostly the indigenous people of Lao and then the Lao Lom are the ethnically-Lao Lao. They are called Tai Lao. TAI. Tai means people and Lao meaning Lao. I myself am ethnically Lao Lom which is on my mother’s side and on my father’s side he is Lao Theung. He is Khun Kai…is another name for it. And so actually I am a descendant of the indigenous people of that region. My father is actually you know…his ancestry of the indigenous people of that region.

Q: So why did your family end up leaving?

A: Because our lives were in danger. When the communists took over in 1975 and the Pathet Lao took over, because my father had fought with the US, I guess the communists….his life was in danger and also our family’s lives were in danger. And so we escaped. Just to escape persecution specifically. My father was actually detained in a reeducation camp, in what they called the seminar camp for two years. And this was new to me as I grew up. I didn’t know about this until just actually several years ago. A lot of the challenges to finding out this information is because my parents’ generation and even the generation before my parents like my grandparents’ generation, most of them I believe are still traumatized by the war and so they are still affected by it and they rarely share information like that. And so what had happened and how it had happened. Sometimes unless you really press them and unless they are open enough to it and ready to share, you rarely get to know what had gone down.

Q: From your experience, how did your parents and yourself and other Laos refugees adjust to living in America?

A: It was hard. I think it was one of the most difficult adjustments to assimilate to this country. I think primarily for my mother I really respect and just kind of honor her strength and her survival skills. For her to, I mean escape on her own with her kids. Because anything could have happened during that boat ride when we escaped. Those guys could have decided to just kill us and not report to my father. There could of been so many different things. So in terms of once we got here, the adjustment was very difficult. Part of it was just the language barrier. Part of it was just adjusting to a whole new landscape – trying to find things and learning how to drive cars and finding a job. I mean my father was in the military and when he came here I think one of the first jobs he had was a dishwasher. I mean just you know his sense of value…his skills as a military guy and now he comes back and he’s washing dishes. My mother was working in the sewing factory and before she was actually working in a school administration as a secretary. So it was very difficult for them.

I think for me and my sisters it was a lot easier because we are young and we are going to school so we are newly learning the English language. I think for me personally…I mean going to what they called SLEP – Second Language English Program was kind of funny. But I was in ESL, English as a second language student. Even though now my language skills are a lot better than many. So I think it was quite a challenge to adjust and to assimilate to life here in America. Even in Hawaii, knowing that Hawaii is predominantly Asian-American and the diversity there. What was great about the adjustment in Hawaii was that we did see familiar faces like there were Filipinos. I grew up around Filipinos, Samoans, Japanese-Americans, Chinese-Americans and other Lao and Vietnamese. So that for me was a great thing to end up in Hawaii. But I do know other friends who came to the US and end up in Oklahoma , Minnesota, or in South Dakota and were the only Lao family, the only Asian family to be in either a predominantly white neighborhood or white community. So that was definitely a big challenge.

Q: How do you think that your background and your experiences affected the way the you were raised?

A: That’s a good question. I think it definitely for me as a Lao-American being from Lao I always hunger and yearn to meet other Lao people. At least for me personally, I’m one of those people. I always have my Lao-dar ready and I’m always looking for that random Lao encounter as I say because there is something about having a connection with someone who has a similar experience and coming from a very forgotten community to connect with each other. So that for me has shaped my life in a big way. In terms of just trying to investigate and find pride in my community and pride in myself is really big. Because the Lao people – even when I introduce myself and people ask me, “where you from?” I say I am from Laos. Most people don’t know even where Laos is or what Laos is. And so I have to continually educate people to say Laos is this country in Southeast Asia. It’s between Thailand and Vietnam. And the only Lao person that people know, if they do know is from the TV show King of the Hill, Kahn Souphanousinphone. Sadly, that’s where most people you know…And there’s many layers to the difficulty is that the war in Lao as part of the Vietnam war era was a forgotten war. It was a secret war as they say and so at least from the US perspective. So many US citizens don’t even know about how Laos was affected by the war. It has driven me to learn more about my history and my community. And one of the biggest issues that came up, that I’ve learned was the UXO situation – the unexploded ordinances in Laos where a third of the country was littered with the bombs.

These cluster bombs. They are called cluster munitions – in Laos they are called bombies. And a third of these bombs they explode and they are about the size of a tennis ball but they are littered everywhere throughout the landscape of Laos. And in my own province, I’ve been there and I’ve seen the remnants of the bombs and the effect on the village people even until today. So I’m learning about that and I’m learning about how the current government right now there is land grabbing and it’s like…I’m struggling with it all the time in many ways. One is how do I connect with the people in Lao knowing that I’m here miles and oceans away and knowing that there’s only so much that they can do in terms what they can do because of the way the government is run. At the same time trying to find a sense of identity here in the US…even that Lao identity. Like what is that? Because it’s not a Hmong identity and it’s not a Mien identity and so what is that Lao? Is it our similar experiences? If it is, then I think we have this universal experience that we can share with other communities. I, for one, feel that we are connected with the Vietnamese community and the Cambodian community for sure because of the war time experience and the post war experience. And so I am very influence by being from Laos and having been born there and and now coming here. It has shaped my life in a big way to the point where I have created, written and performed this play called Refugee Nation that is one of the only plays that shares the Lao-American refugee experience – interviewing the community nationally and taking the stories and sharing them through performance in theater.

This story is almost a mirror of my own. My family fled Laos and arrived in Hawaii in 1979 when I was about almost 3. My father was a soldier and faught on the US side. Being so young, I know very little of the struggles my family went through before arriving to the US. Both my parents have passed on and my siblings and I are not clos, so I have no one to ask about my history. the closest to my age is a decade older. I feel a great disconnect, not quite Laos, but not quite American either.

Ova Saopeng was born in 1973 in Savannakhet, Laos. His father was a soldier with the Royal Lao Army and was sent to a seminar camp when the Pathet Lao took over the country. His family fled Laos, making it to the refugee camp in Ubon, Thailand. From there they were relocated to Hawaii, where Ova and his siblings grew up around other refugees from the wars in Southeast Asia. Ova has gone on to be a producer with TeAda Productions, an important multidisciplinary performing arts group. One of their major works is Refugee Nation, a play about the experiences of a young generation of Laotians trying to learn about their country's past. TeAda Productions have gone around the country performing plays about Laos and sharing their refugee experience with the public.

Nicholas Nuveen is a senior studying at the University of Southern California. He is working towards a B.S. in Health Promotion Disease Prevention studies and minoring in Natural Sciences. His future goal is to become an emergency room physician. He is a Los Angeles native and is of Persian-American heritage.

Kyle Valdez is a sophomore studying at the University of Southern California. He is working towards a B.S in Critical Studies. His future goal is to become an established filmmaker/editor for Motion Pictures. He is a Houston native and is of Hispanic heritage.