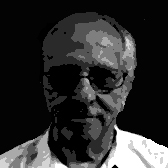 Part I: Reporting the War

How many times have you been to Vietnam? How did you feel every time?

OK, I went to Viet Nam several times, and the first time was in 1968. Before I was working for NBC, I was sent by a local television station from San Diego and I spent about a week there. I thought the story (the American involvement of the war) was fascinating. We’d had Tet 68 offensive in the first part that year and we still had a lot of fighting in 1968. So I thought I would like to come back some day and spend more time covering the war; it was an ambition of mine. I was fortunate enough to be hired by NBC News and I worked here locally in Los Angeles for a while. Then they sent me to Saigon in August 1970. I was in Viet Nam until May of 1972 through the Easter offensive of 1972, the major event that was happening. During my time that first extended tour in Viet Nam was the draw down of the U.S. troops. There were about 340,000 American troops in Viet Nam when I first got there. By the time I left in 1972. It was down to about 24,000 U.S. troops. And more and more of the fighting were being turned over to the South Vietnamese army. Then in 1975, in early April when things began crumble for the South Vietnamese. I volunteered to go back to cover the end of the war. I was there in April 29th, 1975. And I was on one of the evacuation helicopters.

You were saying you voluntarily decided to go to Viet Nam to report the evacuation. Why?

Well it was a big story. I think a lot of journalist who had cover the war in earlier stages came back in 1975 because they thought the war was a big event in our lives and this is probably the final chapter of it and we want to be there to see what was going to happen.

Can you recall and talk about the final days before the end of the Viet Nam War?

When I got there, there was a kind of sense of gathering panic, because the cities of north were gradually being overrun by troops of North Viet Nam. The circle was kind of closing in around Saigon. And during the last days of fighting, you could actually stand on the rooftops of Saigon and see the fighting going on at night with all the explosions from the artillery and the helicopters working along the city. So, the war was closer and closer to the capital, and as it did, people got more and more panicked, they wanted to get out by what means they could. We actually had a problem in our news organization because we had promise of Vietnamese staffs that we will get them out of the country. And it was very busy; loading them on flights that he can get them on tons of new airports. And we were kind of drawing down our Vietnamese staff and we had to rely on volunteers coming in to replace them. There were lot of camera crews and people who were local and wanted to get out. So, they were leaving and other people were coming in. We were trying to do two things evacuate the Vietnamese staff and cover the end of the war at the same time. So it was a pretty busy time.

Why didn’t you hang on in Saigon for longer to see North Vietnamese crushed through the gates of presidential place?

I wish I had done that. But the reason I left was that we had one Chinese staffer in Saigon who spoke Vietnamese. We had one Vietnamese speaker in our office. And I bagged him to stay on to the very end. He wanted to get out, too, and I bagged him to stay on. He had a Taiwanese passport and I thought we wouldn’t have any problem evacuating him, so I asked him to stay and I said “when the evacuation comes I will go with you and I will personally get you on the helicopter leaving Saigon”. So I had to keep that promise to him. So I left, but we did leave other people there, notably the reporter name Nil Davis who got those shots of the tank crush into the gates of presidential palace in Saigon. It was one of the pieces of iconic television footages from the war and he was there to record it after the fall of Saigon.

Besides the brutal aspect of the war, are there any pleasurable moments during the war that you really appreciate？

I think one thing that the war does is that it binds people very close together. Friendships I’ve made there, the relationships with other journalists have last all these time. I have many very close friends who were also war correspondents. I think that share sense of adversity brings people together. Sure, we would have moments when we finished doing our work for the day then we would sit down at the bar or restaurants and share few laughs together. It was, relatively speaking, civilized because we would go out in the morning and filming the action where there was combat going and come back and try to make the last plant out of Saigon to either Hong Kong or Bangkok. That was about five o’clock in the evening, so it was kind of nine to five experience. We get back in time to get our film shipped and that was it for the day. We go out and have a nice cold beer and a good meal. It was interesting. I went back to Vietnam last year and for the first time in Hanoi, I got to meet a bunch of journalists from the other side who had covered the war for the North Vietnam News agency. I described my routine to them. They said “We didn’t have the luxury of knocking off at 5 and having a cold beer and nice meal. We were out on the Ho Chi Minh trail for months on end and the only meal we had is the kilo of rice on our backs”. So I decided that I had a much easier experience than they did in covering war.

What effects does the Vietnam War have on you personal life and your career?

Well, I think it had great deal of impact. It taught me to be very skeptical of things that government officials say. There was a thing in the Vietnam War called “credibility gap” where we would go out and observe battles on the battlefield. Particularly during the 1970-1971 period, where they were trying to turn over more of the combat to the South Vietnamese army. And we would see terrible defeats for that we came back to Saigon and we go to what they called “5 o’ clock follows days” which was the news briefing. And often, they told different stories. They spurn the defeat out the battlefield into a great victory. And X number of people are wounded or died and we knew it simply wasn’t true. And that taught me to be very skeptical of officials at news briefings. It also taught me how to cover other war I got involved witnessing the rest of my careers in the Middle East and Latin America. You quickly learned how to stay alive and not to do stupid things in battlefield situation.

What’s the most exciting story you’ve ever covered?

I think I would probably choose the fall of Saigon because I had invested the most time in covering the Vietnam war than any of my assignments. I was in Iran for 66 days and they kicked all the western journalists out of country so I didn’t get to spend much more time than that in Iran. And in Tiananmen Square, it ended very sadly and very quickly; it had a great deal of impact on me. But if I thought about the one story that sticks with me forever is Vietnam. Still about Vietnam War, just a recall.

How did your family and friends respond when they saw you on the TV reporting the war?

Well, I know my mother who was alive then followed me everyday and then watched it regularly and she would even use her little audio cassette recorder to record the soundtrack of the news and sent to me so that I can see how they chopped up my story. So she followed very closely. My wife was living in Vietnam with me so she lived in Saigon which was fairly safe in 1970，71，72, so she decided to be part of the adventure. She actually worked at the U.S armed forces TV station as the weather lady. She did the weather on Local TV in Saigon.

So your mother was the one that worried the most?

Yeah, she was worried, the family members tend to worry. I remember there was some abrupt attack in Saigon, sometimes she even phoned: “are you ok?”. And I said, “Mom，Saigon is a huge city, 3 million people, it didn’t happen in our neighborhood”.

So have you encountered any dangerous situation other than the evacuation？

Yeah, there is an interesting description of war. Nothing would happen, nothing would happen, and all of a sudden, you would be in the middle of something very intense. That particularly happened during the South Vietnamese invasion into Laos to try to cut the HQM trail in 1971. And we would go out to those border areas with the South Vietnamese troops and there was a lot of fires and shelling. And also in 1972, the so-called Easter offensive, when the North Vietnamese pushed into the Southern part of Viet Nam, we got close to some pretty hurry combat there. So, there were moments we were quite frightened.

There were so many people protested the war in States. Were you on the side of them?

Well, as time went on, I thought the protesters were probably right and the government was probably wrong, but I try to keep that out of my reporting, I try to not take side. Although I thought the war was a huge mistake. The government said we are winning, I let the government spokesman say that in my report, then I would point out that not everybody believe that. So, the war was very contentions, I actually cover some of the demonstrations here in Southern California before I went over to Viet Nam. In 1970, when Nixon invaded Cambodia from Viet Nam, there was a huge demonstration at the UC Santa Barbara. And they burned down a bank building, and I was there when they burned the bank building down. And there were a lot of rocks and bottles throwing. That was happening all over the country during that period, Berkley, Washington DC, just about everywhere.

This entry was posted in American, Fall of Saigon, Profile, Saigon. Bookmark the permalink.

George Lewis (born 1943) is a retired American television journalist who worked for NBC News for 43 years from 1969 to 2012. His stories have appeared on NBC Nightly News. Lewis joined NBC in December 1969 as a war correspondent covering the Vietnam War. He also covered the Iranian Hostage Crisis from 1979 to 1981, the 1989 Tiananmen Square revolt in China, and Operation Desert storm in 1991. Lewis has won three Emmys, the George Foster Peabody Award and the Edward R. Murrow Award throughout his career covering wars and other events abroad.