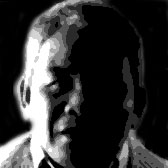 Could you start off by telling us your name? Could you tell us a little about your background? What village are you from and where was it located?
My name is Tam Duong. Where I was born? I was born in Vietnam in 1959. I was born in the Quang Tri province.

Did you personally witness, or experience any horrendous events or something that the Viet Cong did?
During most nights, I had to hide. I knew that they had killed people I loved and knew – the people of my family. Some were my father’s employees.

In addition, I was also physically abused many times by the Viet Cong after 1975. They physically abused me because they suspected that I was trying to abandon and overthrow their political rule. They abused me for one whole month. Blood ran down my ears and my lungs were swollen.

Your father was in prison and the re-education camps for five years. When he left the reeducation camps, did he leave a changed person?

He came home crazy and paranoid, and was very thin and weak. He was also very scared.
He was very scared because he was gone for five years and when he returned back home, the Viet Cong, three years later, continued to monitor him for three more years after that. Every month, his dad had to be present at the local government of the Viet Cong for a total of three years every single month.

Do you know what happened to your father in the re-education camps?

They forced him (his dad) to do labor work. At night they forced him to read. They forced him to do gardening work, shovel the ground, and do labor. And at night when he finally came home, he had to study. In there, they did not physically abuse. It was worse than abuse though because they kept track of them each time, each moment, each minute.
Were you allowed to visit your father in the reeducation camps, or did they constantly move him?

I was never allowed to go and see my father. But my mother, every 6 months, they allowed her to see him once.

Was it difficult watching your country, like Vietnamese people, torn between two governments and two causes?

I am very sad that my country had to be split into two parts. I’m sad because during the war, relatives on both sides of Vietnam died meaninglessly.

Were there any instances in which your family was Viet Cong?

Can you explain how your family got the opportunity to leave Vietnam? Were there any significant difficulties along the way, was it hard?

When my dad came here to America, it was through the Humanitarian Operation (HO) which was active during this time. And when he came here, he felt very happy because he received and enjoyed human rights and government help. It wasn’t very hard to come here. It was very easy.

Oh, you meant when he left? It was America’s plan so he just needed to fill out some documents.

What was your experience like when you came to America? Was it positive or negative?

It was very good! Very good for me, no problems. The biggest and only difficulty was the language barrier. I could not speak English very well. The beginning was very hard but after two years, I finally absorbed it in and learned.

Do you feel like the Americans abandoned you after the war? That they abandoned South Vietnam?

No. I do not think so. I think America is very good. I always believed in America. I always thought America was good for supporting South Vietnam.

Have you ever gone back to Vietnam?

Me? I went back to Vietnam in 2014 because of my dad – he passed away over there. He would have lived here but he was very old and weak. My big brother said he should go back to Vietnam and died after one year there. I only went for fourteen days.

Were you happy to go back to Vietnam?

No, I was not happy. I was very happy in America, I am much happy here.

Do you think people’s lives are getting better under the new government with the Communist Party?

My family very much want to come to America. They don’t want to live in Vietnam. They live with the Viet Cong and they don’t like it. But they have to deal with it. They do what people say. The stone is on top of the grass and they cannot do much about it.

Do you still have bitter feelings towards the Viet Cong?

Do you think people will go back to Vietnam, to try and fix Vietnam?

I think so. All the people in Vietnam right now, lots of people are hoping to change. No Viet Cong!

So you have no interest in going back to Vietnam ever again, because America is now your home and you like America?

I don’t think so because I can live happily here forever. But, I would like to go back to visit when it’s changed. I am happy though to live here in the United States because there’s a lot of opportunities here for me and my family.

Is it important for you to pass on your Vietnamese culture and traditions to your children?

I want to teach them my culture and values. All people, Korea, Vietnam, Chinese, always keep their culture.

Do you think your children’s generation is fully appreciative of Vietnam’s history as your generation was?

Why is it important that they know about Vietnam’s history?

I think it’s important for them to know Vietnam’s history so that they may learn from it and appreciate the history.

What are some of the most important life lessons you’ve taken from your experiences that you want to share with us or your later generations?

Tam Duong was born on New Year’s Day 1962 in the Quang Tri, Vietnam. His province, a border city in Central Vietnam, was the site of great conflict between South and North Vietnam. When Tam was 16, his province fell to the offensive attacks of the North Vietnamese, and the Viet Cong took everything from the Quang Tri civilians. Tam’s father was placed in a re-education camp due to his involvement and association with the US government. Tam was forced to leave school and work as a lumberjack to support himself, and his 3 siblings. Even after his father was released Tam felt the constraints of the Viet Cong; he felt his family was being constantly patrolled and his father consistently on edge. In 1995 Tam and his family were given the opportunity to come to the US via the McCain Program geared towards refugees that lived in re-educations centers for more than 3 years. Tam now lives in Santa Ana, California with his family.