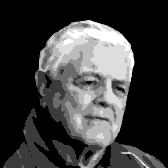 Well I had graduated from A&M because I was in the core cadets I had signed a contract with the army that upon graduation I would be commissioned as a second lieutenant. And the first job that the army had me do was to go to Fort Bliss Texas. Following that deployment is when I got assigned to go and do my primary helicopter training at Fort Walters, Texas. Well, we did four months of training in primary helicopter school. After that you know do not pass go, do not collect 200 dollars, and you go to Vietnam. so I flew out of Travis air force base in Oakland California and we had a stop in Guam, and then straight into Saigon. You know I remember one of the things that was of interest that as we got into the traffic pattern to land, it seemed like everybody in the aircraft would either rush to one side of the aircraft or the other because somebody would say look look at smoke down there you know like if all of a sudden that smoke designated a fire fight or something was going on.

We were in an air cav unit and the mission of our particular unit which was the d troop third of the fifth cav was to do hunter killer missions. That’s why the attrition rate was so high. Because a lot of times you know you’re the hunter but every now and then you become the hunted.

One time I took an RPG round that took off from the sink elevator, I’ll show you on the model here, that’s the sink elevator back here and the round hit right about here and it took all this part off. Took out the 90 degree anti-torque system as well as your tail rotor. So what happens when you lose that much of your aircraft, is then the front part becomes heavier. So what it wants to do is roll over this way and go forward. So you have to fight that. And a lot of times when you do get shot down it’s because you’re in the midst and you might be attacking the person to your front and somebody from the side shoots you. Or you’re doing the night missions. Night missions were always very dangerous and I did a lot of those because I had very, very good eyesight at night. Those [night missions] were single ship and even when you had two ships I always led you know and I would go and fake landing in different places and then finally land where the people wanted to be inserted. Sometimes it’d be a few hours later sometimes it’ll be a couple of days, the (people you inserted) would call and say please hurry up and come and get us because we have injuries we have some wounded. So going back and taking them out even though they’re right in the middle of a big fire fight and and of course the bad guys know where they are and you got to come right down the middle of them and pick them up. And so you’re vulnerable because you have to come down to the ground and they gotta load the wounded or the dead, those that are killed in action, and get the rest of the guys out.

And so you’re kind of sitting there like a sitting duck and so so sometimes you get shot down a lot in some of those types of missions. So it’s always a- it’s always good to get back at the end of the day you know. And that’s why we always kind of celebrated each other because you’re there really for the other guy. You know to make sure he got home safe and he was there for you to make sure you got home safe at the end of the day. And of course we’re all young and we went and we sometimes had a beer for our comrade that’s no longer with us and we went out and did it again the next day and just moved on.

I got there in 68 in 1968 and I came back in 1969. So I was there for a little over a year. I remember it was kind of rough for me because my daughter was born 10 days after i left to go to Vietnam. I had an option to extend 30 days so i could be here for my firstborn and and it’s you know a very important event you know but you’re your first child and all that, but in my discussions with my wife, we knew that it was going to be harder to leave once the baby’s born. And not only that when you’re there there’s a certain amount of dependency that falls upon you and then it’s harder to break that dependency. So i knew that if i left ahead of time that the other family members would help and friends and whatever would help in kind of ushering through that moment of childbirth and in the first few weeks and months of adjustments. So we decided it was best for her to go to Laredo which is my hometown and be there close to family.

I had another friend of mine, we used to call him the preacher because he was a god-fearing man, a really, really nice gentleman. His wife was also due about the same time as my wife and he decided to extend. Well, when he got to Vietnam my sense is that him being present you know for your the child’s birth and all that, I think his mind was still back in the united states instead of on the job. So he didn’t last long before you know he was before he was killed. I think he was killed within the first two or three months there. Because it makes a big difference, you know, when you’re there you see something and become something versus what I got. It was, back then, you got like a little telex hat said: “your wife had a baby”. Then a month or two later you’d get a picture, and then another month will go by and you’d get five or six pictures you know that got lost in the mail somewhere. We didn’t have all this communication that we have now you know and on occasion if you wanted to stay up half the night you’d get a chance to have communication back for the state with some sort of a satellite hookup or something. But it wasn’t like today where you know everybody runs around with a cell phone and they can call all over the world with it, we didn’t have those kinds of capabilities. Since we’re always flying and we’re always having to leave early in the morning I couldn’t stand in line until three or four in the morning waiting to see if i could get a phone call back to the states knowing that i better be sharp the next day. I’d be drowsy or sleepy or tired or whatever. Even when we celebrate you know I mean we yeah we celebrated fast and furious, but quick. And we’d go to bed, get rested and be ready to go, because somebody else’s life is dependent on you.

What I do remember is that we had a reunion in Philadelphia. And we marched through the streets you know down Pennsylvania avenue in Washington DC. I thought it was it was just wonderful, the first time i’ve ever seen this you know I mean you had all kinds of Asians, Blacks, Hispanics, doesn’t matter. I mean all the buildings just poured out and everybody was just praising us, and thanking us, and it was unbelievably positive you know. That was my first reunion that I went to with the Vietnam Helicopter Pilots Association. That entity was formed in 85 so this was probably around 87, 88 that’s about the time that i joined.

My sense is to be flexible to be open-minded. To be willing to learn you know, and prepare yourself the best way you can once you see an avenue or something that you gotta go out there and do the job you prepare yourself the best you can. Go out there and do it you know, and if something doesn’t work out no big deal learn from it keep right on going and keep going.

So I think that’s what I learned, and I also learned that there’s a lot of folks out there, not only just like yourself, but that are willing to work with you and willing to help you. I saw that in Vietnam you know, guys that were from New York and god knows places I never even heard of, all of a sudden you know they’re your intimate buddies. They’re looking after you, you know, they’re caring for you and you say you know where did this guy come from? Here I am I’m a hispanic, I’m from south Texas, now these guys are from bird bath somewhere you know and I’ve never even heard of and yet there they were. They’re- they’re human beings. There’s good people out there you know and you can learn from them, as they can learn from you.
This entry was posted in Profile. Bookmark the permalink.
Login
1 Comment
Newest
Oldest
Inline Feedbacks
View all comments

The story of my Grandfather, in the year he was in Vietnam, that includes the birth of his daughter, the death of some friends, and a life that is lived in celebration of the good in people.

JT Garcia- A Junior at USC. He is an actor and avid storyteller. Nikoli Emmanuel- A freshman at USC. On a premed track. Ryan Melendez- A senior at USC. A pilot who flies banners around Los Angeles.