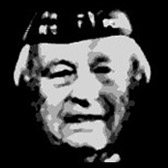 Getting off the Plane

Q: What was your first impression of Vietnam?

A: Alright I think my first impression of Vietnam was getting off of the airplane, we flew backwards on a MATS, Military Air Transport System, and it had no windows in it. So we were glad to get off of that airplane, it kind of unnerves you. You know the reason you are flying backwards is for possible plane crash. We got off at the Tan Son Nhat Airport in Saigon, and they had a bus waiting for us to take us to a staging area where you got a bunk to stay. They assigned you a temporary bunk while they sorted where you were supposed to actually go. So this bus picked us up in the morning and took us down Tran Hung Dao, it was a big street there big main street. It’s like the Pacific Coast Highway, Tran Hung Dao, busy bicycles taxis running up and down, to our old bad French headquarters. There was no air conditioning in this building, we just opened the shutters of our windows. It was really hot there. One thing that kind of intrigued me, it was warm and there were lizards running all up on the walls and across the ceiling, green lizards. I don’t know how they stuck up on the ceiling but they could run up and down the ceiling. And that was weird, I thought I was about to be in Disneyland. And the girls were all dressed in a fancy dress, the outsides of flowing silk dress with a cone shaped hat. Men looked, well they wore t-shirts and shorts and shower shoes, they weren’t so impressive.

Q: Could you tell us about some of your first experiences?

A: My experience at first was, well this must be just like Adventure Land. That was April, the last of April of 1963, April 1963, I got there. And by May we had two episodes of attempted assassination of our unit. Somebody in the Viet Cong Hierarchy ordered bombs placed at our compound here, and well, there was, it was like from here over to that fence where the bomb went off. Holy mackerel- big, big loud explosion, and in all of a matter of minutes, people started screaming and hollering and people were running and somebody said we need some first aid and so I had a big thing the size of this table. And took four men and carried this all out there, and there they were, bodies strewed around and people screaming and mothers crying and babies crying, the dead ones are not saying a thing. You take the dead ones and you put them here in a separate pile. And then another bomb went off on the other side, which I expected to catch one of these mortars, whatever it was blowing this place up, in my lap and then I would be one of these dead bodies here. So that is really unnerving when that happens. Then I also expected, well we are under attack, we should have Sergeant York here to lead us in the charge against whoever it is that is attacking us. We don’t know whats going on, things are just blowing up. And nobody ever came, a lot of Vietnamese came, but apparently this was the first attack at Americans in this main compound. They pick them off one at a time out in the, driving a jeep somewhere, with snipers, but this was a big surprise.

Q: Did your objectives line up with those of the greater military at large?

A: My goal, and our goal, was advisory. I was a school teacher and they had an American type school there which you would teach shorthand and English and things like that, office work, cause they hired a lot of Vietnamese people. They hired Vietnamese to cook, they hired Vietnamese office workers, and they would have to learn English. So that was why I was there – I though I would be teaching English, and helping them build the country. I changed my outlook on things by realizing that they were there to kill us.

They were almost invisible, you would just experience something blowing up, like terrorists. They would drive a bicycle down the street and then throw a loaf of bread into a cafe with a hand grenade in it. You can’t tell the good ones from the bad ones. Now the good ones escaped from the North. They left the Communist North, and packed up everything and fled all the way to the South. And those were the people we were working with to help establish the government. You could not quite understand what made somebody work that was anti- American. And I took it as anti-American. What they thought – I can’t get into their minds, to know why they hated these people so much, they wanted to kill the South Vietnamese.

Q: What did you think of the increasing troop presence in Vietnam?

A: Originally we were having a thousand man cut-back. That was John F. Kennedy’s program at the time. A thousand man cutback. I think there was only two thousand people in the whole country at the time. And little by little, they increased it. And then he came out with this thousand-man cutback. That we were going to leave Vietnam. This was in 1963 when he was still alive. The only thing it seemed like of each of those people that were leaving there was another one coming in to replace him. And then Kennedy was assassinated, so that changed things. From that time on it would be Lyndon Johnson’s problem.

Q: Did you support the addition of American troops?

A: Oh yeah, by far. Gerald Ford handled the removal of the Americans bring them home. We are just going to get out of there, and not fool with it anymore. It had been ten years. In Afghanistan we have been there for fourteen years already. This stuff never ends. You end up fighting… If you fight somebody and you kill them, well then he has a brother, a sister, a son, or a daughter, and you make enemies of those people and it just never ends. At some point somebody has got to give up.

Leaving All that Behind

Q: How have you learned to deal with the difficulties you experienced in Vietnam?

A: You just have to go on. Go on to the next event you know? It was quite a strange, after being there for a year, meeting all the people, knowing who they were, what they were doing. I went to a wedding, a Chinese wedding. You know the street names, and some of the language, and you start learning things, to have to leave all that behind it pulls on you. There is a tug on you. We can’t abandon these people. They are our friends. So it is a shock and a sad day.

Q: Have you visited the Vietnam Veterans Memorial?

A: I was there and I saw it but I didn’t get off the bus. It was a little ways away. There have been three or four of them that have come around. There are two people that I know that are on the wall, Taylor and Glower. They are in the 1963 portion of the wall.

Q: What do you think is the importance of being a patriot?

A: I can’t think if any other country in the world that is more deserving of patriotism than the United States. You compare it to any country that you can think of, who else has put together the technology to go into space. This knowledge, I heard a man on the radio saying that in the last hundred years our knowledge has doubled. The amount of things that we should know about has doubled. And its going to double in the next fifty years and then its going to double again in the next twenty five years. There is this tremendous huge amount of knowledge out there, and there is just no single mind that can handle it all. It’s just overwhelmed with knowledge that we have to deal with.

One Response to William Ward

William A. Ward was born in 1942 in Denver Colorado, and served the United States Military for 2 years. As a competent typist, William first arrived in Saigon in 1963, and worked in an old French military compound where he participated in the efforts to advise the Southern Vietnamese government. Upon returning to the United States, he attended the University of Arizona and attained a degree in linguistics. He later moved to Long Beach, and has since been an active member in the VFA.