View From the Driver's Seat 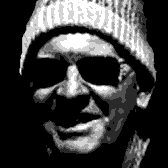 Q: To start, what years did you serve, when were you drafted, how did you feel about going to Vietnam?

Dave: Hi, my name is Dave Holmes. I served in the United States Army 1964 to ‘66 and I’m glad to say that is was an experience. I learned a lot—glad to have been in the service. I felt good about going. It was a time when a lot of people were being drafted, and I was drafted—and I was ready to go. I had a good time in the service from beginning to end.

Q: Where in Vietnam were you stationed and what were your duties?

Dave: My primary duties were, I’ll jump ahead, the main thing that I did celebrex was drive a truck in Vietnam through a variety of tasks, loads, and food, for example, from the coast to the different companies. I was stationed in Pleiku, the central highlands of Vietnam. I drove a truck and pulled a low-bed along with military supplies and food, as I said, I would bring that to the different bases along the way. I also would bring in army men, for example, one of the main things I did with my low-bed was go to the coast and get a load of gun barrels for these huge guns. I would take a load of three guns, very long, even longer than the low-bed, but heavy. I could load three and that was the heaviest I could go, I’d take them through the central highlands and near the Cambodian Border to Doc Tao, the base. This was quite a base; not only the guns that I were taking were being used to shoot over the border to the best I can tell, but they would do that to cut down any enemy coming over the boarder. I would then, speaking of my duties, take a load of three gun barrels that had been used […] to go back to be overhauled so they can be used again. I could take them back to Qui Nhan so they could go be – happen to be the California coast – be refurnished.

Some other things that I did were driving a smaller truck. As involved in a lot of trips in a convoy and when I had my heavy loads – gun barrels – I would set the speed pace. This was fine with me because the fastest I could go, safely, through the jungle (there were roads and military police […] in front of us) were always the least. So that was one of the things I did several times and had trouble sometimes with keeping the load on the road so that I never had any bad problems doing that. I, thank god, had a safe career doing that. But sometimes, we would get stopped, by a convoy –I didn’t know it, but we were going and all of a sudden we were getting the word to stop. I stop and everybody stops because they were attacked somewhere near the back of the convoy as they went by. So, that was an experience; sit there in the jungle and just take care of mine.

I had other duties for a short time. I was part of a crew of the tank retriever. It was a huge tank in itself, ran on tracks, but the M-80 was a huge machine…it could actually pick up abandoned equipment and take it back to the base to either be sent back to the world, that’s what we called our homes, the world.

That gave me something different to carry. That was fun for me, I’m glad to say, because when we are on the road, everybody clears the way. We were stationed in Play Cu just mid-way to the coast of Cambodia by the central highlands; there were many native people that worked with us that worked with us in the mess hall. All kinds of tasks at the base, laundry and many different tasks that somebody needs to do, we got acquainted with them. We are always careful and we would get friendly with them, and that’s all. They would learn our names and we would learn some things from them and that was a good experience.

Q: How did you feel about the Vietnamese that lived there?

Dave: We lived in tents on the base and we could go into town and then – that was a nice privilege- and buy some things from the native vendors. They have their little stores and there are also tents. That was a nice experience that I had with the population there.

Q: What is a memory of the war that has stuck with you?

Dave: So, I’ll talk about some memories that I have. Before I went overseas, I got a second training as a military police. I went to military police school so that was my second training. It was just in case; I was a little worried, I have to admit, when next went from Arizona to overseas. But, they put me in recovery with my low-bed, and not with the military police. I could have and I would have, but it was like a second M.O. (is what it was called) just in case. There were causalities, my good friend triggered a mine, but in another convoy. He was limping for quite a while but he got well. It wasn’t enough to go home; he didn’t want to go home, he was a soldier. He said, “I’ll get this, I’ll get this okay.” That was interesting because, wow, he would explain, “what in the world happened–you guys be careful.”

Q: Did you have any scary moments, yourself?

Dave: No I never had any threatening accidents. I’ve had no close call. I was in a convoy that was stopped, more than one actually; two for sure. Always wanted to keep rollin’. That’s the best way. We got stopped once in a little village of Van Khai, on the way to Cambodia. The convoy stopped and we all just spent the night there near the airport of this little town. We were all under our vehicles, under the truck bed, right on the ground. It was quite an experience, since we would get shot at, of course. The enemy was over at the airport and we didn’t want to go over there. Then, all of a sudden, BANG. There was gravel, and dirt just flying all over outside the trailers that I was under. It was just darned what happened. Only one person got some kind of ricochet. It hit close to him and he got shrapnel or something, but a band-aid and some tape could take care of it. Or maybe a couple of band-aides. I remember that, but thank you lord, I got missed and that’s good. Just driving the truck sometimes when I began driving. “This is what you’re going to do recruit, I’m going to show you.” OK, thank you. And I would go, o boy. It was an experience, but I was careful to pay attention, listen to the key pieces of information. Something like “you don’t want to get out of your truck,” for example, or “keeping driving,” just things like that. I was glad to have had that experience.

Q: Was it difficult to transition back to U.S. life after having been in Vietnam?

Dave: After I had been discharged, I found it to be just how I thought it to be, a wonderful vacation. I traveled to California. Traveling to different places, enjoying the beauty of California. Actually my buddy and I, he was my shotgun for a while. In our trucks we would always have a second person, called them shotguns. He and I drove all the way to Florida and back after we got out of the service. Those were good things. “Let’s go to Tennessee and see if we can find art!” you know things like that. So, that was a good aftermath to my experience in the army.

Q: Did serving in Vietnam impact the way you thought about war or about life?

Dave: Well, I would have to say what I learned in those two different schools, one for truck driving and one for military, were things that I wouldn’t have known. Of course, that’s what the training is for. Some of it did fit what I already knew. I could add some experience driving a truck. I didn’t have any trouble with any nightmares or a fear of something that I didn’t have before, so that was good. I felt that I was strong in my judgment to go “OK we’re not going to get carried away.” Talk with people who had been over seas and have a nice reunion. “ You were there! I was there too,” kind of a thing. So that was my aftermath that was enjoyable.

Q: Did it bother you that so many people at home were against the war? When you got home were you treated differently?

Dave: No, I wasn’t concerned about that. My reason is that everyone is their own person. I’m doing what I want to do. I’m was just going to take care of myself, be a good soldier, and not get into trouble. Other people were protesting this or that. I’m not interested, so that worked in my favor; while in the service and after.

Q: Is there anything you would like to add?

Dave: Well, I’m a little old now. I don’t know if old is the right word, but I would take a re-enlistment. I’m not saying that I would join, but if they draft me again. Of course, they probably won’t, but I had a good experience; the top of the cake.

This entry was posted in American, US Army, Vietnamese and tagged David Holmes. Bookmark the permalink.
Login
0 Comments
Inline Feedbacks
View all comments

Dave Holmes is a veteran of the Vietnam War. He served in the US Army from 1964-1966. Dave was drafted during his first few years in college and joined the army without regret; he was happy and eager to serve his country. In Vietnam, Dave drove a truck that carried military supplies and food from the coast to the Cambodian border. During the war, Dave and his fellow soldiers knew about the (secret) bombing of Cambodia, unlike most of the American public, which was misinformed and unaware of these attacks. When asked if anyone told him that these attacks remained secretive, he claimed that they were not. These bombing strikes were simply thought to be attempts of self-defence; their goal was to keep the enemy away. Dave fondly remembers the peddlers in Vietnam selling knickknacks, cigarettes, and other items for the soldiers. Luckily for Dave, he did not suffer from any post-traumatic stress or nightmares after the war. He easily adjusted back to life in the States. Soon after the war, Dave met and married his wife Michele - they have one son. Dave is now a retired machinist and resides in Ventura County, CA.

Richelle Gribble is a sophomore from Idyllwild, CA pursuing a degree in Fine Arts with minors in Entrepreneurship and Marketing.

Angela Gutierrez will be graduating from USC with a degree in Political Science and Philosophy this December.

Ryan Sanchez is a 3rd year music industry major who is pursuing a career in audio engineering and producing.