Escape from the North 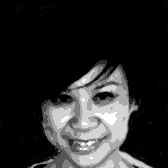 Growing Up in Vietnam

Growing up in Vietnam, not too much. I remember after we left Vietnam. We were forced to leave Vietnam when the Chinese and the Vietnamese were gonna start fighting, so we were forced to leave Vietnam and go to a camp in China. We stayed there for about 30 days, and then we went to Hong Kong. But during that time we were at the camp, I remember just trying to get stuff, to help out. I would pick the tangerines, dry the skin, and would sell that while my mom was trying to do other stuff, trying to make ends meet. At that time, I didn’t know that it was a camp, so I was running around doing what kids were doing. And then my next memory would be on the boat, really late at night, sitting outside, taking a poop. I was really, really young I was taking a poop and I was watching my dad, and some men on the other side of the boat just trying to steer, and I remember it rocking a lot, and I was just sitting there. And then the next most vivid memory would be how the food, not the food, the rice on the boat was bitter and gross and that I’d never eat rice like that again. Because that was seawater, right?

At this time, it was my mom, my dad, my brother, and my sister, but my sister is very young. She was born right around the time we got to the camp in China. There were a lot of people at the camp. And I remember at one time, my mom and my dad did get to leave the camp to work. Luckily, you know, we had each other, and we’d run around all day, we’d steal like a dollar or so every day from my mom’s pocket to buy breakfast, you know. I don’t know how that happened but there were little shops, little stalls of food at the camp. And you know, all the kids just running around, rowdy, but yeah, we lived like that for 18 months. The living situation was just a big room and then we’ll each have a spot and lay on mats, it’ll just be like these mats, we’ll sleep on these mats. This was our mattress against the hard floor. We’d have 3 families all in 1 big room, you cook there, everything was right there. Yeah, this is when we’re still in Vietnam. This is me, this is my older cousin, this is my brother, this is my cousin, and this is my grandma. This cousin is the one whose dad tried to swim to Hong Kong, and died.

Well where we were there were a lot of Chinese people, a lot of Chinese kids, but a lot of different dialects…and so eventually when I started speaking to them, my Vietnamese was completely gone. I don’t remember any of it, because I just felt like if I kept speaking it, I couldn’t fit in because they weren’t speaking the same language I was. After that, it was a lot of Chinese but mainly English, that’s how most of my friends communicated at the time. I started in kindergarden, but only a couple of months because I was a little older than the kids and they bumped me up to first grade. And so that year was just half kindergarden maybe and the rest first grade.

The transition, I don’t think it was that hard. But when your parents are refugees, and you have to get a lot of the welfare, and the food stamps, it was hard because I know that, my parents were saying, people look at you when we were spending food stamps in the supermarket, but I think it might have been a little harder for them than it was for us. Looking back, I mean, it’s probably [inaudible], but I don’t think I can take those hardships like my parents. I’m so grateful that we don’t have to right now….

[on how being a refugee altered her outlook on life] I actually don’t think I thought about it when I was younger, but as I’m getting older, I’m feeling like, you know, it kinda shapes my thinking and I’m not too worried about little things. Like I just need everybody to be alright, you know? I don’t really get worked up over the little stuff, when I think back how I got what I’m getting right now, and where I’ve been to be where I am right now. So, that, and you know other stuff. But I think it made me a more optimistic person, a more grateful person. I need to just be very, very grateful that my parents, you know, were there to do that and are here to experience something better than what they had. Yeah, this is the uncle who sponsored us and whose house we lived in for the few months. Yeah, thanks to him, we’re here.

How Did this Happen

My grandfather was a landowner, he had a lot of, he had money, but  he spoke French and all that stuff. And so they seized his land in around 1950-something, all his property, all his land, and so there’s nothing left. So they kinda, my dad, you know, they just moved to Haiphong, which is a bigger city. And so they lived there because, oh, what else, he said that they had to leave the city and move to somewhere else, where else did they move to, but they had to leave because he said that there was a bomb that came down from the Americans that didn’t detonate, okay, and it was really close by, so they got scared, and we had to leave, okay, to this little land, God knows where. So that’s why we had to leave Haiphong.

And then after that, there wasn’t anything to do. There wasn’t anything to feed the kids, at the time it was just me and my brother, but there wasn’t any other way, so. And by that time they were already you know, in that Chinese camp and so they decided to take a chance to Hong Kong. I’m so glad we made it because lots of other people didn’t make it. My cousin’s dad and his brother tried to swim to Hong Kong, and he didn’t make it. So now that I’m older, I sometimes think, if I were my parents, would I have made those to choices to put my kids and leave everything that I know to go to take this chance to reach someplace that I don’t know. So yeah, it’s kinda weird, but our family, we all congregated in the same area, but in different camps. So my aunt was at a different camp in Hong Kong, and my grandma and my uncle was also at a different camp, but their camp was more remote. It’s called [Chinese], what literally translated, “Sesame Island”, “Sesame Bay”. And one good thing was, my mom, even when we were at the camp, she was able to visit my uncle and her mom, but you need to get permission and schedule way ahead of time to do that. But there, they didn’t get to move round like we did. My mom can go out to work and my dad can do work outside of the camp, but my grandma and my uncle couldn’t.

And I remember vividly there was one time that my mom went to visit my uncle and my grandma and she had just brought home this shiny fire engine, cause she worked at a toy shop, for my brother. That was the first day he had it and he was so excited and playing with it, and my mom went to visit my grandma, and some kids stole it from him. So I don’t know if he is traumatized by that, but that was the first time something was like… just taken away from us, that I remember. Oh my goodness, camp… there was all sorts of people there.

Vietnam? No, I don’t have an emotional attachment to Vietnam. It’s a place that my parents ran away from. I don’t see why I would want to go back to it. Right? I mean, my parents had to move because they spoke Chinese and they were considered Chinese when the Vietnamese and the Chinese were going to start fighting because they speak Chinese and we had to be expelled. We were living by the border of Vietnam and China… I think even when my dad talks about it now, he considers himself Vietnamese, but yet, you know, because my Grandpa knows how to speak French, he’s educated, and all his land was seized, and then look what happened to us. Why would I want to go back there? It’s not a place that I would want to go to. Sorry, Vietnam! Not getting my tourist dollars!…”

Van Luong, of Chinese–Vietnamese nationality, was born on November 3, 1973 in Haiphong, Vietnam. Her grandfather owned quite a large amount of land and spoke French, so was quite well-off until in the 1950s, it was seized as part of Ho Chi Minh’s land reform. The political climate in the years immediately following the end of the Vietnam War was extremely volatile. War between the Chinese and the Vietnamese appeared imminent and Van Luong and her family had to flee. They boarded a boat for China with a host of other refugees and ended up at a refugee camp there for 30 days. From there, her family was split up into different camps around Hong Kong. After 18 months, one of Luong’s uncles who made it to the United States in 1974 sponsored her and her family’s trip to America and they arrived on October 30, 1980. It was difficult at first, but they eventually adjusted to their new life. Now residing in El Monte, California with her 4 children, Van Luong has “a great life thanks to my parents having the guts to make the choices that they made.”