The Struggle to Find Home 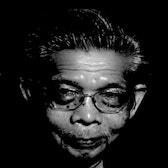 How are you related to Vietnam?

I was born in China, Dunhuang, the place is Dunhuang. But my mother went to Vietnam and I followed my mom and went to Vietnam. So, I am living in Vietnam at this place called Móng Cái. From there moving again to Haiphong… yes, another city. And in 1954, moving again to South Vietnam… to Ho Chi Minh City. When I moved, it’s still a freedom (free country). I was just working for a living.

How was your life impacted by the war?

Because I was not a soldier I don’t know clearly about the war, only by reading little newspapers and word of mouth. When I moved to South Vietnam there was only a little bit of trouble, only.  Then at about 1960-62 the war became more serious, and people were getting called to be a soldier (drafted), but I was an exception. I was not a soldier because I was a minor so that was the exception, so that disallowed me to go to the army.

“Because you were still young?”

No, not young. It’s considered being minorities. Also, living in the mountains did not allow them to go to the army. They did not get the call. For about 20… 28 years I lived in Hoi Chi Minh City only. The war at some the country. Because North Vietnam they only out go the night time, they don’t go out in the daytime. They only… for some, some solder make trouble only. But sometimes very big running, very big. But it depends, if (like) the army of Vietnam, many soldiers they don’t like fighting, they go to hide, hide them (themselves). Again, I only read the newspaper only I couldn’t see the American Soldiers or what they did.

“So most of it, he learned from the newspaper”

My first job was at a grocery store. Then in about 1966, I went to work at a restaurant, of the American embassy, an embassy restaurant. I worked there for a few years. In 1969, I left the job and went to another job because the embassy restaurant closed in 1969, it was no more.

“I have told them that in the past you made ice cream.”

I didn’t make the ice cream, only delivered it to some places. I had a three- or four-wheel cart and went along Ho Chi Minh City and ask, “Who needs ice cream?”, give it to them, and take the payment for it. Then I would come back.

At that time the situation was very hot or hard because everything is at, no more things. And the food too, because the food, the government pass it out. Also, they (communist) call some people, if no job in Ho Chi Minh, they call you to go to someplace, an undeveloped place, for you to plant and harvest, figure out how to survive, and eat on your own. That place is very difficult. They (communists) don’t supply money, no don’t supply food, and force you there.

How was the journey to the US from Vietnam?

When I went to the boat, it is maybe only about 75 people including kids, women, everybody. The boat was very little. About 75 people, if anyone stands up and sits back down, there is no room, it’s very tight. The boat was very small, there are 75 people. Originally, we were to go to Malaysia but the boat was so small and heavy, there was no compass, it floated to Thailand. Fear, there is fear, but I figure once decided, then go is go, then committed to go. Fear of course there’s fear, I understood there’s danger, and it’s very dangerous, very dangerous. My situation is like those right now who use boats, sometimes they sink and survive. I also know, some people speculated that people left Vietnam to other countries, about 200,000 dead at sea.  The Thailand government arraigned for us to come over (to the USA). They have people to arrange for us to come over and give those supplies and things.

(After arriving to America) I worked in the sewing factory, you know that, work at the sewing factory. Cindy: But in Chicago, what did you do? Grandpa: In Chicago, I attended church, there every week whoever needs work done, people will call you to work and pay you cash. And the government would supplement some. That’s it. A number of years later are when I went to California. We arrived, had supplements, and went to the sewing factory to look for work.

How did you feel about the United States?

Originally my motive was to avoid the communist. I come here; of course, I am very happy. Of course, I love America. I understood communist, communism in old days, survival was very difficult. Right now, it’s better, it’s different. I wanted to do businesses, do something (anything), but except something political. Don’t, don’t. I am always grateful for American soldiers. Because I am not grateful for communism. They fought, of course, I like but they were defeated, we don’t have a choice. For example, relative and friends have kids live in the south and the parents live in the north. It turns into something very confusing. The communist knows the situation, they became deceptive. If you want to talk, it very complicated. Talk three days and still not enough. The Vietnam War is very complicated. The father goes to North Vietnam but the son stays in South Vietnam.

Going back; do you consider it?

Hope, of course, there is hope to visit if there are relatives and friends. I am quite old now, my life is here.

As we saw, Mr. Van Long had multiple troubling scenarios during the Vietnam War. He moved countless times trying to establish a stable business and especially a stable home. In the end, he is very happy being in the United States and has made peace with his past, often laughing and joking while sharing his story.

The story of Mr. Van Long is a story of perseverance. At a young age, Mr. Long went through multiple instances of immigration, moving to Vietnam from China right before the Vietnam War. He lived there for many years but then decided to immigrate to the United States, where he found success. Years later, we see that the group Mr. Long immigrated with to the United States would be labeled as the Boat People. This is the story of one of those few Boat People.

Carter Block, Maxwell Miller, Ignatius Mullin, and Shaunt Kludjian are all currently attending the University of Southern California for their undergraduate education.