If They See You, They Have to Kill You 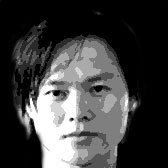 Life in the Present

What is your name and when were you born?
My name is Toua Lee. My last name is Lee and my first name is Toua.I was born in July 4, 1988 in Laos.

When did you arrive to the U.S. and how is life different?
November 17, 2010.This is different than my country because my country is communist. We don’t have education in my country. You know we live in the jungle with no education. Everything is difficult. Right now I feel as though ohh my life changed a lot. I have school. I have freedom life, it’s not like before. I want to live in my country but I can’t live in my country because the people in Laos and has the Vietnamese say, “You are American people. You help American fight us and we don’t like you. If we see you, we have to kill you.” Then they left us in our country and we feel as though ohh the Americans lied to us.

What does your story involve?
To know about my story in Laos country. We live in the jungle like in this picture. (shows picture)This guy’s the Hmong leader. His name is Vang Pao, General Vang Pao.

And you met him right?

Yes. We live in the jail in Thailand.

Oh okay. You lived in the jail?

Yes the jail in Thailand 3 years. We had a baby too. All the kids in the jail. We live in the jungle. Like this. (shows picture)

Yea we live in the jungle, beautiful house. Haha!

Visiting the Past: Life in the Jungles of Laos

How do you remember the story of how the Hmong fled to the jungles?
The war and Vietnam came to pass the Laos country to fight Cambodia and the Americans need our people to protect the border of Laos from Vietnam. They don’t want the Vietnam soldier to pass Laos country to fight Cambodia and then our people they volunteer to help because the American they say they have to help the Laos country for the freedom. They don’t want us to be communists anymore because Laos kill the Laos king and our people to help protect the king too. After the war, the Laos people put everyone in prison and those who got away fled to the forest.

Did you think the Hmong were right to help?
We Hmong, we don’t really know what’s right or wrong. We just know that if someone needs help, we just help them. So, since the Americans were the first ones to ask us to help them, we just helped them.

What did you eat in order to survive?
Because I don’t know I just follow my parents say “come leave right now” when we need to be careful of the soldier when they come here. We have to follow them [our parents] then I know I have to help them set the food like potato or something we can eat. Because we don’t have food to eat in the jungle or make farms. My life is difficult. We lived off roots and bananas. Whatever we could find the jungle, honestly.

How many people were a part of your community?
Like maybe 50 people or 100? In the central we have a lot but we live in the north so there’s very little people like 200.

How often did you have to move and how did you evade soldiers?
One year we move like more than 100 places to live. Just stay 2 nights or 1 night and move to other places because we have the people to protect from soldiers so we move to all places. If we don’t move is not safe for us.

If the soldiers found you, what would have happened?
Yeah. If they see you they have to shoot. So many friends died when they came to buy something from the market because they can speak Laos and they wear the clothes that are different than the people in the city. Because we have the mountain, right? So, we saw when they came there (Vietnam soldiers) then we say “leave right now.”

How did they view the Hmong people?
They say you look like animals not look like people. We say, “What?” We look the same. What are you thinking? Haha. They thought that we didn’t look like hard workers, like we wanted the easy way out.

Visiting the Past: The Journey to Thailand

How old were you when you traveled to Thailand?
I was seventeen years old. My brothers were fifteen and my sister was 10. I have three sisters and two brothers. The youngest maybe like 7 years old.

Why did it take so long to leave Laos?
We lived in Northern Laos. We would have to pass walking maybe one month or two or three months. We had the children. We had no food. That’s why my dad said it’s too hard to walk to go to Thailand.

When you did finally leave, how long did it take?
To walk through Laos, maybe like one month to Thailand. The jail in Thailand, three years.

How did you know it was safe to go to Thailand?
It was a hit or miss situation. If we were happening to watching the news and happened to catch an announcement from the government saying they’ll help the refugees, we would know it was the best time to cross over. But if we do not get that news, we cannot go.

So you saw a report on T.V.?
Because the reporter knows the guy in the city right? The Hmong Laos in Laos country because they know them and they know me and us too. So they can text the American reporters to go to the jungle to tell us “You can go to Thailand and the UN is there to help you. Your country is a communist and the UN cannot help you. If you need help you need to go to Thailand.”

How did the reporter know how to find you?
Because the Hmong in U.S.A right. They came to Laos. Our cousin. My cousins who live here they came to search us, our whereabouts, where we live, how we lived in Laos. When they visit and came to Laos they didn’t see us. And then, met some people that have to buy rice in the village then they know that we live there. They tell the people to come to tell us. If we see that guy, we’re very happy.

Was it easy to seek status as a refugee?
They say you are not the refugee; you look like the people immigrated to our country because you don’t have anything. Right now we don’t see the war in your country. You just stay in the Jungle and look like the bad people. They did not see us as hard workers. They felt that we just wanted an easy way out.

So how did you finally make it as a refugee?
We go to the UN, they help us because we tell the story of why we came here because we can’t live in Laos because of the war American came and need us to help them and the UN they have to do the ID. I’ll show you this is what we have in the camp in Thailand. If we don’t have this one we cannot come into the United States.

Can your other family members in Laos come to U.S.A. still?
Oh right now they can’t come here because the UN they don’t help them anymore.

Experiences in the United States

When I came here I go to Fresno I see the Hmong people a lot and I say, “Oh right now I have feel as though my life is set here and happy to see all the Hmong.” Because I live in the jungle, only 50 to 60 people in the jungle. I say “What? Our people is only like this?” They say “No, we have more cousins but they came to United States. They don’t live here.” My parents told us in the Jungle. I like to go hunting. When I came here I have friends that say “Oh you know about the jungle?” I say “Yeah. To go hunting. I like it.”

Toua Lee is a recently immigrated man who is part of the Hmong people in Laos. He spent 17 years of of his life living in the jungles of Laos, then escaped to Thailand and finally came to live here in the United States. He currently resides in Long Beach with his mother, father, and five siblings.

Melissa Mares is a senior from Los Angeles, CA and majoring in Psychology.

Christina Suriadjaja is a senior from Jakarta, Indonesia and majoring in Business Administration.