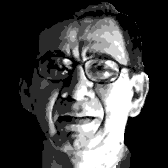 This is my father and he is completely amazing to me. I’m so grateful for all you’ve done to make my world a better place. I couldn’t be more proud of you.

Thanks for your brave faithful service to our nation.
My brother’s WW2 Machnie- gunner father-in-law just died a year ago at age 94.
At D-Day he went in on Utah Beach. That day a bazooka man took out a tank that would have killed his team. They never saw the bazooka man again. The next day the machine-gunner was firing and his team was hit by grenades and motor, I think. A German medic was the first man on the scene and bandaged him up and probably saved his life. His buddy dragged him back to the beach 8 miles, including through our incoming 105 fire. The army patched him up and months later he was in the battle of the Hertgen Forest. Operating his machine gun into an enemy position German artillery found him, the second round shot shrapnel sideways across his knee tendons. He fell backwards and this time was mercifully sent home to the states. The buddy who hauled him to safety at D-Day plus 1 was reassigned to be an MP in Paris. The machine gunner met his wife during his hospitalization. Years later he gave his heart by faith to the Lord Jesus Christ. He was a kind gentle man.
p.s. He said they told him that machine-gunners life in battle was 15 minutes.

Hello Brother Vet and gunner, carried the gun for 6 months for the Wolfhounds 227 Infantry Regiment 25th Division most of 68 until may 1969 made both Tets. I was most fortunate .I was there 15 monthes. I am 1 of only 5 guys in our unit that i know that was not hit. Very busy these days producing and gathering food for our local Food Pantry with the KC and busy in our holy Spirit Catholic Church

I was doing a search for a friend of mine about how long you life expectancy is as a machine gunner and ran across your article. I would up in Vietnam in December of 1967. I was the M60 gunner for C/1/502nd 101st Airborne Division. What you said in your article is absolutely correct. Many times under fire they had me move to the front to lay down fire to help my pinned down soldiers. The second I opened fire without question a hail of bullets would rain down directed at me. I lived long enough to to be prepared for this and would immediately return fire within milliseconds. It was this quick responses that saved my life. I made it 9 months without a scratch and then in a very heavy firefight I was shot in my left leg and hit with grenade fragments in my right leg. It was really fast thinking that saved my life. It was this repetitive training that made me react the way I did. I sure resented it while doing it but know know why they did it. I am happily married for 16 years living in Palo Alto CA.
Rich

I’m glad for you also that you did not pull that trigger. You seem like a very stand up man and your family must be very proud. I enjoyed listening to your comments and was moved by your moment of decision that day.
Thanks for serving our country.
Doug Dobransky

I love you Grandpa! Thank you so much for fighting for our country. God Bless America!

You will always be a hero to me Dad… I thought we would have this conversation “some sunny day.” I am proud of you for serving your country… I admire that quality in you… God Bless America…