An Immigrant's Experience in Viet Nam

Profilers: Christopher Orenic and Danielle Then 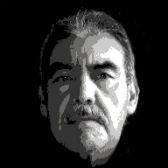 Due to Tito’s distance from Los Angeles, this interview was conducted via Skype. Before beginning the interview, Tito asked if the interviewers would like to hear a song, and when he received a positive response, he chose to sing something that he had learned in his youth, ‘La Malagueña’.

A Song from El Salvador

We Had to Protect Our Freedom

Interviewer: Do you want to tell us about, when you first got to Viet Nam, what your kind of experience was? Or you can tell us about your training before and then your transition into actually going to Viet Nam.

Tito: Well, um, of course, everybody that joined the military, they have to go through basic training. In basic training, they teach you everything there is to know concerning your ability to use any arms. You know, your rifle, your gun, your bayonet, whatever there is, because you know they teach you how to protect against the enemy. In case, you know, you deploy to a war zone. So they teach you all that, and you’ve got to learn. You better learn fast, because you never know when you are going to use whatever you are taught to do. You are actually protecting yourself and protecting your fellow soldiers.

Interviewer: What was your view of the war? What did you think about having to fight against the Vietnamese when you were there?

Tito: Good question, I never thought about that before, myself. All I know is that I had work to do. I had an assignment to do, and that was to serve our military active years, which is 2 years with the Army. And that’s all I knew concerning my general view of it. You know, I had to put in 2 years of active duty in the service. Whether it was the Army, Navy, Marines… whatever, but that was my assignment then in my life, at that point.

Sort of like my citizenship obligation, even though I wasn’t a citizen yet. But I felt that I was contributing to keep our way of freedom. Fighting for our freedom. Freedom is not free. We have to protect our freedom, and our military is part of that part that we had to depend upon, so we don’t get overwhelmed by other ideologies, that kind of thing. Our country, our way of life, we have freedom of expression. We have freedom of worship, whatever we want to worship, whether it’s our lord Jesus Christ, or whatever people want to worship. This is part of our military to protect that part of our lives, I think.

It Was My Commitment

Interviewer: How did you feel once you knew you were drafted?

Tito: When I was drafted, actually, I felt that it was my commitment. You know, I signed for it actually, before I knew that I was going to be drafted. And once I was called in, I thought that maybe that’s what everybody’s supposed to do, you know anybody that came in from another country… and I was just, you know, just fulfilling my commitments to being here, in this new country, the US.

Interviewer: Did you know anything about Viet Nam before you were drafted, or before you actually went there?

Tito: No, not necessarily, the only thing I knew was that our forces were involved in that part of the world for whatever reasons. I didn’t know that. No, I didn’t know anything about that, but I knew about the war going on, and actually, it wasn’t really a full-blown war, then. It was just, kind of like, beginning. That was back in 1965.

Interviewer: Could you just talk about your experience in Viet Nam, when you were there? Anything.

Tito: I was there to, my assignment was actually to cook for the troops, make sure that everybody, you know, had food, and that was my assignment. I was among, of course, you’re inside a compound and protected, but we still had to go around there and pull guard duty every day. We take turns. It’s a 24-hours job, guarding the perimeters, because we had to. We have to keep an eye on the enemy over there, make sure they don’t break in and start killing all of us.

So you get used to that, and other than that, as far as every now and then, they bring some people, you know, some music groups, that they give us a little entertainment, just to break the monotony of war. Every now and then Bob Hope may come by, but of course, that’s not always, you know. It’s only for Christmastime or certain holidays, which is cool, I thought. But you get used to it, after a while, you get used to it. You know you’re going to be there for the whole year, so you get yourself adapted to the situation, and that’s what I did. I get adapted to the situation.

Interviewer: Was it hard for you at all?

Tito: I really can’t remember if it was hard, but it wasn’t any easy, because you miss your family. You miss your family, you miss your home, really. You are always waiting for that letter from home telling you that everybody is fine and, anytime you write them a letter, everybody heard about it. So, that is a good thing too. You’re over there in a completely different country, they speak completely different languages…I was still just learning to speak English, myself, which doesn’t make it any easier. But after a while, like I am saying, you get used to it. You get adapted to the situation, I should say.

The US Government Failed Us

Interviewer: Could you talk about your experience with cancer and how it related to the war and Agent Orange?

Tito:  I’m sure that a lot of guys that were exposed to the spraying of that Agent Orange in the forest over there, the wooded area to clear the path, those guys were really affected by it. I contracted cancer  about 30-35 years after the war, and they still think that my cancer has nothing to do with that, but I think it does. However, as for the studies they have done they say that nobody in my family has cancer, or cancer at all. I’m the only one, and of course I was exposed to that. Not directly like a lot of guys did, but we showered with the water, they get it from the rivers. We cooked with the same water, and that affected us differently. A lot of guys got different disease coming from that Agent Orange, I heard. Cancer especially is one of them, and I got cancer in 2002, and I went through the treatment, and thank God I’m here, talking with you guys.

So, it’s in remission now and they took care of it. The treatment I went through took care of it. So, but I’m still looking in to see if I’m eligible for some kind of a compensation, you know from it… but I haven’t got any results yet. Although, I go to the VA, you know, the Veteran’s Hospital, for some kind of health issues and stuff like that, but I still don’t have any full benefits that I think I should have, along with a lot of other guys. So, for their part, I think the government kind of failed us, a lot of us. Speaking for myself, I think they could do better than that. They could, but I guess they are trained to do the best they can, and the thing we need to do is just ask to keep from playing along, and keep on asking whoever, whatever we need to do. So that’s where I am right now, that’s my position right now.

Tito Melara was born in El Salvador on January 4th, 1945. In the midst of 1960's liberation conflicts in El Salvador, Tito decided to move to the United States to pursue an education. During the process of his immigration to the United States in 1965, he was served with a draft notice. He did not yet speak English, and experienced great difficulty integrating into American culture. Immediately prior to his transfer to Basic Training, he married his love, Virginia, also adopting her 12 children. In October of 1968, he deployed to Viet Nam. During his time overseas, Tito was stationed in Ben Hoa, Phu-Bai, and Hue. He says that the one thing that sustained him in absence of his family was the ability to read and write letters. In 1969, Tito returned to the United states. Since his deployment in Viet Nam, he has experienced numerous health issues related to the war, including an almost-fatal bout with cancer. He has yet to find resolution with what happened during the war, but leads a very happy life in Fields Landing, California.

Christopher Orenic and Danielle Then are USC students participating in the research project via an American War in Viet Nam course.