Thomas Gustafson: Growing Up in America During the Vietnam War 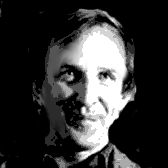 My name is Thomas Gustafson, I’m a professor of English at USC. I’m 62 years old, born in 1953, and so a crucial part of my coming of age experience was a combination of the Civil Rights Movement and the Vietnam War.

1967, I was in 8th grade, I was relatively innocent. I had parents, and I grew up in a very conservative, right-wing neighborhood, where people were very patriotic, whether it was my baseball coach who had a nephew serving in Vietnam, it was 65% Republican. Probably the key transformation was for me to go to a private school.

I was just meeting with my high school soccer coach last night, and we were talking about that I protested the war and skipped baseball practice to protest the war. But my baseball coach, who had served in World War II, would not start anybody who skipped a practice to go to a moratorium, or to sign a petition. But, it was like, members of the same soccer team, the same baseball team, we were divided in ways that are sort of unusual – I don’t know how much students really divide as deeply about politics as what happened to me and what I had in high school. By the time I went to college, from ’71-’75, through Yale, I’d say almost all students were against the Vietnam War.

At this small little town, 3,500 people, they have a 4th of July parade, and probably in my sophomore year in high school, in this 4th of July parade – I think I’ve shown you photos of it, with me dressed up as a revolutionary person, riding my horse as sort of a Western cowboy – at the very end of the parade, some high school students carried a coffin, to symbolize people who had died during the Vietnam War. When they played the Star-Spangled Banner at the start of the 4th of July celebrations, they sat down in protest against it. My baseball coach, who’s also the fire chief, who had a nephew serving in Vietnam, went and picked them up, lifted them up. Protest against the Vietnam War became part of a newspaper article about how the 4th of July parade – this very nostalgic, fun 4th of July parade – got disrupted by this Vietnam War protest.

I watched the Vietnam War – it was on television, and things like that – but it didn’t register to me. I’ll never forget when I’d just become a parent at 30 years old, and they dedicated the Vietnam War monument down in Washington, that Maya Lin did, and I remember seeing parents go up to it, and they were in tears. And I think I began crying for the first time in my life about the Vietnam War, because I think I knew what it would be like to be a parent, to lose a child in that war. I really had to gain a little more distance, a little more maturity, to measure the magnitude of what happened, which I couldn’t measure then.

My parents subscribed to Life Magazine and Time Magazine, and I remember Life cover stories of the monks immolating themselves, and the burnings, the suicide; but it was probably the My Lai Massacre where you just remembered kids not that much older or younger than myself , and the pictures of the bombings in Life Magazine, those just seared into me: they just seared into my memory, to have that on a coffee table, to see that massacre.

I think that’s when it really began entering into my mind, and when I got to college, and I had an anthropology teacher and a political science teacher; freshman year, I read the Pentagon Papers – freshman year, ’71 – a professor assigned us to read the Pentagon Papers, it just opened up my eyes to what had been covered up. I began to study history, I began to study the Vietnam War, in a critical perspective, and I’ve loved to be a scholar and a historian ever since. I’ll never forget reading the Pentagon Papers, and getting all of the documents, and all the evidence, and all the stuff that had been covered up, and all the secrets, and I was getting introduced to that stuff. It was like something so demystified, overcoming the denial, it was really getting honest, or seeing a critical perspective on our history.

I won an award from an American Legion, that was a very conservative organization. It was really coming of age in 1967, the assassinations, the protests, when you’re first opening up your mind, your emotions, your frame of mind to the larger context of the national world and the international world. It was probably the most transforming moment of my political consciousness – the context of the Vietnam War – and it’s profoundly affected me as a professor of American literature and American history, of my scholarship.

For me, the Vietnam War was one of the most troublesome and problematic of all wars in American history. I think it has made me always remember the wars that we tend to forget, and to look more critically at American history rather than in the celebration. It was an argument with an older generation that had been shaped by the patriotism and the “good war” of World War II, where my brother and I, and my generation, came of age with so much dissent against the Vietnam War.

It was really also, in high school and college, the thing that affected you most, in terms of your life, was really the war, and whether you would be drafted or not, especially for people older than I was – where right now, students will go through college and they’ll be concerned most about the economy. But all through high school, all through college, so much of our conversation, so much of our debates were about the Vietnam War.

I remember my junior year in college, a documentary came out, called Hearts and Minds, about the Vietnam War, and I had a friend down the hall take me to it. It was so unsettling, I couldn’t sleep. I couldn’t sleep, I just remember, I’ve probably never been more powerfully affected by a documentary, by a movie, than Hearts and Minds. I still show it in my class today, “America, the Frontier, and the New West”.

I was just brought up on World War II movies, and on Western movies, where the cavalry is always defeating the Indian. During the Vietnam War, the Western started to change, they began to tell the story differently, from the Indian point of perspective. I think in some sense, the Vietnam War taught me to always see history from multiple points of view, and especially – if you will – from the “enemy’s” point of view, or the “other’s” point of view. That’s just so shaped the way I think of culture, history, politics.

I think it changed. I mean, it changed in the course of my own evolution. I think people, the media, Walter Cronkite, they all come out of World War II, you’re very patriotic, you feel if America’s at war, you side with it, you sort of had a little more trust in that way. But certainly from ’67, ’68, to ’69, there’s a transformation in the media with the reporting. There was a turning point there, they became much more critical of it, and that was part of my own evolution.

In June, your hope to elect someone that would be anti-war got defeated. Humphrey just seemed to be continuing on, Nixon just seemed to…. They knew that there was an anti-war sentiment, but when you realize, Nixon gets Kissinger, and they just continue the escalation. It just continues to go on long in the wrong direction. I think by ’68, ’70, ’71, ’72, any optimism for me and for people equivalent to me had been completely blown apart.

There’s been a deep coverup. We study our “good wars”, the Revolution, the Civil War, World War I, or World War II. We tend to forget our darker, more problematic wars, like the wars with Native Americans, the war with Mexico. You can say, “Is that the same thing that’s already happened with the Vietnam War?” I always feel very much the struggle of power against power is the struggle of memory against forgetting. For me as a historian, and someone who lives literary history and cultural history, it’s trying to learn from the past and to remember so much of what we want to forget, but we like forgetting some of the ugly things: we want to forget about them, we want to move on, and things like that. I’ve seen it happen to the war with Mexico, the wars with Native Americans, and you see it happening to the Vietnam War. We just don’t teach that stuff, we forget about it, we move on; or else you know it through the movies, or it gets invoked in very problematic ways. And so, we replicate it again.

This entry was posted in Profile. Bookmark the permalink.

Our group had the pleasure and honor of interviewing USC Associate Professor of English, American Studies, and Ethnicity Thomas Gustafson. Gustafson was approximately 13 years old and coming of age during the height of the American War in Vietnam. He grew up in a conservative, mostly White suburbia in New Jersey, but attended a much more liberal high school during the years he began to form his own opinions about the war. He went on to attend Yale University to pursue a B.A. in English and history, and pursued a PH.D. in English at Stanford University. Today he focuses on political discourse in language, politics of language, and literature of the American West. Gustafson attributes his choice to pursue politics and history to his upbringing in the highly politically active years of the Vietnam War.