I was focused on getting back home 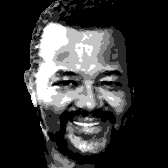 The War in a Word

What were you doing before you were drafted? Were you just out of high school?

I graduated from high school, and then I enrolled at a junior college, Arizona Western College, for two reasons: to actually get an education, and to dodge the draft! Like so many of us were doing. They wouldn’t bother you if you were going to school. I’m originally from California, so I wanted to go back to school in California. I made a dumb decision. Instead of finishing my freshman year, I dropped out to take a semester break. When I came back to Los Angeles, and I got the letter in the mail as soon as they found out I had dropped out. They sent me the letter “Greetings. This is Uncle Sam.” I tried to tell them I was going back, but they said you can go back when you get back from Nam. So, August 30, 1966, I was drafted into the United States Army.

My name is Stanley Kennedy. I am a combat veteran from the Vietnam era.

The one word to describe the war, and it sounds kind of strange, would be obedience. I obeyed my country when so many others didn’t and because of that, I think I’m a much better person today. Even though I didn’t really like what I was involved in at the time, it was something that I personally needed evidently to make me really focus in on the positives and everything that I needed to do to become that mature individual that I try to be today. I took something that could have destroyed me and let it make me a better person. I was forced to do it, they made me go over there, but I obeyed my countries call when they called me to, in some roundabout way, protect them from some type of a force that wasn’t even a threat to us here in this country. I didn’t dwell on the “whys”. I just did what I was told.

Why did they need to keep you up at night?

To harass us, so we couldn’t sleep. There were occasions where they would just go outside in their village and fire their weapons a couple times, so we were ready for a firefight. Sometimes there was one and sometimes there wasn’t. I know one guy who didn’t go to sleep for the rest of the night! That’s me. That was part of my PTSD because I didn’t trust you to guard me while I was sleepin. I would make sure you were woke because he did come to attack.

I lost about five or six, I think six. I lost six of them to combat. That’s very, very emotional when that happens. My number one buddy, he got wasted. It’s different in the North. There you know what you’re in for there. In the South, you get off a helicopter in a village where they were supposed to be your allies, and the VC start firing at you from the hootches. He got a terrible stomach wound and they would not let the helicopter land. The guy that I was with every day of my tour. He died right there on the spot.

You mentioned that you didn’t know who the VC were, that they sold you Coca-Cola during the day. How does that affect you mentally? Knowing that your enemy is there and that they are talking to you, but you cant do anything about it?

I chose the substance abuse route at the time. I’m not saying this is what everyone did. I reached a level of comfort knowing that at the time that I was there, it was highly unlikely that we were going to get into a major conflict because the area I was in south of Saigon was totally open-no jungle. Pineapple orchards and rice paddies. You could see for miles and miles. Their strategy was to go undercover in the daytime and then in the night come out. We knew this, but I didn’t have the right to come up and say, “You look like you fit the profile of a VC.” And then waste him. I couldn’t do that. If you look at some of the cinema about Vietnam, you see a lot of that going on, and it really happened. The VC was a very cunning individual. He knew how to socialize in the daytime. He and she. And I can understand because the NVA and the communist party put a lot of pressure on these people. They said, “You’re going to be a VC or we are going to kill your grandmother, your grandfather and your kids.” Half of them were doing what they had to do. They had no choice. It was fight for the cause to unite South and North Vietnam or your family is gonna die.

When I went to Tet, that was one of the turning points of that Vietnam War in January 1968. I was still in country. The VC, they signed a cease-fire for 48 hours along with us and the South Vietnamese soldiers. We didn’t know what Charlie had planned. Saigon was one of the major targets, and that was my area. My unit, C Company 199th Light Infantry Brigade was the first unit to land in the Fu Tho race track. You’re talkin about dead bodies by the numbers. That was the only time, like in Iraq, where we went house to house lookin for the enemy in Saigon. 9 out of the 10 dead bodies, enemy wise weren’t really the enemy. 9 out of 10 of them were civilians! You know how traumatic that is to see kids and old people layin around because Charlie walked up and just took care of them. They raised hell that month.

My number one buddy.. he got wasted

When you have passion, fighting for a revolutionary cause, that’s what won the war. Do you agree?

100%. As the everyday soldier, they didn’t try to understand why they were fighting. They just knew that it wasn’t right to be one country and to divide it in half. That was their mindset. It was nothing about politics. They didn’t care what the leadership was about. All they knew was, “I got aunts and uncles up in Hanoi and I’m in Saigon, and we’re enemies!” Those people didn’t like that scenario. So they said, “France, we kicked your butt. America we kicked your butt. Who’s next? We don’t care if there are 50 or 100 of us dying to one of you. We aren’t gonna stop.”

I understood the political pressure on the enemy. The Viet Cong. He could literally be your friend in the daytime. Him and his children. I was just one of the few that understood that.

You don’t think your fellow soldiers understood that?

I don’t. They couldn’t wait to kill, kill, kill. They wanted to do it. I was a little unique in that it wasn’t about the number of kills I could get; it was only about one life I wanted saved, and that was mine. I put all of my energy in that. I’m only politically involved now with the Vietnam era because I look back on it now and, in my opinion, it was a waste of American dollars and lives. For 20 plus years, the French and America tried to prevent the merging of North and South Vietnam, and in 1975, that happened. I look back on it and view my fellow soldiers that Buy lopid are helping the cemetery grow beautiful by being buried in it because I could have been doing the same thing. And, in my opinion, for nothing.

By the time I was discharged a year later, I was so off into substance abuse, all I could think about was just staying high. That’s all I could think about. Two weeks after I was home, I was so spaced, so loaded off of different types of substances that I literally ran into the rear end of a parked semi. A diesel. I totaled the car and did extensive damage to the diesel. It was all because I was a psychological mess. I was very emotional. I had survived 365 days of combat. The only reason I didn’t get decapitated was because I laid down to go to sleep on the seat while I was driving. So when I went up under the rear end of the diesel, I was…

You went underneath it?

Yes. I broke the steering wheel with my stomach, and it damaged my pancreas tremendously. I was in intensive care for 3 days. It was almost an attitude like, “What’s the use? Who cares? Life’s gonna do to me what it wants anyway, so I’m just gonna waste it and get wasted.” That kind of made me wake up and smell the coffee that I think I’d rather live than die. I had already been through that. By the time I got out of the hospital 10 days later, I survived as you see, and then I started trying to make my life make sense. Within a couple years, I decided to take the spiritual approach. That’s what helped me. I started dealing with a god that I believed in to turn my whole approach on life around because if I didn’t there’s no way I would be giving this interview.

Hey Cousins! This was a nice presentation. I am proud to have you you both as my cousins. It was done very well. I just sorry my cousin had to go over there to experience that part of his life as it was.Thank you Cousin Stanley for keeping us safe from harm. I love you Cousin. My Cousin Shonita you did a Beautiful Job. Love you Baby.

Stanley Kennedy was born in April of 1947 in Yuma, Arizona. He was drafted into service for the U.S. army after dropping out of college for a semester break in 1966. He served in the 199th Light Infantry Brigade in Vietnam from March of 1967 until March of 1968. He spent most of that time in combat in the Mekong Delta. The largest engagement Stanley took part in was the Tet offensive, where he was in close combat with Viet Cong forces in and around Saigon. After leaving the military, Stanley developed a career in the garment manufacturing industry. He is now retired and living with his family in Southern California. Though it was not by choice, Stanley is proud to have obeyed and served his country.

Shonita Peterson is a senior from Los Angeles, CA majoring in Business Administration with a concentration in Leadership and Development.

Riti Chandiok is a junior from Northern California majoring in environmental studies. He aspires to go to law school after he graduates.

Michael Kennedy is a sophomore from Denver, Colorado majoring in Mechanical Engineering with a minor in Business Administration.