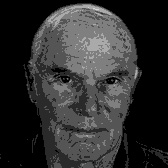 What branch of military service did you serve in, what was your rank, and where were you stationed?

United States Marine Corp and I was finished up after Vietnam instructing in command, I finished it up in Pensacola was a flight instructor and I was in numerous bases like North Carolina, Camp Pendleton, El Toro, and overseas Vietnam on various different ships.

How did you get involved in the Vietnam War?

I volunteered, I finished college and I was commissioned as a second lieutenant in the Marine Corp and I went to basic infantry school up in Quantico, Virginia followed by flight school in Pensacola, Florida and after which I was stationed with a helicopter squadron (in New River, North Carolina). We went to the Dominican Republic to respond to some sort of a rebellion that was taking place in 1965 and thereafter I went to Okinawa and ultimately to Vietnam.

You said you were a part of a military family. Did that influence you at all in joining the military?

Oh sure. It’s like you see these actors, their fathers and mothers.

What was your specific role/assignment during the war in Vietnam?

I was a pilot, primarily I was flying helicopters and we would insert troops. We would afterwards resupply them and medevac them.

What does the purple fox stand for?

That was the squadron I was in, in Vietnam. HMM 364 which stands for Helicopter Median Marine.

Do you remember arriving in Vietnam and what it was like for the first time?

It was just Da Nang, it was a sandy beach. We started flying with some people that have already been there to get us oriented to what we were going to be going through. After which the squadrons because we all came over at once, it was a big buildup (1965) and the squadrons were all mixed up and scrambled. The personnel were put in all different squadrons in order not to have everybody leave at once. It would deplete the squadrons of personnel.

Can you walk us through what a typical day would look like? From the time you wake up to the time you go to bed and the living situations?

There would be fragmentation orders that would come down. The Marine Corp is set up around the infantry including the air wings. We would report to the ready room and receive the fragmentation orders and go do what we had to do. If there was a big operation taking place, it was a lot more intense and a lot busier than normal. So if we got a call of a large operation or if someone was wounded or killed, we would fly out, pick them up and resupply them.

How far would you go out for a typical assignment?

It depends, it’s restricted to the range of the aircraft. But it was normally somewhere around the vicinity in which you were based. I was based in a number of places.

What would you say was your scariest moment that you experienced while you were in Vietnam?

It probably would have to have been the first strike that I went on. I was new and we were carrying a hundred first airborne troops. We orbited out over the water off of a town called Qui Nhon where we were based. We were orbiting out over the water while the air force softened up the area that was heavy concentration of enemy troops. We held over the water until the preparation, artillery, and bombardment from the aircraft were completed and then we were called in to insert our troops. At which point, we went into the zone and there was heavy fire. I never seen tracers fired and they were everywhere. We couldn’t tell if they were coming or going. We had 7 wounded and 1 killed. I figured I wouldn’t make it out of there alive, but it wasn’t that bad.

I have more doubts about the war now then I did then, I was told what to do and then I did it. We were very confused. We didn’t lose any battles in that war. The battles we lost were in this country with our people. They got tired of it and the draft was on, people were getting killed and families don’t like that. So in retrospect I look back on it and I say nobody was invading us, it wasn’t in defense of the homeland, certainly, as is not the case in Afghanistan and Iraq right now. We are not being invaded so what is the use? It’s an honorable profession and you do serve honorably most certainly of those in Marine Corps and different bases and military services. Because of the present administration that is in power right now I would not advise anybody to join up.

Why would you say that?

Because the particular party that is in power right now is not military friendly. We have cut back considerably in just about everything. The military, is extremely weak, Navy, Marine Corp. and Air Force.

Again. I will never forget it. I have friends that I am in constant contact with to this day. I am proud of the service, particularly of the Marine Corps, and that’s about it.

Are you a part of any Veterans associations right now?

I tend to not participate in those. They have them bi-annually, but they are all the same thing. I am not a good joiner in just repetitive things. They have to be something new for me to appreciate it.

Howard Stowe Roberts, Jr. was born on March 31, 1939 in Pensacola, Florida. He enlisted at seventeen years-old in the United States Marine Corps in 1957 prior to graduation from high school. He completed recruit training at MCB Parris Island, South Carolina. Following six months of training, including infantry training at MCB Camp Jejune, North Carolina, he was released into the Marine Corps Reserves and accompanied his parents to Pearl Harbor, Hawaii. Scott completed high school in Honolulu and later graduated from college in 1963 as a Commissioned second lieutenant in the Marines. After completion of basic infantry officer training at Quantico, Virginia, he transferred to NAS Pensacola to train as a pilot. Mr. Roberts reported to his first helicopter squadron at New River, North Carolina; part of Camp Jejune. Soon thereafter, he embarked aboard an aircraft carrier to assist in putting down a rebellion in the Dominican Republic. During the latter part of 1965, his squadron deployed to Futima Airbase, Okinawa prior to insertion into Vietnam. He arrived in DaNang during the huge buildup there. He later went to Quinoun where he supported the Republic of Korea, Tiger Division and elements of the hundred and first airborne division. Following his tour of fourteen months, he was transferred back to the Training Command in Pensacola as a flight instructor where he completed a three year tour before resigning his commission to go with the airlines as a pilot. Today Scott says he will never forget his service. Semper Fidelis means "Always Faithful." “That's what it means and that's what we are!” –Scott Roberts