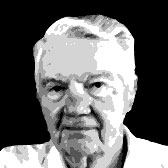 What interested you in a career in the military?

My Brother was in the military I thought very highly of that. He was in the full-time National Guard, I decided I wanted to do that. One thing led to another.

What was the most challenging thing about being a family man and a soldier?

Your dad (Kee’s son) was born in 1967 and we expected to go back to West Point at that point. I didn’t mention I was in the class of 1961 at West Point. About Christmas of that year I got a letter from military personnel. We thought we were gonna send you to West Point but you’re going to Viet Nam.

What is a particular memory of Viet Nam that comes to mind?

I had been in Viet Nam a year. The experiences there were, I was an advisor, I wasn’t with the American units. I had an advisory detachment when I first arrived. It was myself and about 32 enlisted special forces guys. Tet [offensive] had come along and our entire compound was blown to hell. So we started rebuilding. I had about 32, as I said, SF (special forces) guys. And they were with the [South Vietnamese]. One day, right around New Years. I get a phone call and they say, “You gotta be in Hawaii the day after New Years”. And I say, “What the heck is going on?” What had gone on was Nixon had been elected president and part of his program was something called Vietnamization. And it turns out that my attachment was the test for that whole [program]. I ended up with a command of 400 Americans and as it ended up 7000 Vietnamese. The whole point was we were training these folks to essentially take over the places where the effort of the United States was. If you look at what’s going on today in Afghanistan you can see some similarities. I had people in Lung Tau, Phan Rang, Dai Loc, all types of people, all over the place.

I must say that the Vietnamese Colonel, man by the name of Vin Binh Lai, was a wonderful guy. I was in my office, everything was just blown to hell. And we were sitting there and the Vietnamese Colonel was up and he had about a dozen guys lined up and just bringing hell on them. I’m sitting at my desk inside and I’m looking at them through a header. All of a sudden Colonel Lai goes to the guy in the back and hits him right in the mouth. Wham! Guy goes down. And I’m saying, “What the hell is going on? No, no you don’t do that”. [He] goes to the next guy. Wham! Guy goes down. I have a Sergeant, a US Sergeant beside me. He said to me, “Cool it, don’t do anything”. The next guy. Wham! Down he goes. Fourth guy. Wham! He doesn’t go down. I don’t know if you know what an Article 15 is but initially when you do something wrong that’s how units issue [punishment]. This was their version of an article 15. [The Sergeant] was absolutely right. If I had stepped in and tried to do something. I would have lost the ability to work with [Colonel Lai]. Over there that’s the way they did things, not the way we did it. That’s an issue that became very difficult as time went by. You couldn’t do things the way Americans did it. Well that’s not always the way it works when you’re dealing with other cultures.

Did your mission to train the Vietnamese work?

I saw that the military from 1973 on significantly improved, but it was a difficult time. I can say that because that was when I was a battalion commander and a commander of the brigade in Morocco, Germany, all kinds of places. The unit certainly improved between 1969 and 1973.

Why was Desert Storm better received than Viet Nam?

It was a function of the years. [President John F. Kennedy] gets up and is sworn in and says we will do anything to support the world. That went on from 1960 to 1973. The political situation was that we had to get out of there. Now we come along to Desert Storm, and it was a little clear that [Iraq] decided to go in and felt like Kuwait was one of their provinces. They had all of the oil, so they wanted it. It was the 24th of February, 1991, we go in, and we just beat the crap out of them. We all thought it was going to last a while, but it lasted a half dozen days. They were completely beat up. I remember going over and having photos of Iraqi forces trying to get out of Kuwait City. It was awful. I had soldiers that felt guilty. Their whole training was to fire at 1500 meters, so when we came in that was what they did. They fired almost 1000 meters short of us while we fired at 2500 meters, and we just blew the crap of them. It was no contest. I had guys that actually felt guilty about that.

Now that wasn’t real bad. Nobody liked Viet Nam. It went on for years and years like Afghanistan now, but even worse. Unlike Viet Nam, in Afghanistan we had all kinds of restrictions on where we can strike and who we could strike. We came out of Kuwait and had a huge parade in New York City. Everything was wonderful, and it worked out well. Ten years later, we had the Twin [Towers], and we ended up going back into Afghanistan. You know very well how that went.

Was the U.S. Intervention in Viet Nam worth it?

We did not accomplish what we wanted to do. We wanted to accomplish a democratic system that would apply to not only just Viet Nam but whoever in the East. That did not happen. We lost. We never lost a battle but we lost the war. However, today, Viet Nam is a country that we pretty much look at as friendly, not allies, but friendly. [We are] Certainly not anti-Vietnamese, because they have had problems with the Vietnamese. If you ask me, you know this is a tough question because I lost a few friends over there. If you ask me if it was worth it? The lives of my friends? I have to say no. On the other hand, from a political, national, point of view, I think we came out better than we thought we would.

What is your opinion on the way that the U.S. left the conflict?

What kind of mentality helps a soldier survive combat?

I was doing what I swore to do. I think that a kid today, okay he’s worrying about Afghanistan. If he raises his hand: “I swear to the government of the United States military” and all that, that’s what he should do.

What was the biggest lesson you learned in Viet Nam?

You’re quite the hero!

a voice from the past…..

Colonel Robert Kee (ret.) was born on October 14, 1938 and is native to Everett, Massachusetts. His military service began when he graduated West Point in 1961. He would serve as an army officer ultimately concluding his military officership at the rank of Colonel. Entering his first and only Viet Nam deployment from December 1968 to July 1969, Kee would be involved indirectly in the conflict as a Senior Advisor to a South Vietnamese unit of 7,000 soldiers and command an American detachment of over 600. Following the Viet Nam War, Kee continued his lifelong career in the military through two notable eras of war with his participation in the First Gulf War in Kuwait.