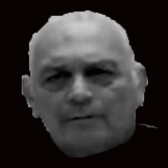 Early Life in the Military and at War

I was in college and needed a little bit of extra money so I dropped out of college and I told my wife at that time that I was going to work two jobs for a while and then I would go back in (to college). So I was going to drop out for a semester and of course, as soon as I dropped out, I got drafted. I was F6. Then I thought about it and then I said “Well if I go in as a draftee, I’ll serve for two years, I’ll be in the infantry, and I’ll be a target”. So I decided, you know what, if I’m going to do it, then I might as well do it the best way that I can. So I then went ahead and volunteered.

My first days were awful because I went down to Fort Polk in Louisiana for basic training in the middle of winter. It’s December, and it was cold and it was, you know, wet. And tactical officers, you know, those guys, the sergeants they’re pretty tough and us candidates right. And so it was a real rough basic training for me. But I got through it.

We arrived in Saigon. That’s where you come in. You fly in there and Saigon was, it just seemed like it was all bars you know. I mean every place you go there’s girls and there’s guys drinking at the bars and stuff like that. Of course, I wanted to get to my unit, you know, where I was going to be ending up as fast as possible. I am a married man and most of the people that were over there weren’t the married men types and so they had a different thing to do than I did. So I just wanted to get out of there as fast as I could. Sometimes it would take weeks to get out of Saigon when you finally got your assignment. I was about two or three days.

Well, I was in the Phoenix program, okay. I was a counterintelligence, military intelligence officer and my job was to advise Vietnamese counterparts. I had a captain and a lieutenant that I was directly responsible for advising on counter-insurgency techniques.

I was 24, 25 years old. I was a young boy. I am 70 now. There were some really enjoyable times and there were some times that were kind of crazy.

One of the things that happened to me, which is kind of silly – we go on different kinds of patrols and this particular day, we were in helicopters. And these young helicopter pilots in Vietnam, they thought they can do anything. We were flying nap of the earth, if you’re up too high, you’re a target and easy to shoot at. So they would go right down as low as they could, and you’re going 100 miles an hour, you know, and you’re going this way and this way and up and down and around. You’re following the nap of the earth and you’re going in between trees. And as a pilot chose to go between two trees that were too close together and the props hit the trees and he dented his props and then the helicopter started shaking away, you know. We landed, we didn’t know where the heck we were, you know, and it’s obviously VC (Vietcong) territory. And then so we looked at it and ehh maybe we can get by. We tried and you know we got it back in the air and we limped over to a the nearest base and everything worked out. That was kind of a funny incident but it wasn’t very funny when it happened. It’s only when you think about it afterwards.

Another funny incident – we were on a gunboat patrol, so we were looking at fishing, fishermen, checking out their papers and seeing if there was any contraband in their fishing boats because we had heard that a lot of weapons and supplies were being brought down from North Vietnam on fishing boats. And the day went pretty nice and I mean we weren’t finding anything. There was this one fisherman that had caught a hammerhead shark, pretty big one too. He had a hammerhead shark, and I had an NCO that was my counterpart, Sergeant — well I won’t give the name. But he was a rolly-polly guy, a little bit heavy set. Hispanic. And so, we were in our patrol boat heading back to base, about a mile offshore, and the engine cut out. So we dropped anchor, well we didn’t know, again, we didn’t know where we were as far as VC was concerned. And well they were trying to repair the engine, we decided to go swimming. And so, about 15-20 Vietnamese soldiers and me and the Sergeant and so we went in and had a good old time swimming and they got the motor fixed and it was time to get back on board. Well I was a stud back then unlike now and I had no problem – you’re about this high, well that high, out of the water and so you got to reach up and pull your body up and get onto that boat. All of the Vietnamese had no problem doing it, I had no problem doing it, Sergeant couldn’t do it. He could not get on that boat. And we had barnacles on it, and he was, you know, trying to get up and he was getting himself all scratched up and the Vietnamese jumped back into the water trying to push him up. I took a rope and tried to pull him up, you know, we weren’t getting that guy into the boat, period. And finally I just told him, “God darn it Sergeant, if you don’t get into this boat, the sharks out there are going to eat you alive.” And ‘whoom!’, he got right into that boat.

There were some major problems in Vietnam. You had several different kinds of forces. You have the Popular Force, which was people that recruited in the area that we would happen to be in. Regional Forces, they would be pulled out if they were in the district below us, they would be Regional Forces and then they would bring them into our district. So that they didn’t have any family or any friends, any relatives or anything where they were working. And it made things very difficult because the Popular Forces were the ones that knew what was going on right. They were the ones that lived there but they were also the ones that we couldn’t trust. And so that made it very difficult. It made it very difficult to do our job.

I went over there in December and I came home in December. I don’t know, I don’t remember the exact day, but you know, when you first go over, you’re a newbie right. You don’t know anything, you’re scared of everything. Then you figure things out, for about 6 months you’re very useful. Then the last three months, you’re short you know. When you’re short, you don’t want to get killed in your last three months in the country so you are a little scared again. So that’s the typical way it is.

I had, well they called them Chieu Hois, they were North Vietnamese soldiers that had come over to our side. I had a Chieu Hoi advisor, and I had a Vietnamese interpreter. And so, whenever we did anything it was always the Sergeant, myself and these two guys and then whoever I was advising. And we opened up one of these schools, and there was a graduation at this school. And I had to go that day – I had something I had to do at Pleiku so I couldn’t go to the graduation – I was invited. So I sent my Chieu Hoi guy and my interpreter. And Vietcong had wired a 6 or 7-year-old kid up with an explosive. Blew up the mayor of that little town, my Chieu Hoi guy, and the principal of that little school. That was a bad day…

I did go back to school at every chance I got – took me 35 years to get my college degree because I went to University of North Carolina, Fayetteville State University, Cochise College in uh – so I went to every time I was assigned someplace I would pick up a couple units here and a couple units there. Personnel Management type, Business type units. But wasn’t until I got out of the military that I decided to go ahead and get my degree and then I became a teacher after that.

When they find out that I am a Vietnam vet, their question is “Did you ever kill anybody?” – and I won’t answer that. That’s not the kind of question that you should ask. And our youngsters nowadays do not understand that you know. They just think of it as something cool but if you’ve seen somebody dead, if you’ve seen the action, it is not cool.

Robert Hardy was born in Illinois in February of 1946 where he grew up. It took him 35 years to get his college degree, however, he was very persistent, picking up units wherever he could. He attended the University of North Carolina, Fayetteville State University, and Cochise College. He left college only to be drafted into the military, he decided rather than be drafted and put into infantry as a "target" he would volunteer in the US Army and work in counterinsurgency. After retiring Robert was a restaurant owner and now lives in the Los Angeles area and teaches at the University of Southern California.