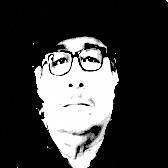 It all started about 1972, when I got in little trouble with the law, so in a way around that time you go into the service and it would be relieved. So a friend and I went to a Marine Corps recruiter, we told him that we wanted to sign up. I always wanted to be a marine watching John Wayne growing up and he made me want to be one of the best.

My dad was a flight engineer for the Starlifters. He would constantly be dropping off supplies back and forth in Vietnam. I went to San Diego and there I took my basic training. My brother was about a month and a half ahead of me. Around that time when I was at the firing range, the Chaplain wanted to see me and told me my mother was gravely ill and asked if I wanted to go see her and I said yes. But, once I got processed out it was already too late and she already passed. My brother and I suffered the loss of our mother.

During that time I was at Camp Pendleton and I was infantry 03-11 infantry since it was a 2-year enlistment. I told my girlfriend at that time, “Don’t worry babe they’re not going to send me anything.” Well I got my orders to go over seas to Phnom Penh. At that time the Khmer Rouge had already surrounded the city. We got up early that morning must have been like 3 o’clock in the morning. We flew to Cambodia and landed on the soccer field and we made the Landing Zone. One by one they started bringing in the trucks with US personnel and Cambodians that work for the State Department and they were flying them out. We got aboard our Sea Stallions and we saw all the people there and we left. We got on ship later on and that’s when the Khmer Rouge came in and we heard stories and they were marching the people out of Phnom Penh and that’s when we heard about the killings at the killing fields. I feel bad that we left. It hurt me and I still think to myself why didn’t we stay longer, why didn’t we help more people but it had happened so fast because the Khmer Rouge were already in the city.

That’s where we see Walter Cronkite, he would tell about how many soldiers and marines that were killed that day. So it started to mount, and people were getting a little…you know…”What’s gonna happen?” And that’s where the protests came in. And so that started to feed the anti-war protesters and give them fuel. And when they had the little girl running down; that was burnt by napalm. The story was that…I heard from my cousin Chino…who was in the army. He said the trouble with the outcry over napalm was more or less banned. They didn’t want to use it, you know? But the trouble with that was that whenever they see the enemy on a hilltop they would call in for napalm. And then it would disintegrate everybody. But ever since that little girl came out, they didn’t do that. And we lost more US personnel because of that action.

Experiences during the war

So we ended up on the Midway, the aircraft carrier, and the next morning we saw what looked like locusts. Flying locusts flying towards the ships. And actually they were Vietnamese helicopters, loaded with people. And right away, when one landed on the Midway there was a security alert. The navy guys came out and they had M14s. And that’s where they started evacuating the people out. And any weapons that the Vietnamese carried on, we threw them into the sea, M60’s, and everything. And then we started making room, so we start pushing the helicopters into the ocean. And that continued all day.

So the thing was, we exceeded our six-month afloat, and the guys that were back at the States that were going to replace us, wanted part of the action. You know how they are? The officers all want to get involved. And for that reason we were put on standby. We were not given the mission, it was given to the other guys. But the other guys didn’t have no jungle training at all. They were fresh out of boot camp, and went to an infantry training school. They didn’t have any experience like we had. What we found out was that Vietnam and Cambodia weren’t getting along. So what happened at Kong Tong (Koh Tong) island was that the Cambodians reinforced the island. We were told it was just a small band of Khmer Rouge. It was nothing to worry about, you know? So that day, where the guys took our place were flying in. And they (the marines) didn’t know they were reinforced. The Khmer Rouge shot a lot of our Sea Stallions filled with marines with RPGs. And then it was just like ducks in the water. We lost about 25 marines, and the rest were wounded. And so I always felt…wow…I wouldn’t be here talking to you guys if it wasn’t for us being put as a backup. But then I thought of my mother that passed away, and I think she was like divine intervention…I believe. I think she had something involved with it.

But for some reason everything came about that I end up being in the three operations. Which was…wow…a challenge. And I went to Washington D.C. and I went to the wall and I saw the names of the ones that died (in the last mission). It was more towards the end. And that’s my story.

This entry was posted in Combat, Profile, US Army. Bookmark the permalink.
Login
0 Comments
Inline Feedbacks
View all comments