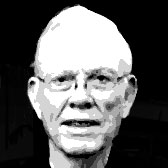 I wanted to be a pilot and an astronaut, so I’ve always wanted to do that. And I was a member of church of the open door for since I was 10 years old so I grew up in the downtown church and then went to UCLA and joined Air Force ROTC, Air Force Reserve Officers Training Corps and yeah graduated in 1959 I think. Went into the Air Force after about 3 months of lay they activated me at 3 months so I got to take it easy for 3 months and then I went into the Air Force. Let’s see… By the way the wash out rate for the pilots from the very start to the end was like 80% and it wasn’t because they couldn’t fly a lot of them just kind of gave up they called it Self-Initiated Elimination , S.I.E. The stress of being in a different type of environment or something. Yeah so I actually became a combat crew member when I was 24 or 25 and then I was assigned to the B47 as a copilot. I flew that for say 2.5 years, and then about the same time length as a aircraft commander in the B47 and then they took that out of the inventory the B47 which did not get its… was not involved in Vietnam. In fact the B47 in my opinion was the very best weapon the Air Force had because it never went to war. It was the best deterrence weapon we’ve had. There was up to 1500 of those airplanes and each of em carried an H bomb. But we’ve never had to drop it. And I was assigned to the B52 as a aircraft commander and I was initially assigned to Columbus Air force base Mississippi. And I had previously met my wife in Mississippi during pilot training, Greenville Air Force base. So then I was assigned to the B52 and I was assigned to a crew that came in from another base without a aircraft commander so they put me on their crew. So I was very fortunate to have an experienced crew. That was very nice. The good news was I was always a combat crew member so I didn’t have to do extra duties. So pull alert duty with the H bombs that was all I did, which is a pretty serious thing ya know. I was one of those few pilots throughout those 10 years that if we went to war I would be one of those guys…

When were you in Vietnam?

1967, and 68, 6 months. We flew out of Guam, and out of Utapao, Thailand. Kinda, almost half and half. I never actually was in Vietnam I was over Vietnam. I flew airplanes, dropped bombs. Cause I didn’t interact, except flying combat missions. When I was at the base which was not in Vietnam those other guys were in Vietnam. But I flew out of Thailand and Guam, Guam being a part of the United States. So yeah, that’s all I can say about that. And Thailand we flew out of there and they have never been invaded during the Vietnam War they were not invaded by anybody. If I recall, they had not been at war with anybody for many decades maybe even 100 years. Although we flew combat missions out of Thailand.

What was your wartime schedule?

During that 6 months tour we had a 3 day cycle; when we were in Guam we had a 3 day cycle. We had one day off, where we could play tennis or anything and then one day of preparing another airplane for a flight, a combat mission. And then the third day we would actually fly an airplane that had been prepared by another crew. And then we would fly a 12 hour flight, come back, wind down at a little place called Gilligan’s Island, and then as I said the next day we would have off and then we would be another preflight crew and then the third day we would fly another mission and it just went on and on like that.

We all went on R&R. About twice, maybe. One time was in Australia. And then we had a few days off at a time in Bangkok, Thailand. And I bought some silverware, bronzeware.

What is the story behind your Distinguished Flying Cross (DFC)?

We were told to fly a close formation and the B52 had never flown a close formation before so they gave us one practice run where you fly wing tip to wing tip nose to tail. Like that, fly around like that (motions with his hands). And so we had one practice run and then we flew over Vietnam. With about 30 minutes to go, we flew in a two mile trail, the three of us in a group, in cells of three, and then and I was number three in this cell of three, so I was four miles back from the leader. So they said ok join up so number 2 came forward and joined up on the right side his call sign was Red 2, this was Red 1 (points to leading ship with his hands) there was a general there by the way and I moved up and I was Red 3 and I came up on the left side. And then we were gonna fly this ground radar directed bomb run usually we did our own aiming and all that. This was called a radar directed bomb run, where they tell you how to steer they would say “ok, turn right 1 degree, turn left half a degree,” as if you could do that with the rudders and then they count you down and tell you when to drop. We did that once or twice then we went back the old way. So then we joined up and Red 1 had a transponder on board so the guys on the grounds directing us identified us with the transponder. You know what a transponder is? And it was inoperative so they said “Red 1’s transponder was inoperative so Red 2 you take the lead.” So Red 2 was in like this he was supposed to move up like this they were gonna drop an echelon. Instead I would be back here Red 1 would be here and Red 2 would be takin the lead. But when he was flying close formation you can’t see your wings in a B-52 because they’re too long and way back. So he tucked in too close and when number 1’s wing wash affected his wing and he kept going like this with the control column trying to stay level and then he would trim out the pressure with the elevator trim so that he felt normal about it but he wasn’t. When he went to take the lead he moved out and forward and didn’t realize that all that pressure was in there so his wing dipped and he went under like this and Red 1 didn’t know where he was so he dipped his wing like that and chop this guy’s tail off. So then Red 1’s wing dissolved in flame and Red 2’s tail came off. Then the two of em started to go down and this was about 32,000 feet in the air; In the meantime I saw this and so I backed out a lil bit to give them room, and then I saw what happened and I immediately went into a bank and I was going to do a barrel roll like this and come around and pull out but I know no B-52 had ever survived a barrel roll they were the biggest airplane so I went up to a 45-degree bank and flew that way through all the debris and all I felt was a heavy concussion and no injury to my airplane. In the other two half of the crew members were killed and half survived when they ejected and when you eject their parachutes they would fall parachutes open at 14,000 feet automatically Their Emergency Locator Transmitter (ELT) would turn on automatically and they would float down into the water. So that’s the story of how I was not killed and then after that I guess I won’t go into everything but they decided to award our crew a distinguished flying cross which is the number 3 from the top: the Congressional Medal of Honor, a silver cross, and a distinguished flying cross that’s one award I had. And the Distinguished flying cross, what I don’t like about that is the crew members in the other two airplanes were killed. And I survived. You know when you fly combat missions you get medals every once in a while so I got three of those.

What was your opinion on American involvement in Vietnam?

I was not a politician. We were all a little frustrated that the Vietnam War it could have ended at any time. It was a political war. I was not emotionally involved except to feel a bit of frustration about it. It caused me to resign from the Air Force.

What was your first week back from Vietnam like? How did the war affect you?

I was a regular officer. I was in my last week after coming back from Vietnam they put my crew on alert duty… No first week we flew a training mission 11 hour 45 minute training missions. And while flying I got word from the command post that my application to get out of the Air Force was approved. They told me this while I was flying and they said and one week. And then they said by the way you need to have an updated flight check. So after 11 hours and 45 minutes we landed and they put in an instructor pilot that did some touch and go and passed the flight check. After 11 hours and 45 minutes in the air (laughs)… Then they put me on alert duty. Alert duty was one week long. So they put me on alert duty, I couldn’t even process out of the air force. So what I did,when I was on alert, was fill out applications to all the places I could think of..
Major Airlines Boeing aircraft Company Flight test pilot or something ya know? And then after I got out of the Air Force I was hired immediately by Western Airlines. I must be a pretty good pilot cuz I’m still living. That’s how it changed me: it got me a job with Western and Delta Airlines.

What was the general perception of the war?

Everybody burning their draft cards and stuff like that. And also Mississippi… they can care less. I think only big cities in the US were bothered by the Vietnam War: Berkeley, San Francisco, different places. Some people went to Canada. You probably know more about that than I do…

What is your wholesome conclusion about the Vietnam War?

I think that the Vietnamese people forget bad things quickly. Maybe because they want to. Now we do business with Vietnam, we tour over there. Vietnam is a better place to go than China. I imagine in the future they will get better and better.

This entry was posted in Profile, US Air Force. Bookmark the permalink.
Login
0 Comments
Inline Feedbacks
View all comments

Captain Richard Dixon was a combat crew member during the Cold War and the Vietnam War. He flew 50 combat missions and was awarded a Distinguished Flying Cross. After he left the Air Force he flew for Delta and Western Airlines. He is now retired and lives in southern California with his wife.