From Texas to California to Da Nang 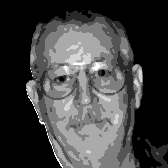 Joining the US Navy Seabees

Benett: We are in Los Angeles, CA on March 1st, 2014 with Randy Benson. We are going to talk about his experience in the Vietnam War. How did you get to Vietnam and when was it, and how old were you?

Randy: I got to Vietnam after struggling and kicking to avoid it for three years…or more. It started in maybe…1963 or 4, when I was still a student in college. And I developed the habit of getting kicked out of college every year. And so I went and got a job at a defense plant, Texas Instruments. Then I went back to school and got kicked out again. And so, at the time, the US Navy had….oh and then I got drafted. As soon as I got my draft notice, I ran down to the Navy recruiter and joined the naval reserve. This was in 19…late 66 or early 67. At the time, the program was that you join the naval reserve, you did the first year…you had a six-year commitment. The first year was inactive reserve, where all you had to do was go to meetings once a month. That suited me. I figured within 12 months that “little skirmish” over there would be done with and I could do my two years of active duty somewhere on a boat floating around on the Atlantic or Pacific…preferably the Mediterranean. So meanwhile I was struggling to avoid the draft, or at least avoiding going into Vietnam in a combat zone. And that didn’t work out, at the end of a year of inactive reserve meetings, it was time to do my two years of active duty.

They came to me and they said, “We have a deal for you, we’re going to teach you to shoot a 50 caliber machine gun from the deck of a Mekong river gunboat. How’s that sound?”

And then they said, “OR it appears you have some construction background.”

Which I did, I worked for my dad’s construction company since I was about 14. So they said, “How’d you like to join the Seabees?”

The hitch was you had to ship for four years. You had to sign a four-year enlistment rather than a two-year. So, four-years of active duty. But there was no machine gun and no gunboat in the equation. So I said, “Fine.”

So that’s how I joined up. I shipped for… I went to a second boot camp…that was fun and games. I’m probably the only person in the Navy that’s been through navy boot camp twice. Because again, I wasn’t in a combat unit. The Seabees… Seabees stands for construction battalion. Our battalion was MCB5. Mobile Construction Battalion number 5. We were based in Port Hueneme, up here up the coast, just south of Ventura.

Randy: Martin Luther King was executed. And Bobby Kennedy. So suddenly you had every Black American in Vietnam pulling the other way. ‘Cause he was disappointed and pissed off. And he hadn’t been treated very well anyway.

It was like Mohammad Ali said, you know, “Nobody…none of those Vietnamese ever tried to lynch me.”

Randy: 3 % of all the officers in the Army in Vietnam got fragged. And that’s only the ones that got fragged, that’s only the ones that were identified as having been murdered by their own troops by grenades. That doesn’t include automatic weapons, that doesn’t include knives. 3 %, that’s a lot of officers and not one of them got fragged before 1968. It doubled in ’69, it doubled again in 1970. Google this stuff, you’ll be appalled. Your government doesn’t, hasn’t just started lying to you recently.

Benett: What happened when you came home?

Randy: Got spit on in the airport. They’ll tell ya that didn’t happen much, but it happened to me. Welcome home, [mimics spit noise]. You didn’t want to wear a [uniform]. It was bizarre. it wasn’t like today. If you wore a uniform in the airport all the high school and college aged girls would spit on ya. True. Not all of ‘em.

Benett: What about your family? And your friends?

Randy: My family, people in the United States, the war was on television every night, but they didn’t tell you much. Our camp in Danang got destroyed and I phoned home over a satellite link. The Seabees had a…not a satellite link, over a short wave link, the Seabees had a short wave radio relay where you could talk on the telephone in Danang and your parents would get the call in Dallas but it was over short wave radio, basically. So I called them to tell them I was alright, but they had no idea what I was talking about. Our camp…the bomb dump next to our camp blew up for two days and two nights. It was the biggest bomb dump north of Tan Son Nhut airbase, which is the 2nd biggest bomb dump in Vietnam.

“I Cry Every Time I Think About It”

Benett: Is there anything that you want to talk about?

Randy: I would like to tell you the most disappointing incident that ever happened to me. Because I still don’t understand it. I don’t know why it happened to me. It has very little to do with the war…it has everything to do with the war. There were displaced… you can’t imagine what it would be like if war broke out here and a foreign country came to chase rebels around the United States. People would be displaced, your house could have been blown up, your school could have been destroyed in a bombing. And then, you’re out on the road. You’ve got the clothes on your back and maybe a bag of groceries and your toddler. And you’re lucky if you can find a refugee camp.

So, anyway…you’re allowed one R&R, rest and recuperation. Our choices were Hawaii, which was where all the married guys went because their wives could meet them there. Or Thailand or Hong Kong or Tokyo. I couldn’t afford Tokyo, Thailand was too close to Vietnam and I wasn’t married so I went to Hong Kong. And I was into photography so, I bought a Nikon camera. The first day off the plane in Hong Kong I bought a Nikon, FTN Photomic with a 50mm F1.4, a 200 mm F4 and a 35mm lens. And I had them in a brown camera box and I would take them out on the high way with me so I could take pictures during the day. Because it was a war zone and you could take war pictures. We would see jets bombing and scraping and shooting rockets, either side of the high way, a mile or so away from us, during the day.

But anyway, so we were out on the highway south of Phu Loc and north of Da Nang and a nice little curve north of Da Nang where the bay kind of comes…eats into the country, a big wide bay. The highway goes very close to it so you can jump out the truck and walk through some little open forest place and you’re right on the beach. It’s a beach like Santa Monica except there’s nobody there. It’s really nice. So we did that a couple of times. And about the second time we did it, I stupidly left my camera and lens and the box in the truck. When we get back, its gone. And me I just think oh… stupid me. But somebody says, “What’s the matter?”

And I say, “Somebody ripped off my camera.” And so these guys I’m with, whom I’m technically in charge of, but they get all fired up and they want to go find out who ripped off my camera. For me. This is all for me, and instigated by me because I’m the stupid idiot that lost the camera, okay.

Well unbelievably we go into this little ville, this little refugee wide spot in the road and they actually track down the camera. They find it hidden in a hole in basically out in the backyard and they find the kid that took it. And he’s like a 17,18,19 year old kid, he’s not that much younger than us. The only difference is he is Vietnamese and he has no home and he and his mom or whoever, you know, is on the road in this refugee camp and is probably hungry and that camera could have probably gotten him and his family out of the country on one of those boats. It might not have been any better than how he was doing but at least he would be on a boat headed somewhere out of Vietnam.

But that wasn’t to be because we caught him. I got my camera back but that wasn’t the point. At that point some ARVNs come up, the ARVN, the Army of the Republic of Vietnam, so these guys go, “What’s going on?”

And my guys tell them and they say, “Ok, we’ll take it from here.”

And that’s the last I saw of that kid. They were leading him off you know swatting him on the back of the head and stuff. I prayed ever since then that nothing any worse happened to him but I suspect that he at least got a really good beating out of it and I hope to God that’s all he got out of it. Because I have nothing but sympathy for him. I would have done it myself if the roles were reversed. I wouldn’t have even thought about it because it could have saved my family from the Holocaust that was going on over there. He just wasn’t lucky enough to get away with it. Well, there, here endeth the fable. I cry every time I think about it.

Randy is my brother, and although we are very close, I’ve never heard these stories. Thanks, Benett, Jacqueline, and Minghao. What a gift.

Randy Benson was born February 16, 1945 in Dallas, Texas. Growing up in 1950s Texas, he was a cowboys and Indians playing, cartoon loving, adored big brother to his little sister Ann. Randy made a few attempts at college in the 60s, but he “kept getting kicked out!” In 1966, when things didn’t work out at Rice University, he was drafted into the military to go to Vietnam. He decided at that point to join the Naval Reserve. A six year commitment. He was hired as part of the Aggressor Army for military training in Port Hueneme, California. Starting out as an Engineman 3 (E 3), Randy was quickly promoted to an E 5. He was then offered a position in the Mobile Construction Battalion 5, or MCB5, or more commonly the Seabees. The Seabees are part of the U.S. Navy who provide various construction services for the war effort. For Randy, it meant a longer commitment, but more importantly, a non-combative one. December 1968, Randy and the Seabees flew into Da Nang, Vietnam. The majority of his time served in country was as part of a Security Squad Paving Crew maintaining Route 1, which connected Da Nang and Hue.