LIFE IN A FOREIGN LAND 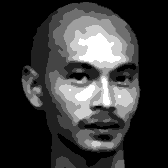 Poly tells us about his life growing up in America after having been born in a Thailand refugee camp. He goes into detail about the hardships both he and his family encountered, and how he overcame them growing up.

WHO IS POLY CHUONG?

Colleen: Tell us a little about yourself. Introduce yourself.
Poly: Well, I’m Poly. I’m a junior here at USC at the Leventhal school of accounting. I transferred here from Orange Coast College. My first semester here, actually. Born December 25th, 1979 in a refugee camp in Thailand.

Colleen: Tell us about your family. How many brothers, sisters?
Poly: I have one brother. He’s older. No sisters, it’s just us two in the family. My mother. My father was killed. My aunt. My uncle.

THE BEGINNING OF A LIFE IN AMERICA AND AN UNTOLD STORY

Danilo: So, when you got sponsored, it was just for you guys to be refugees here, and then do you know what was the setup? How did you guys get established?
Poly: Oh I don’t know. When we first got here, I remember each of my mom and my aunt had to work three jobs to get by.
Danilo: Just to get by. They had to work…
Poly: Yeah. Cause they had zero English. And, they didn’t know the American way of life.
Danilo: Where did you grow up again?
Poly: Long Beach.
Michael: And, when we ask about your family’s past and you say you’re not really sure. Was it something that you weren’t necessarily comfortable with talking with them about or was it a sensitive topic?
Poly: I would never bring up the subject. Cause it was brought up a few times before and I just like to see them cry.

WHAT IS A REFUGEE?

Poly: Well, I think a refugee is someone who is… I don’t want to say saved, cause that’s the wrong word.

HIS INVOLVEMENT WITH GANGS

Poly: I wouldn’t say it was a cry out for attention. Because, I got involved with gangs when I was in high school and junior high. My brother didn’t. He was always the straight shooter. You know, the good kid in the family. And I was always the “oh that guy” kind of. I always embarrassed my family with the stuff that I’ve done.
Colleen: Do you know why you go involved in a gang?
Poly: It was fun. The area where I lived was predominantly Mexican, and it still goes on today. Asians and Mexicans don’t get along in Long Beach. And, you know, walking to school, cause we didn’t have a car, I would get harassed all the time. I needed somebody to walk with.

Poly: And it’s a trend with families, with kids that have families of parents going out to work, and you know, very little supervision at home.
Michael: Especially if your mother’s working three jobs.
Colleen: Yeah
Poly: Yeah

Michael: So, they’ve been here for how many years now?
Poly: Pretty close to thirty. Twenty eight, twenty nine.
Michael: Was assimilating into the US culture easy or difficult? Are the still kind of disconnected or what? I mean if they don’t understand the difference between USC and UCLA…
Poly: They’re very disconnected. They have their own little community of people who have gone through the same stuff.

Danilo: And then a lot of people don’t have to necessarily speak English, they can still get service…
Poly: Yeah
Michael: Does your family speak English?
Poly: Very broken, and I think they’re losing their skill every day. Cause they shut themselves out from American culture. They absolutely hate American culture.
Michael: Why?
Poly: I guess the children. They’ve never seen children talk back to their parents.

Michael: With the number of refugees that we have in different areas of the country, is assimilation important, or is it better for people to stay in their own little cultures and disconnect from the country.
Poly: No, I value diversity. I value that. I think it’s very important. I don’t know if assimilation is a good word for me to use. Because that means, you know, you kind of let go of zestoretic who you are to fit in with everybody else. That’s assimilating. It’s not mixing your culture with someone else’s. It’s dropping yours to adopt theirs.

Danilo: It’s seems that you feel that in order to be American you have to drop your culture.
Poly: No. You don’t have to. I think America is one of the most diverse nations in the world.

WHAT IS KNOWN ABOUT GENOCIDE AND WHAT IS STILL OUT THERE?

Poly: You know a lot of the genocide, they only killed the educated people. If you spoke French you were dead, if you were a teacher, if you knew anything about pharmacy you were dead. The people that they kept were the taxi drivers… people who couldn’t have the knowledge to fight back. So a lot of people would disguise themselves as being dumb, being illiterate just to stay alive.

Poly is flying high as a Junior at the University of Southern California. To reach this point, however, he and his family have needed to endure extreme hardship. His family originated in Cambodia. Poly was born in a refugee camp in Thailand before moving to a gang infested Long Beach, California. After fortunately surviving the gang life, Poly reshaped his attitude and joined the military for eight years. After receiving an honorable discharge, he went to Orange Coast College and has recently transfered to USC. He is living proof that anybody can reach the top with some hard work and luck.