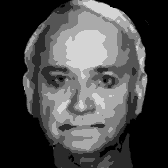 On Experience as an Officer in Vietnam

As an officer in the army it was important to spend time because we all had to do it but the option to command a Calvary unit in combat is not one you dismiss lightly. It is an important mission, but the best thing you can do as a young captain is to serve in command in a combat environment. Not only did I serve in command in this Calvary unit but the nature of the organization were such that we weren’t in a major popular area. Moved from the central highlands to Bong Son in another area where they were withdrawing a major US military force, 173rd Airborne, huge organization of about 12-15,000 soldiers and put my Calvary troupe of about 250 soldiers with all of our tanks, infantry fighting vehicles and engineer unit in this area in Vietnam.

On Drugs in Vietnam

More serious problems directly related to Vietnam, instances of drug abuse—heroin, marijuana, you name it—significant amount of soldiers, even in combat units partaking, along major highways, not uncommon for Vietnamese to come and sell drugs to soldiers early in the evening or morning. Serious amount of drug abuse in Vietnam.

On Treatment of Captured Enemies

First of all, an important point needs to be made about how we treated the enemy when we came in contact with them. Of course you are in battle, you are doing everything you are to win an engagement but in an instance when an enemy soldier is injured and on the battlefield, we took very measure to save that soldier’s life with the same priority we would have with our own. Now if there was only one helicopter and you could only take three Americans who were hurt, you put them on but if you could also put the three Vietnamese…we would fly them out.

They were treated the same way with the same medical facilities and given same care. Important to know as Americans we have high value on human life and great respect believe it or not for what happens to individual on battlefield not just because of Geneva Convention but also because of what we are trying to do. The fact that someone is an enemy when that battle is over and you have wounded on the battle floor you evacuate them. Our medics took care of them just like they took care of our soldiers on the battlefield.

On Difficulty in Training ARVN

And so we face the same problems in Vietnam that we are in Afghanistan, which is creating an organization to have the will and determination to defend their country. So there is a valid question to be asked ya know. Was there a view or notion that service to country was an honorable thing like we Americans feel? You can ask ever soldier, every marine, every coast man, “What is it that you are fighting for?” and they will tell you in very clear language. Go ask a South Vietnamese soldier what he was fighting for and he is looking at protecting his village, which isn’t a bad thing, but there is no notion of a nation at the time to be loyal to for a just cause.

Gideon Rosewood wrote this great book “How Wars End,” mentioned that to you both, we just pile on because we are Americans and our way of life is the way it should be, you ought to see it our way and we can make this happen…well that is total nonsense.

We are not in my humble opinion, and demonstrated by our experience in Vietnam, we lost in Vietnam. Somebody once said, famous story about one of our senior colonels, real thinker teaching at war college talked to senior general in Vietnamese army at the end of the war. And he said “We never lost a battle” but the Vietnamese general said, “That’s irrelevant”. You may have not lost any battle but what does it matter, you are out of here. You lost. We won the war. You need to win more then a battle, need to have a concept Buy crestor of how we are going to win this campaign.

This entry was posted in American, ARVN, Combat, Drugs, US Army and tagged Paul Lenze. Bookmark the permalink.

Paul Lenze joined the United States Army upon graduation from Seattle University as a Distinguished Military Graduate. He was commissioned in the Regular Army as a second lieutenant of Armor.

Since leaving the Army, he has served with Cubic Defense Applications with a brief three year period with MPRI as the Program Manager for Force Management in Riyadh, Saudi Arabia with the United States Military Training Mission. He was with MPRI in Kabul, Afghanistan as well as Kuwait. Additionally, from January 2008- February 2009 Paul served as the Deputy Program Manager (the PM in-country) for the Poppy Eradication Force in Afghanistan. This involved multiple rotations to Helmand Province and one to Kapisa Province.

Mr. Lenze holds a Master’s Degree in Political Science from Northern Illinois University and was a National Security Fellow at the John F. Kennedy School of Government, Harvard University (1988-1989). He is a graduate of the US Army Armor Officer Basic Course, Infantry Officer’s Advance Course, the Command and General Staff College and the Army War College (National Security Fellow at Harvard University). He is also “Ranger” and “Airborne” qualified.

David Meister is a sophomore studying international relations at USC.

Jack Kelly is a sophomore double majoring in economics and French at USC.

Braden Davis is a sophomore theatre major at USC.