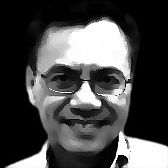 Life during the American War in Vietnam

Q: What difficulties did you and your family encounter in escaping from Vietnam?

A: Escaping Vietnam remember at that time was 1) Illegal, 2) Politically dangerous because if you get caught you would be considered a traitor, a reactionary meaning people who are willing to sabotage the government. Those are very dangerous elements in society at that time. Illegal escape because it was illegal and dangerous so a lot of people would try to take advantage of it and cheat you right whatever you plan to do because to plan for illegal (escape) you have to plan a boat, you have to purchase and stockpile petroleum, gasoline for the boat, and you hide it somewhere, bring water, food, and hide it out on the beach somewhere. Plan for people and transport from different towns and cities and all operations. Anyone of them would be willing to cheat you and trap you and take your money and run and thumb their nose at it and you can’t do anything about it. You can’t report it because you do not want anyone to know. If any of those elements of the escape failed, the whole operation failed.

So, for my family, we tried at least 7 times. To plan a day, set a day, to go out and if something didn’t go right, we had to abort it and called it off. We would just scratch it and do it again. Many of those times were because someone was cheating us because they think you must have money to plan for those things. It is quite safe for them do that, to cheat you and expose you to the government. We tried 6 or 7 times and we failed all that. And the 7th time, not that we were caught, but someone reported us and police came and arrest my father, all my older brothers were arrested. I remember I was 14 or 13 years old, as a seventh grader I would become the older man in the family to take care of my mom, take care of my younger brothers and take care of my father and older brothers who were in prison at that time because of our illegal escape.

So life was done, we had nothing left, they captured, and they took away all the gold, money, resources, and connections. We were branded the black list, dangerous elements; we lost all the privileges in the society. We lost all the school status, all the good standing. That is what happened. Because of the illegal escape, my family was all arrested and was in prison. But then after that eventually they were let out and we came back and planned again. Another time we succeeded. Yes! And we got on the high seas and we escaped. My father was still behind with my oldest brother who was still in reeducation camp.

Q: After your father was released from “re-education camp” in 1990, how did he reunite with the rest of the family in the U.S.?

A: After we escaped, keep in mind we were now reactionary but we were gone, my father was still in reeducation camp because of the prior illegal escape. They said, well, they could punish him, but what can they do? His family was already gone. So they let him out and released him. But now he lost all his status in society. He lost his household registration. He was deemed a dangerous element and a reactionary. He went out to make a living by himself when he was out. Our family was over here in the refugee camp and went to the US. We would be able to sponsor him, but the Vietnamese government would not allow him to go as a sort of punishment for him by not granting him an exit visa for the immigration program.

But then eventually during that time, when the Eastern bloc countries were collapsing. The Soviet Union broke apart and Berlin, the wall dividing West and East Berlin fell. There was a safe passage between East Berlin and West Berlin at that time. In Vietnam, someone came up with the idea of having a tour of tourists to visit East Germany, or East Berlin. It was set up as a tourist or tour group. Someone told him (my father) of that and he was able to pay bribery to buy a ticket for that. Normally the tour’s cost was about $1000 but he paid about $4-5000 so with that he got a tourist visa to travel to East Germany to East Berlin. We were unsure if he was able to get out. But knowing that he may be able to get out, I was able to communicate with him to say that if he ever got to East Berlin, he should to try to get to make his way into West Berlin.

Q: Please describe the controversy about the public display of the flag of South Vietnam.What significance does this flag represent for the Viet Kieu?

A: Well, yeah. This flag of Vietnam is called the flag of the Southern Vietnam or the Republic of Vietnam. Even today, it is the only symbol, the only image that can unify all the Vietnamese outside of Vietnam. Like it or not, it is the symbol that can identify all the Vietnamese people outside of Vietnam. It is a Flag of the Republic of Vietnam that was long gone since the end of the Vietnam War. So there is no point of displaying that flag of a government that doesn’t exist anymore. But it is not, that flag is not a display of a regime of a government, but a display of the people who escape Vietnam and escaped outside of Vietnam who want to express their feelings and beliefs, their triumphs, the sentiments of what they truly believe. This is the only image that they can both symbolize and signify those feelings altogether. That’s the only symbol that they can rally all the Vietnamese to all the common core belief of their experience. Because of that, whatever they say their effort is trying to recognize that as a symbol of Vietnamese American feeling or Vietnamese overseas. But it is not a display of a government or regime in anyway.

So the political significance of that is if we have any American government and America local agency recognize that flag is to recognize their experience, their triumph, their belief and aspirations, to recognize their feelings. So if you recognize that flag, it recognizes who they truly are, and what they believe and what they want to get in the future and in their lives. That is the symbol of that. But to recognize that flag is to not recognize that long gone government or regime. And people who don’t like the idea of that recognition will often say, why would you recognize a flag of a country that doesn’t exist? It’s against diplomatic relations with the US government. It just doesn’t make sense. But then that is the force that fights against that recognition. But it is still, like it or not, is the only symbol that still brings together all the Vietnamese with a common experience with a common belief in what they want to do for their own lives here and for the future, not only for themselves, but also for the people inside Vietnam.

Q: Why did the government in Vietnam brand you, along with your colleagues (Andy Quach, Van Tran, and Thang Nguyen) as “overseas extremists”?

A: Well, for us that is a badge of honor. But we, I and many of those people called Dr. Thang Nguyen, Councilman Andy Quach, Assemblyman Van Tran and many others. We were always, if not most of the time, in the forefront of fighting for Vietnam. We were at the forefront of slowing down Vietnamese government trying to get access to diplomat relations. We were first fighting against lifting the embargo in Vietnam, trying to fight against normalizing relations with Vietnam. We were fighting against waiving the Jackson-Vanik Amendment to allow economic assistance to Vietnam. And we were fighting against Vietnam’s effort to join the World Trade Organization. In every step of the way, we tried to do that only on the condition that Vietnam improved their human rights conditions, Vietnam recognize refugees, allow Vietnamese boat people to leave Vietnam freely, and require Vietnam to allow the people to leave Vietnam orderly in the program undertaken by the Vietnamese government.

But all those things because we were advocating against the Vietnamese government. We were making use of the political influence we had to advocate with our local elected officials, to advocate with the US State Department, US President, US Congress. It was really effective in slowing down all those benefits to the Vietnamese government. Because we were so effective in advocating for that to gain access and benefits to the Vietnamese people. And of course we weren’t surprised when they named us extremists because well we are doing something right for our people in those efforts.

Q: As we conclude this interview, what is your message to the first and second generation of Vietnamese Americans?

A: And to all the people inside Vietnam and outside Vietnam, first and second generations. I would just say the war was over a long time ago and let bygone be bygone. Now we should focus on our future and look ahead to see how we can come together and rebuild our country. We all have to do our fair share in terms of putting in our best efforts and using our assets to rebuild the country. But we can do that only if it flows freely to our people only at the benefit of our people more than the government and all that conditions will happen only if the Vietnamese government changes itself to allow the Vietnamese people to live in a free and democratic country. That will not happen. But to our people young or old, it is important that we let the past of the Vietnam War be bygone. We just focus on our future and focus on the present now and do what is best for us to rebuild our country.

To Whom It May Concern:

The full length video is available at http://www.youtube.com/watch?v=JBh-yZbzwlM

Nguyen Quoc Lan is an accomplished attorney and strong advocate for the Viet Kieu (Vietnamese Diaspora). He is often at the forefront of issues around political empowerment, refugee rights, and human rights in Vietnam. As chairman of the Legal Assistance for Vietnamese Asylum Seekers (LAVAS), he dedicates hundreds of hours each year helping refugees find sanctuary outside of Vietnam. Because of his advocacy projects, the current Vietnamese government has branded him as an “overseas extremist.” Although Mr. Nguyen believes he is on Vietnam’s “hit list,” he considers it a “badge of honor.” Mr. Nguyen is also active in a variety of civic endeavors, such as improving educational and economical opportunities for the Viet Kieu. He is currently the Vice President of the Board of Education at the Garden Grove Unified School District. Mr. Nguyen graduated with a bachelor’s degree from the University of California, Riverside, and earned his Juris Doctor from the University of California’s Hasting College of Law. He owns a private law firm in Little Saigon, CA.