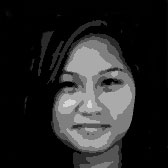 Introduction & Before the War

So, can you start by telling us your name?

My name is Natalie Nguyen.

What do you currently do? Like, what is your occupation?

Where are you originally from?

There was a lot of white people, I was actually born in a township, and that area was primarily black, and it was more of a low income neighborhood. Then when I was about 5 we moved to more of an upper middle class area where all the white people were. They moved there trying to give us a better education, better school system.

As we discussed before, this interview is going to focus on your parent’s immigration story. First to start, what parts of Vietnam are your parents from?

Did your parents have jobs before the start of the War? And if so, what did they do?

My dad taught Physics. It was a class to prep students for a test. There was a certain test you had to take to pass to graduate from a certain grade level. And then my mom, I think she was still in school when that happened.

Can you explain their involvement in the War? Did they fight or not directly fight?

So my Dad did directly fight. Kind of I guess fought in the war, he was enlisted. He was originally a pilot, he piloted a helicopter. For the beginning of the war, then he eventually trained to be an officer and then he led as an officer from that time on. Then after fighting for, I don’t know how long, it was the end of the war when they had people gathered as POWs and he lived as a POW for 7 years. When he describes it to me, what I can think of is him getting 1 bowl of rice each day. And kind of like salt, like a little thing of salt, and that was his meal everyday. And he had to work in rice fields and then also something else with the jungle. He tried to describe it to me, he used some word, I just don’t know what it means. I tried to ask him to explain it me but I couldn’t get it. That was also another job they made him do. My mom, because she was a woman, she wasn’t forced to enlist in the war or anything. She had a brother who was enlisted as a naval officer. After he went to war, he didn’t have contact with his family for a really long time. Even when he finally escaped Vietnam he came to the US and lived in the US for about 10 years. Until he was able to finally get back in contact with his parents and my mom and their sister.

So your dad fought for the South Vietnamese side?

Do you know if he choose to fight or was he kind of like enforced to enlist, or did he ever explain his reasoning if it was by choice?

I don’t think he ever explicitly said that to me. I think for him, its kind of like a pride thing because he did spend so many years in the war so I don’t feel comfortable asking him, what were you forced to do?

Did your mom have any other close family members who fought, besides he brother?

I think it was mainly her brother, I’m not entirely sure.

Did they ever talk about how their lives were different after the war began, like did they have to move? Face any challenges financially or otherwise?

For my mom, she told me about how when she grew up, she was at the top of her class growing up in school, she was really smart. When the war started my grandpa lost his job so they started having more trouble financially and so my mom. She started helping my grandma make money knitting and sowing so her grades started dropping and dropping she eventually stopped going to school for a short period of time. Then it wasn’t until the principal came out and was like, “Hey you need to be in school.” So then that is when she decided to go back and finish school. I’m not 100% sure of the context of this but my grandma’s sister had a lot of kids, like over 10 kids. She would be my great-aunt, so my great-aunt’s husband I think, he passed away, or when he enlisted in the war. I’m not sure exactly but I know the way they talked about it is that my grandma had to take care of all those kids in addition to her own 3 kids. Then my dad, kind of lost everything. He talks about when the communist came they took all of our stuff. As far as I know after the war and everything, he didn’t have any family around.

Did anyone from your mom’s family also pass away during the war that you know off?

No I don’t think so.

So how did your parents come to America? Can you describe their journey?

Well, my mom’s is pretty straight forward. Like I said my uncle, after he got in touch with them after those 10 years or so he reached out to them. He sent some money over to keep them going for a while then he sponsored them to fly over to the US and immigrate. My dad’s story is a little more complicated. He became a coffee grinder, its actually interesting cause like he met the owner of the coffee shop. She’s a woman and I guess they had a relationship and she helped him. She helped him a lot, and his plan was the whole time was to save up enough money to leave. They actually had a son together who is my brother now, my half brother. He saved after a couple years and just went off on his plan, he was a boat person and he boat to the Philippines.

That got him to Palowan, the islands and he was stationed at a refugee camp there. There they enrolled him in DSL classes and taught him what this whole process was going to be like. Then first deciding where he was going to end up and then that’s when he flew over to the US. Then they connected him with a sponsor, after he got into the US and that sponsor was in Cincinnati. That’s how he ended up there and then my uncle was also in Cincinnati. He actually took a boat to a island of Vietnam, its called Fuak. Then from Fuak, there was a naval ship and they were like, “hey if you want to come to the US then get on this ship if not we are sending you on boat back.” So he made the decision to go on the boat even though he never consulted his family about it.  He chose Cincinnati arbitrarily once he got to the US.

So did your mom ever stay in a refugee camp?

I don’t think so.

So when your dad stayed in a refugee camp in the Philippines did he talk about the conditions there? and how long he stayed?

I honestly don’t know. I think how long he stayed, maybe a year. I’m not 100% on that, but possibly that’s what it sounded like. That’s the impression I got but he didn’t really talk about conditions.

Effect on Her Growing Up

I guess that’s one that learning about your parent’s story has affected you, really giving you a broader sense of history, can you talk about other ways that it has affected you — especially in terms of trauma — do you feel the trauma they faced was passed on to you? How do you see inner-generational trauma playing out in your own life?

I think their story kind of puts me in the perspective that they did so much, they lost so much, and I have so much. I was given so much because they did so much, I should use everything that I was given to live a life they would have wanted. Even though that’s very cliché, like you don’t have to live your parents dreams but at the very least I think they want me to live a life where I don’t have to work in a factory. Like stand there for hours and hours in a freezer. Where I don’t have to waitress tables, I was lucky enough to never have to take a job part-time while I went to school. I think sometimes when my mom like did feel a lot of stress and didn’t get angry with me and my sister if we did something wrong. Which I don’t really know if it was anything wrong per se. I guess she was stressed out and we just weren’t perfect and a lot of things she’d say your spoiled, you’re not appreciative, I did so much to get you here.

I remember this time me and my sister, she was very depressed. She was arguing with my mom saying that my mom doesn’t love her. Doesn’t think that she is worth anything, she’s not as successful as my mom wants her to be. So my sister was very upset that my mom did the whole thing like, “you just don’t appreciate everything I gave you and your sister.” My sister was like, “all I want to do is kill myself” and my mom’s response was, “I carried you for 9 months in my stomach, I worked my ass off for you, if you’re going to kill yourself I might as well do it too.” I was in the next room listening to this, really hurt by all of it, not really sure what to do. I think I was a young teen at that point, and I called my brother I was just like, “I don’t know what to do, I’m kind of scared.” He was just like, “you need to trust that they can take care of themselves and this isn’t your responsibility.” I appreciate that, however I still think that its my responsibility so after I hung up the phone I literally went in there and I made them disperse. Cause my dad was also in there supporting my mom. You know like, “your mom just cares about you and she like just wants you to succeed and she works really hard for you.” That didn’t really make my sister feel better so I knew that they just needed to get away from each other. I kind of yelled at all of them, please go to your respective rooms and sleep. The next morning everything was normal. Was just like normal again, didn’t really talk about it ever again and stuff like that happens all the time.

So I guess what I’m hearing is like the trauma presents itself in subtle ways in your family and in tensions between your parents and you and your sister?

Natalie Nguyen is a second-generation Vietnamese American. She is currently 20 years old and in her third year at the University of Southern California, studying Mechanical Engineering. She was born and raised in Cincinnati, Ohio by her parents, who are refugees of the Vietnam War. Her parents came to the United States in the late 1980s, settled in Ohio, and currently work in a local factory.