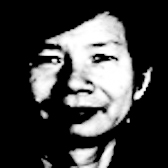 Explain to us your upbringing in Vietnam and growing up?

As far as I can remember, I have lived in Beihai, Guangxi, China since I was little, in 1965. At the time it was the Culture Revolution in China. About 1967 or 1968 we went back to Vietnam. It was peace time in Vietnam then. And then about 1972, when I was about 10 years old, the American army came again to attack Vietnam. About 1 to 2 weeks after the American army came, we had to go back to Beihai again. We made a living only by fishing. I have six brothers including me and four sisters. Our job was catching fish every day. About 1973 or 1974 it was peace time again in Vietnam. So, we went back to Vietnam and I could go to school. Then in 1978 it was the last time we left Vietnam. It’s not because of war but because the Vietnam government repelled Chinese people. A lot of Chinese people left Vietnam in 1978.

When did your family move back to Guangxi, China?

About 3 times we moved back to Guangxi, in 1978 was the last time. 1965 was the first time. 1972 second time. The first two times was because of war. The third time was because of Chinese Exclusion. Because our parents wanted us to be safe, that’s why we moved to Guangxi. Even though they did not attack civilians but sometimes they might drop the wrong bombs. One time in 1974 we were in Guangning City in Vietnam. There was an apartment building. We saw some bomb holes in the building. Some people said a family died in the basement of it. It was because there was a bomb proof shelter under the building.

How would your life be if your family had not left Vietnam and stayed?

If we stayed in Vietnam during the war time in 1972, it was hard for us. Even if we could catch some fish out there, we were at Cat Ba Island, Vietnam, there were not many people buying fish. Because most of the fishermen came from Beihai, Guangxi, China. So, every time the war came, they all went back to Beihai, Guangxi. Only a few of them lived in the land. They didn’t have their own boat, so they stayed there. Almost all people (most were Chinese) left the place.

What parts of the war and its effects on people do you remember the most?

Things that impressed me most, one was in 1972 when they went to attack Hai Phong and hit a big gas tank. It burned for several days. Another thing was before we went back to Guangxi, there were a lot of planes bombing. Two B-52 flew very low and close to our boat, but it flew away at last. If it attacked us, we would have lost our lives!

What was life like in Macau, before immigrating to America?

Life in Macau was safe and full of hope. When I arrived in Macau, I knew I could apply to go abroad. I started to learn English in Macau. We didn’t have to pay rent. It was free food and lodging. I even found a job and worked for 3 to 4 months. Life was better then. At least it was pretty safe. However, we registered in the United Nations saying that whichever country wanted us we would go. My cousin still had some relatives in south of Vietnam, and they had arrived in the US. So, they found my cousin and let us go to the We had to go to the Philippines to study English first.

How was your journey as a refugee before arriving in America?

In 1978 I was in Beihai, Guangxi, China. We were still fishing. A lot of Vietnam refugees went through Beihai to go to Hong Kong or Macau. I was about 17. I wanted very much to go abroad. My parents did not come with us in 1979. I came with my third brother. We were both single then. My aunt came out from a farm in Guangxi. We were the last group to go abroad. So, there were few boats available. When my father saw we were too eager to go, he said we could use his boat. Water way was dangerous. Some families went together.  If there were disaster, the whole family would not survive. But me and my third brother knew how to drive a sailboat. It took 3 weeks for us to arrive. Because ours was a sailboat, there were two times that it had to be towed.  It was still dangerous. Sometimes we had to pay for the towing of our sailboat. It was in November and cold. Sometimes we had to go near the coast to wait for warmer weather.

How did the United Nations help Vietnamese refugees?

There were very few Vietnam refugees then. The first night we arrived in Macau four of us went to find policemen and told them that we were Vietnamese refugees. The next day, a Macau police ship came to ask who drove the sailboat. I said it was me. They threw a rope to hold our boat and towed us to Forbidden Area Refugee Camp. We did not know if they would accept us. So, we asked them what they would do to the boat if we went to the Refugee Camp. They told us not to worry. They would handle the boat. We stayed in the Forbidden Area Refugee Camp for about a month and was transferred to White Pigeon Nest Refugee Camp. The United Nations arranged all for us.

When did you go to the Philippines?

When did your family come to the U.S.? How did you find work?

At the beginning of 1981, we came to the USA. We followed my cousin to his house. We stayed there for 3 months. It was in Los Angeles. They helped us to apply for welfare and we went to school. The house only had two rooms, not enough space. 3 months later my brother found a job in Baltimore, Maryland. It was a restaurant job. I went to school until the end of 1982 when my brother called me and said that some restaurant job was open. So, I went with him. I started my restaurant job.

Do you have any relatives or friends in Vietnam?

I don’t think I still have relatives in Vietnam. I know my relatives went to different countries during the war, some from South Vietnam and some from North. My friend in Vietnam called me and said, life is normal, usual now. Nothing happened if you stayed. Although Vietnam is a communist country, but they don’t run like Chinese communist government. The communist countries they don’t run well. That’s why the people want to move away.

How did you think the war affected your life and family as a Chinese refugee?

The war affected us not too big. Because every time the war came, we moved away. It only affected the Vietnamese who stayed there. Chinese people could run away. The Vietnamese did not have anywhere to flee. Still, we could not settle down during the war.

How would you reflect on war, given your personal experiences?

Chung Minh-Phung was born on 1962, to a family of six brothers including him, and four sisters. The majority of Minh Phung’s childhood and the early stages of his life centers around the events that he had to withstand and endure as a refugee in multiple countries. After his tumultuous trek in coming over to America, Minh-Phung has been able to sufficiently assimilate into a normal way of life, and has been operating a restaurant called Fortune Restaurant. Further, Minh Phung has ultimately settled in the state of California.

Paul is a sophomore undergraduate student attending USC through the Annenberg School of Communication and Journalism, with a major in Communications. Paul also intends on acquiring a minor in Marketing, and has career goals set to be fulfilled within the Entertainment industry, the Marketing sector, and possibly attaining non-technical roles within notable tech-based companies. Harlan Tsui is a junior at USC from Mission Viejo, California and is currently studying Pharmacology and Drug Development. Xiaoming (Max) Chen is an eight-year immigrant from China and a junior undergraduate student in USC Viterbi School of Engineering studying Electrical and Computer Engineering (ECE).