My Body Is My Evidence 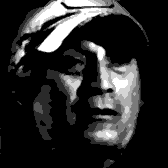 Problems with the VA

Leo Solis: A Vietnam veteran’s story about his ordeal with the U.S. Department of Veterans Affairs (VA) after sustaining multiple bullet injuries from Vietnam in 1968

Interviewer: So what was the VA like at the time?

Leo: My first encounter with the VA was the rep who I spoke with you really gave me some great advice, as far as financial. But in ’73, I received information, I received a letter, saying that they wanted to re-evaluate me. I went before a board and later I was told that it was cut down to ten percent, so now I had forty percent disability. So I was really upset, I was really mad.

Interviewer: Where you walking by then?

Leo: Oh yeah, yeah. Oh yeah. No, no, I was walking by then, yeah. And I was, like said, upset, I felt wronged, I felt betrayed so I never went back to another VA facility again. Never, ever, all these years. And then it was just about four or five months ago when I was talking with my doctor at the motion picture, I was talking to him and I was telling him that my leg and my back and my shoulder and neck problems and I was finding it very difficult to do my job. He said, “Well what you need to do is talk to the VA.” And I thought, oh God no. I’m not going back to the VA. So I get in there, and I give them my DD214 and they can’t find me. I’m not in the computer. I’m not a vet. What happened was my social security that they had on my DD214 was incorrect. The middle two numbers were incorrect. So I gave them my license and they looked it up and they found the award, that portion of the information. So then I received my, they interviewed me for about three hours to get information from me. I had to get a veteran’s card, identification card. So I went to the VA over on Plummer and Hascal overhere on Sepulveda. And they gave me the card, you know, my card, the identification card and I set up an appointment for a reevaluation, I had to go through another reevaluation. So I’m like really nervous I said, did I open up another can of worms? They’re gonna take things away.

When you went in for your reevaluation, what was the doctor’s reaction to why you waited almost 40 years to treat your chronic pain?

Leo: He said, “But why go through the pain?” I said, I told him, the way I was treated before, how I felt wronged, when the VA cut me down to ten percent, down to forty. And I told him I never came to VA facilities because of that. I had insurance with my work and that was enough. And he said, “Well I can understand not coming.” he said, “It was the attitude?” And I’m thinking to myself, the attitude? Buy Camagra online Without Prescription My attitude? The VA’s attitude? Or the doctors attitude? Or the veterans attitude? And he said, no it was the VA, the people who worked there, the doctors, or the, the people who worked there, he didn’t say doctors. He said that they treated the veterans terribly, in other words. He said that they felt that people were scamming the government.

His Injuries From the War

How did you get the nickname: Tin Can?

Leo: Oh, Tin Can, yeah. After the second time I got hit, the guys used to call me Tin Can because, you know, in the westerns they shoot the can.

Interviewer: But you got hit how many times? This all wasn’t one injury?

Leo: The last time I was hit, I was shot twice. The initial ambush I was shot in the left side and probably about an hour to an hour and a half later I was shot in the lumbar spine. It’s not like you can say “ollie ollie oxen free” I’ll be over here in the corner. It had not punctured the lung over by the ribs so that I was able to move. And then later on I got hit, and that was it. I knew I was done then.

Interviewer: So you’re tin can because you got shot so much?

Leo: Yeah. Because the first time I was hit in the shoulder with some shrapnel and they were calling me spot because they had stitched it but they had shaved a circle. But after the second time it was tin can. Dumb things people say.

Overall Thoughts on the VA

How has your experience with the Department of Veterans Affairs been so far?

Leo: So far the VA has been great. I mean, really have taken care of me as far as the hearing aids were done. I went in for the hearing aid test. It was found that, I thought it was just my left ear, but my right ear was bad as well. So they fitted me with hearing aids and it’s really been, they are very helpful and sometimes very annoying because I hear everything now. I can hear the clock. I can hear noises in my truck that everybody was talking about and I don’t hear it. But then I hear it. Oh my gosh. It was crazy.

Interviewer: Do you want to do a little show and tell? Show your hearing aids and maybe your leg?

Interviewer: I have to talk really loud for you to hear me.

Leo: My body is my evidence. That’s not that big either. But see, I mean its just, the atrophy, the calf is uh… But, I can walk. I can walk and there are so many guys who cant. The only reason I went back to the VA was to see if they could fit me with a brace so that I could continue working and not deal with this rolling of my ankle. Because what happens is that I have developed this knot right here, you know, cause the foot wants to constantly roll like this. I have to be very careful with uneven ground. But the VA has been very, I could say very helpful, its taking a long time for the reevaluation because there are so many vets so its just taking a lot of time.

Interviewer: Would you say that their overall attitude is better now?

Hi Leo. remember me Janine Keating? you dated my sister Sherry years back. Your niece Christine and I were born the same day, and same year. I contacted you a few years back.. You were so very cordial to me. Well I have been trying to locate you again to see how you are doing. You’re not easy to find these days. Sherry’s boy died last year and it was devastating to the family. I’m sure she would love to say hi to you again. Please respond to me either way. My phone number is (714) 770-7881

Update on Mr. Solis’s recent interaction with the VA: His disability was reevaluated and he was moved from the 40% he has been at since the Vietnam war to 80%. Despite this success, the VA still has not addressed the problems with his leg, refuses to acknowledge the atrophy that has occurred with his leg, and has not evaluated disability for that particular injury: the one he went into get checked on in the first place. He is continuing to pursue the VA so that his records are accurate, even if that means a change (lower or higher) to his disability.

Leo Solis was drafted into the Army in 1968 and during his time in the Army he was wounded several times, his platoon-mates dubbing him "Tin Can" because of it.

He was temporarily paralyzed from his injuries, earning him a medical discharge from the Army in 1969. Within a year, and with lots of rehabilitation, he was walking again. Within that year, however, the Department of Veterans Affairs demanded that he return to get his disability (which had previously been put at 50%) reevaluated to make sure that he was not "scamming the government." This reevaluation reduced his benefits by 10%, making him feel wronged, and so he never wanted to be treated at the Veterans Affairs Facility ever again.

Mr. Solis has worked his way up in the ranks of physical special effects and currently has his own special effects rental business. He has worked on such wide-ranging films as Pirates of the Carribbean and Inception. A link to his work is below:

The nature of his work has made it difficult for him to function with the lasting effects of his injuries, namely the malformation of his leg, where his calf has almost completely atrophied.

Mr. Solis lives in Granada Hills, California near his family and still works in the special effects business, creating explosions, rain, snow, hail, gunfire, you name it. He does not see his experience in Vietnam as one that drastically changed him emotionally, but physically it has forever left its impact.

Trenton Lum
Junior, Biological Sciences
He is applying to change his major to Film & TV Production in the college of Cinematic Arts to fight for social improvement and fair representation for Asians and Asian-Americans.

Kasey Vaughn
Junior, Political Science, Air Force ROTC (Minor in Air and Space Studies)
"Leo Solis is my Great Uncle, and it wasn't until we did this project that I heard a lot of his Vietnam stories. As a ROTC Cadet and member of the USAF I took this class wanting to learn as much as I could about the Vietnam War. I was fortunate enough to be able to learn about my family as well along the way."

Harrison Wong
Senior, Economics
"As an Asian, it is interesting to learn about how history that we learn is different from reality"