The Growth of the Anti-War Movement in America 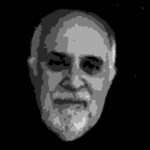 On Becoming Critical of the Vietnam War

When I was 17 and graduating high school, one of my best friends Jim Klein was a valedictorian at Mamaroneck High School in New York, and in his valedictory speech, Jim began speaking about the Vietnam War – this was the main focus of his talk — and he criticized the war and he made a statement – which I remember today, and I reminded him of a few years ago when I last met him— that we’ll remember that it was the United States that was bombing Vietnamese villages and civilians, not Vietnam who was bombing American citizens. I remember sitting in the audience as Jim gave this speech and the tension that was in the room, the auditorium, because I think almost all of our parents, the majority probably, this was June 1967, supported the Vietnam war in that they felt the US government was a government that they could believe in.

And this was the legacy of the World War II generation, what Studs Terkel called “The Good War” in his book, and here was this 17-year-old in front of them, condemning them. I remember getting my diploma and then crossing the stage, and Jimmy was standing up there as valedictorian, and going up to him and shaking his hand and just saying, “great speech.” And at that point I realized I was becoming critical of the war.

On Deciding to Go to Indochina:

I had been in India, I had lived with farmers and peasants, and I learned to speak their language, Hindi, very fluently. They were demystified to me. They became real people and friends, with great senses of humor, and not caricatures of starving people in photographs. They were my friends — I stayed nights in their homes, went to their weddings and their festivals and I could talk to them in their own language.

I became increasingly aware of protests going on in the United States. Richard Nixon, I think, makes a public statement where he says the students who are protesting the war are ignorant, they don’t know what they’re talking about, they’ve never been to Vietnam. The soldiers, they know more of what’s going on than the protesters.

And I decide, I’m nearing the end of my stay in India and I began talking to a French friend of mine in Calcutta — as I occasionally go down to Calcutta to get supplies and things like that for some of the project I’m working on— and Christian Landeau, a friend of mine working in the slums of Calcutta for a French organization called “Brothers to All Men”, he and I decided we want to take the trip to Cambodia, Vietnam, and Laos. The objective is to experience firsthand what’s going on, and to educate ourselves.

On his Most Salient Memories from Wartime Vietnam:

I arrived just before Thanksgiving in 1970 I arrived in Quang Ngai where the American Friends Service Committee, the AFSC, had established a prosthetic hospital— that is, to make artificial limbs to people who have stepped on land mines in rice patties or lost limbs in battle. I was there several days, and the person I knew was a very nice nurse who later became a doctor named Marjorie Nelson, and it was a remarkable island of these Quakers and Mennonites I met during this time. They all had a kind of calmness about them, and yet focus on what they were doing in terms of helping people. They also have the humility about themselves. There was no arrogance or “look at me what I’m doing.”

The first few day or two I was there, one of the doctors took me into a main morgue, and while I was going the rounds with them, they brought a young Vietnamese teenager, he must’ve been 17 or so, and he had stepped in a land mine as he was out in his family’s fields. His leg had been blown off but the leg was still attached by skin but they leg was off, and he’d been brought in like this on a stretcher while I was standing there with the doctor. They now had to cut the rest of the leg, separate it off, to be able to stop the bleeding. This kid was screaming in a way I had never seen or heard or experienced in my life. He was in great, great agony, and they were trying to give him some morphine or something to calm him down.

I was standing there, and actually at that point it was the only time in my life I nearly fainted. I was standing next to a bed and I was beginning to fall from the doctor I was with, so he grabbed me and said, “Larry just sit there. It’ll be ok.” And I sat there watched as they rushed to try to stem the bleeding and put a tourniquet on.

I think it was the next day after these two experiences that we had thanksgiving dinner. It was one of the most charming group of people I’ve ever sat with. We just had a great Thanksgiving meal, and I just felt I was fortunate to be among such dedicated, humble people, who – and this is what I think from this trip that I began to acquire that I was encountering people here we are who are in this war with the might of the American Armed Forces, and 300,000 troops I think at that state or 400,000. You found these small islands of dedicated Americans trying to ameliorate or mitigate the consequences of this huge military mission.

There was an IVS volunteer named Jay Scarborough, who was living –  and he had one room there and I slept on his floor. Jay was, his school was mainly educating, I think, Cham nationality or one of the Montagnards, I don’t remember exactly. And while I was staying with Jay, I remember a – someone he knew, an American army officer, lieutenant, came to speak to Jay and said, “I’d like you to come in the Jeep.” And he said, “I want to take you to this detention facility and I need you to translate for me. And I’m worried about what’s going to happen to these people.” And these people which he was referring to were a group of Buddhist monks who have been arrested in some sort of counter-insurgency program, which later turned out – to my understanding – to be part of the Phoenix Program, which we can talk about in a minute. And Jay said to me, “Well, come along,” And I went along with him.

And, in this US Army Jeep with this lieutenant and we were taken to a concrete building and when we entered in, it was a prison. I was familiar from India and having to live near Bodh Gaya with Buddhism and I spent many, many hours talking to Buddhist monks and here I saw a group of Buddhist monks in very bad shape and very frightened, although they had tranquility about them, I should say. But they were obviously had been beaten and were in very bad condition. And Jay began talking to them and translating what they were telling him to the US Army lieutenant, who I understood was an army intelligence, if I recall correctly. I don’t remember how long we were there, maybe an hour. And we left. But, the purpose of the army lieutenant who was very worried about their future, was that he wanted Jay to get in touch with people in Saigon, who could get in touch with journalists and possibly save their lives.

On Participating in Anti-War Demonstrations in the United States

At that point, it was estimated that during the American days of the war, post-Tonkin, that four million Vietnamese had been killed. What was our moral responsibility and that we should try to mount electoral campaigns and anti-war candidates. We should hold demonstrations to end the war. During the period of ’72 I attended, I think it was, or maybe it was ’73, there was something called the May Day demonstration, which was students from around the country went to Washington to shut down the government unless it shut down the war. I was – it went on for three days and during that period, 15,000 people were arrested and I was among the last group. I was arrested from the steps of the U.S. capital.

Those of us who hadn’t been arrested during the previous two days – and I spent three days and one day in a stadium and two more days in a D.C. lock up.

Daniel Ellsberg gave a very good speech many years ago when I attended in honor of a scholar man Eqbal Ahmed who taught at Hampshire. A very fascinating man and a good friend of Noam Chomsky. He gave a speech at the end of the two days that we were honoring Eqbal. He said, “you know, I want you to understand these demonstrations in Washington.”

I was government at that stage and Nixon had been considering using nuclear weapons on North Vietnam. He said it wasn’t just an idea, it had gone on through, and Dan described the stages at which a decision is made where you get to the final kind of folder where the president’s signature to authorize a strike. He said it had reached that stage and it was only because after the Cambodia demonstrations had happened, meaning after the U.S. army had gone into Cambodia. The view was that United States was become ungovernable with its youth becoming so alienated from the government which was pursuing this war, that were they to use nuclear weapons – this was Dan Ellsberg speaking – they felt that this could really create a very serious ungovernable situation in the United States and they held back on using nuclear weapons.

So, he said to everyone in the audience, “if you do think you did nothing, or it was fruitless what you were doing,” in terms of demonstrating against the war, “you may not know it, but it influenced the decisions not to use nuclear weapons on North Vietnam, the first use in nuclear weapons after Nagasaki, which has reached almost the execution stage.”

So, nonviolent, civil disobedience against an unjust war was our modus operandi, with how we tried to oppose it and I think it influenced, it changed public opinion in this country. We were part of – it wasn’t me, I wasn’t a famous person doing this – I was just one of the many people who became more and more educated from that fourteen-year-old, who listened to President Johnson who in 1964 declare that we had to respond to this attack on American naval craft, to eight years later being in demonstrations, and in 8-9 years later against the war having been in Vietnam. I was a lot more informed.

One Response to Lawrence Lifschultz

Lawrence Lifschultz is an esteemed international journalist and author. As a young college student at Yale, he became increasingly critical of American foreign policy in the Vietnam war. He put his education on hold and decided to take a trip to Vietnam, Cambodia, and Laos in 1970 to witness the war first-hand and absorb as much knowledge as possible. Upon returning home he actively participated in non-violent anti-war protests.