My Life During the Vietnam War 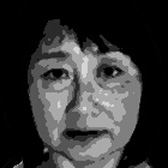 Justin: So, generally speaking, what is your connection to the Vietnam War?

Kiphan Kan: I was born in Vietnam, and in the mid-50’s. I think that’s in general what people think when the Vietnam War started. And so I have lived my childhood and most of my youth through the Vietnam War. We left in 1970, so I can say that I have grew up in the war.

Justin: Where exactly did you live in Vietnam?

Kiphan Kan: I lived in Saigon, and it’s now named Ho Chi Minh City, but at the time it was Saigon, the capital of South Vietnam.

Justin: So, how was Saigon, specifically, affected by the war?

Kiphan Kan: Well, it was the capital of South Vietnam. As a capital, it was fairly well protected, most of my life. And, so we just went along living our life. We weren’t too affected by the war, but still you could feel that it was there; we had some bombs, we could see the affect of the exploitation. So all these things affected us, but it was not like fighting in the middle of the streets.

Justin: What was the general move of the citizens of Saigon?

Kiphan Kan: Well, I was young, so I just went to school, and I had my friends, and lived my life. I can’t say that…I mean I didn’t know any different growing up so that’s what it was, and we just went around; we knew that the war was going on and at times I did think “why was I born in this place in the middle of the war when other places on Earth were at peace?” so it did come to my mind. But life goes on!

Kiphan Kan: Well like I said, I always wondered why I was born in the middle of the war; why that fate should befall me. Again, that’s how it was and so, it just– we just took it, I guess one day at a time and, just try to live our life. Now what I think about it, I’m not sure how I think about it. I think it was a lot of suffering for…what I’m not quite sure. I’m not quite sure if that was worth it. And I’ve never been back to Vietnam so I cannot really say what it’s like now over there, so I sort of have mixed feelings about it.

Kiphan Kan: Well we were living in South Vietnam and at the time.  The storyline was we were fighting the Communists. I mean a lot of people moved to the South because they were trying to get away from the Communists, and my parents knew [the] Chinese had already left China because of the Communist regime. So when we moved to the South it was–again– to sort of get away from the Communists, so the sympathy was towards the free world. And then the Americans, of course,  had- were cast as the savior of the free world. So, in that regard, yeah, our sympathy was towards the South and the Americans, pretty much. And of course the Americans brought a bunch of things to Vietnam, and a lot of fun things that we liked such as T.V. But in general we thought of the Americans as the good guys.

Justin: And looking back on the war now, do you still feel that way about the Americans?

Kiphan Kan: I do think that they thought they were doing the right thing, on the other hand, I do feel that if you are a citizen of a country you can feel nationalistic about your own country regardless of which country you belong to, and so I do sympathize with the Vietnamese at the time because it was their own country and they had already suffered the occupation of French, and Japanese, and to have the Americans fight a war through them, against their own people, I do realize now that it was not necessarily the most righteous thing to do for them.

Saved by the Viet Cong

Justin: Was there any particularly scary moment living in Vietnam?

Kiphan Kan: Well, as we grew up there were a couple of instances.  One was the coup in 1963 that brought Ngo Dinh Diem down and I think escalated, well, was the starting point of the escalation of the American involvement.  So I do remember that day because things were going on and we were told to stay in our house and we sort of got– we assemble ourselves in the kitchen which was quite, which was in the middle of the building because we felt more protected having the whole structure around us; so that was one point.  And then another day was a big bomb explosion at the American embassy.  So I remember that because it was very close to where we were living and it made a pretty big noise.  Then also the Tet Offensive.  Now the interesting thing about it is that we were not in Saigon when that happened.  We were in a resort called Vung Tau, or Cap St. Jacques in French, so we really didn’t experience it first hand but people told us that these things had happened and we couldn’t go back to Saigon and so, we were stuck there for a few days.

Justin: Are there any interesting stories that you want to share about your experience?

Kiphan Kan: Well I did mentioned about how we were not home during the Tet Offensive and because at the time these friends of my parents had offered us their villa in the resort and they said “oh, you know you should go and get some rest there because of the Tet New Year, the Chinese New Year so everybody had time off” and so they said “Oh you know we have this villa there why don’t you go there and enjoy a vacation.”  And so they convinced my parents that we should go and so we did and we stayed at the villa and so we missed the whole Tet Offensive in Saigon.  Then much later–when we have left Vietnam– we found out that these friends were actually Viet Cong and they probably knew that this was going to happen and they were trying to protect us. So they got us away from the capital, uh, so it was kind of interesting; we– I remember I was still writing to them for a while but we didn’t find out much until much later that that was the case that they probably knew something about it.

Justin: So how did you leave Vietnam?

Kiphan Kan: I was a teenager and as I mentioned earlier, my father, after Tet Offensive, I think he had concluded that nothing really very good was going to happen as the war marched on and he tried for that reason, very hard, to get us out of that country. I was born in Vietnam and so was my brother who is younger, and 18 [years old] to get conscripted in the Vietnamese army. So my brother was starting to get into his teenage years, and I don’t think my father wanted him to be conscripted at all, because he sort of knew the end was kind of getting close; so we left Vietnam, after much effort on his part.

Justin: Did you leave with just your family, or did anybody else come with you?

Kiphan Kan: No, we just left with my immediate family, so that’s my parents, and my brother, and me.

Justin: What did you bring and what could you not bring?

Kiphan Kan: We just left with very, very common things, like clothes and household items. Taking the luggage with us, I think we did- we were able to send out some things also, through mail or shipping, and- but they were really just ordinary household things.

Justin: Do you know what kind of challenges your father went through to get out of Vietnam?

Kiphan Kan: Yeah, because I was born in Vietnam and my brother was born in Vietnam, although we had parents from China, who were born in China, we were still considered as Vietnamese citizens and so it was very hard for my parents to argue that we were non-Vietnamese. However we were still minor[s], and if my father could make a case that he was leaving Vietnam as a foreigner because he was still a Chinese citizen all these years (he never took the Vietnamese citizenship), so I think he tried very hard to make a case that as he was leaving, then we as minors should be able to leave as well, and it is true that we didn’t have any immediate family in Vietnam, so nobody else could take care of us.

Justin: What were your feelings when you left Vietnam?

Kiphan Kan: It was sort of a relief because I was thinking here I am getting out of this war-torn country and to go to a place that was at peace and where there was no fight and no war–so it was sort of a relief.  And because my parents came from China we never considered Vietnam as our own country uh we were part of the Chinese diaspora and so it was not nearly as feeling of “oh we are leaving our country” you know, but on the other hand you leave something that you have known all along and something that you knew and it’s always sort of uncertain and unsettling to leave, leave some place that you known all your life.

Kiphan Kan is a Chinese woman who grew up in Vietnam for the first 16 years of her life. Her family had moved to Saigon to escape the regime of Mao Zedong in China. Most of Kiphan's childhood was haunted by the specter of war. Eventually, when it became clear that the United States and the South would lose the war, her family fled to Rwanda. Kiphan went to graduate school at the University of Southern California, and continues to live in Los Angeles with her loving family.

The four profilers are all students at the University of Southern California.