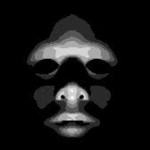 About Vietnam: for decades, Vietnam has been stuck between two sides of great powers. The South Vietnamese used M-16 rifles while the North Vietnamese used AK-47s, and both sides received a lot of supplies from the US, the USSR, and China in order for Vietnamese brothers to fight each other. However, the treatment after the victory was very cruel. To compare it with the US’s civil war in 1865, when General Grant of the North won over General Lee of the South, the way they treated each other showed that this (the U.S.) is a great nation. When Lee surrendered, Grant had all the North American soldiers line up and salute General Lee. All the Southern civilians were free to go back home and bring their own assets (donkeys, horses, etc). No one was imprisoned, and both sides’ soldiers were heroes.

Vietnamese people were ignorant. Even though the leaders were intelligent, they acted very ignorantly. Before 1975, I didn’t know a lot about the North, but in the South, our generations were illiterate. We joined the army before going to college. Actually, we didn’t know what or who we were fighting for. We just followed the rules.

During wartime, everyone wanted the war to end, because a lot of people had died. From 1945 to 1975, 5 million people died, including both soldiers and civilians—a huge number. We only desired that the war would end no matter which side would win. Surprisingly when the war ended in April 30th 1975, everything changed. Looking back to Vietnam’s history of 5000 years, there had never been any enemy that treated Vietnamese people as cruelly as the North Vietnamese people treated the South. From China who ruled us for 1000 years, to France’s colonialism, their crime couldn’t be compared to the Northern winners’ sins toward the South. First, all South Vietnamese soldiers and officials were imprisoned. Second, all of those peoples’ families were forced to go to the “New Economic Zones”.

Comparing the North and the South regimes at that time, the South was more heavily corrupt, but the reason was that there was no ownership in the North. To say that the South regime was America’s “puppets” was also correct, but only if we also say that the North was the USSR and China’s puppets. One side used M-16s, another side used AK-47s. You didn’t produce them. Everything in the South was paid for by America, while the North received every little thing from China. Thus, to be equal, if we say that the South was America’s puppets, then the North was also China and the USSR’s puppets. It had been a proxy war, and both sides were other countries’ puppets. At the beginning of the war in 1945, it was a national liberation war. When Ho Chi Minh called for the national liberation, all parties and intellectuals joined under his flag. For instance: Nguyen Manh Tuong, Tran Vinh Khao, etc (some famous intellectuals at that time). In 1949, the People’s Republic of China was born and it set up the relationship with Ho Chi Minh’s regime. Immediately, America established the relationship with Bao Dai’s regime in the South. The war was transformed into the ideological war. Each side of Vietnam fought for its ally, so the war became a proxy war. Two sides (America versus the USSR and China) wanted to test its ideologies, its strategies of guerrilla warfare and local war, as well as its weapons and ammunition, and Vietnam was the land they used. Wholly, it was still a civil war between Vietnamese people. This civil element was essential and ran throughout the war, along with other aspects. However, the civil war had been ended very unwisely. Had the winners been more tolerant and generous to reconcile and reunify, Vietnam would have been very different.

Both interviewees, Kinh Vu and Tien, were born and lived in North Vietnam in Hanoi. After 1954 when Vietnam was independent from French colonialists, both chose to move to South Vietnam for a better living. After the Vietnam War broke out, they both joined the South Vietnam army and fought the war. After the war, they were both put into re-education camps. After being released in 1984, Vu Kinh (Vu as family name and Kinh as given name) fled to the U.S. as boat people and settled in Orange County. After four years in 1988, Tien moved to the U.S. through the Humanitarian Operations program for former re-education camp prisoners, and also settled in Orange County. They both have strong feelings against the North Vietnam regime and declined to have their faces shown because the topic about the war is still controversial and their points of view are radical. To protect themselves from unnecessary troubles, they refused to publish their faces.

Zhehao Cai is born and raised in Shanghai. He is a currently a USC freshman student majoring in Applied math. Tuan Kieu is born and raised in Hanoi. He is currently a junior student in USC Marshall majoring in administration. Derek Lin is born in Northern California and grew up in Fresno. He is currently pursuing a bachelor of arts in communication at Annenberg School at USC with three minors, computer programming, cinematic arts and consumer behavior.