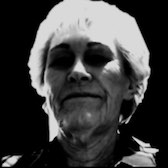 James: Good morning ladies and gentlemen, my name is James Adams. I am part of the American War in Vietnam AMST 150 class, and today I will be conducting my interview. Today’s interviewee is Mrs. Judy Almquist from Parkston South Dakota, she was born in 1940, and she was a civilian during the war.

Interviewee: In South Dakota, we had just gotten television in our town, when I was a Junior in High School, so of course I did see war stories then, but they didn’t affect me, I thought it was terrible, the bombings and the killings, but it didn’t have a direct effect on me right then, the war. So I wasn’t pro-war or anti-war, I was focused on myself.

Yes actually, my cousin Billy Petes was drafted after he finished high school because he did not go to college. So he did have to serve several tours in Vietnam. And I know that was hard on my aunt to have her only boy go off to war. Also my husband who I met in 1963 was at that time served in the reserves. And the reason he was in the reserves is because he was starting medical school, and when you were in that position, you didn’t have to serve, you were deferred. So he was sort of like National Guard, from what I remember. So those are the only two incidences that I remember from that time.

Yes, Billy Petes was the son of my mother’s sister, and they lived in the same town, Parkston. He had a sister named Connie, and they lived by the river tracks and I used to go there as a young child, and play with them, play hide-and-seek, ride bikes, talk about things, swing, normal childhood activities, so I was really close to that family, and Billy was younger than I was, Connie was a little younger than I was, so Billy must’ve been four or five years younger than I was. But we still had a good time, spent a lot of time together, spent a lot of holidays with the Petes family, and so I was close to him. When I moved away at 18, he was still in Parkston, and after he graduated from High School I learned from my Aunt and my cousin Connie that he was drafted. And I was a little shocked because I really didn’t have any idea of people that were drafted, but he did have to go serve in Vietnam. And to my knowledge he only did one tour there, but he was such an outgoing kid, and likeable, and I didn’t get to talk to Billy himself, but Connie, his sister told me stories about him coming home from the war. And he just wasn’t the same person anymore. She told me he had been exposed to Agent Orange, and that later on in life his health deteriorated, he never married, I don’t know that he ever held a steady job, it was like a whole different person so. I know my Aunt was very upset about her only son having to serve there, in Vietnam, and it was devastating.

Well, I heard about him not being able to hold a good job, living life just kinda on the edge, and he actually died at a very young age, he was in his early 50s when he died. So I’m sure I never heard what the cause of his death was but I’m sure the war had a big effect on his life and his and his length of his life.

Well I was sad for him, because I saw what the life of a real soldier is like and what they’re exposed to, and it was. It was devastating.

Well, think about it. If you were in his position and you’ve strived to get into medical school and it took you two extra years to attain that and you finally see your dream being realized and then the army calling him how nervous he was about that. Fortunately, he found an understanding person in the military that gave him clearance to accept his medical school journey and he was then exempted for when he finished all of his medical training.

Yes um, it was stressful, we talked about it a lot, and he said if I have to serve I have to serve, and I understood that and I stood by him. We were just dating at the time, so I hoped that I was a support for him and helping him make the decisions he was making.

Well of course I was not happy about that because they were threatening to take away someone I had grown to love, and I would not be able to see him, would he ever come home again? Yes, it was very discouraging.

Yes, yes it really made me appreciate what they had to go through, and for the young men going to serve what they were giving up. As far as relationships goes, and even their education goes.

Well, when the war first started in and things were going on in South Dakota, like I say, we didn’t have much television. Actually, when we would go to the movie theaters, there would be news, a newsreel. On the, before the movie started and it would show things that were happening nationally and internationally, the war, and as a kid I didn’t think too much about it, especially in South Dakota, but once I got to California at eighteen and I started college I noticed people having opinions that I’d never heard before about politics, and world involvement, and what was going on in the world, and so that got me thinking about things, but mostly I was thinking about my own career path and what I was going to do with my life. And as a woman I knew that this world war, this war, that was going on would not affect me in any way. At least I thought not until I met my husband. But while i was working at Disneyland I also saw a lot of marines because we were stationed near a marine base at El Toro. And there would be a lot of marines coming on the weekend and flirting with all the people that worked at Disneyland. I never got involved with any of them, but my girlfriend did end up marrying a marine and I was in their wedding. So I saw that part of it too. Looking at those boys and thinking how cute they were but not realizing that they were going off to war and now that I look back I just, I just my heart bleeds for the fact that they had to go face the battles that they had faced on the ground and against almost an unknown enemy.

Not so much when I was going to junior college because I lived at home, but when I got to San Jose State yes, sign-up sheets in the quad asking you to sign up to call your senator, call your representative, tell them that you didn’t like what was going on, so I saw that going on on campus, yes.

Also, what happened with a lot of the people that were drafted is if they, you know, multiple hate things spewed at these students that were protesting the war saying that they were unpatriotic and not being true to their government.

I was fortunate to have two boys, and as the boys grew up yes. I worried about them. Because the war seemed to be going on and on, and I didn’t- If they had to serve fine, but I didn’t want them serving in a war that was to me going nowhere. It seemed to have no end. So yes I was concerned about my boys. I feel like I’m very patriotic and I feel like my boys should serve if they’re called to serve but I was hoping and praying that there would be an end to this Vietnam war.

Well as I met my husband, did their internship, they went overseas and served as physicians in the army. Fortunately he did not have to do that, he would’ve gone, but by the time he finished all his schooling, this the war was coming to an end so he didn’t need to serve but I’m sure as patriotic as he was and as much as he supported our troops and I in turn supported our troops that he would have gone.

Well thinking back on that, there were two particular individuals that I remember were our best friends in medical school, and they went on to serve and they went on to serve in the Vietnam war, of course as physicians. They weren’t on the front lines but they did see the ravages of battle. They saw severed limbs and death and a lot of things that affected them personally, and when they came back from the war and we met up with them again, they really didn’t want to talk about it. I think it affected how they felt about the war, seeing all of the, they went on to be successful physicians. Some of them stayed in the service, didn’t serve again in combat but were stateside taking care of the veterans that came back that needed the rehab and the reconstruction of limbs. So yes I can say that that really affected my husband and I and our views on the war.

I think that my opinion has changed to the fact that I would like to see us never involved in a war again which I know is not possible, but the main thing that has affected me about this war is the way our veterans are treated. The veterans that served in the Vietnam war, they were scoffed at, they were derided, they were ridiculed and so many of them became homeless and not finding a way in their life to regain a sense of belonging to the United States because everybody hated that war so much. And the veterans were so mistreated. And so at that time I’m thinking how can people be this way, when they’ve given their lives for their country. And so yes, then my opinions about the war changed, as a young person I’ve- not too much affected me, but yes, I saw those veterans and the way they were treated, so it was sad.

Judy Almquist was born February 9, 1940 in Parkston, South Dakota. When she was eighteen, she moved to California, to attend Santa Ana Community College, and later, San Jose State. There, she witnessed student protests of the war, but never participated. Her husband was enlisted in the reserves while he worked on his medical degree, but was never called to serve. She witnessed the events of the war as a neutral party. Now, she lives in Hayden, Idaho.