There and Back [to the Cave] Again 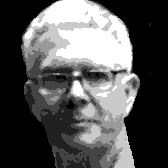 WE BELONG IN VIETNAM

You asked what was my reaction when I got my draft letter. My reaction was damn. I wasn’t sure I wanted to do this right now. Six o’clock comes and goes. You know, I can’t go out on ambush. I can’t do this because I don’t believe in this war. So, I spent the rest of the night in a tent; we were sleeping in tents. Big company type tents. I was the only guy in the tent because the whole platoon was out on ambush. I was the only guy in a tent. I was thinking, How am I going to survive the next eleven months, three weeks, or next eleven months, two weeks? I can’t go on like this. I can’t continue refusing to go on ambush. I don’t really want to defect, and I don’t really want to go to jail. What am I going to do? So I finally said to myself, “Okay, for the next twelve months, we belong in Vietnam. This is the right war, the right place, the right time, and we should be here.” So I basically convinced myself that this is how I’m going to survive. I had to believe in this war.

I have some vivid memories. In terms of vivid experiences there was twice in my life in Vietnam where I knew I was going to die, and the first time it happened right around noon. We were walking right through the jungle. Familiar sound, a little Huey action. We were walking through the jungle and we came upon a North Vietnamese VC encampment. So, normally we’ll walk along in about four columns. And when you encounter something you do a flanking maneuver where you branch out and come around and then encircle the enemy. Then what happened was we did our flanking movement and the VC, in anticipation of that, had set up a series of mines or bombs that they were detonating as we swung around. And, as we were swinging around they would detonate one, guy goes down. They detonate the second one, second guy goes down. They detonate the third one; another guy goes down. They detonate the fourth one, and it’s the guy right next to me. We’re about ten feet apart and the mine goes off and he lets out a scream. He’s down thrashing, all bloodied. And, for whatever reason, and their are some reasons, I was counting the time between the explosions, and they were about ten seconds. I count one explosion, it goes off. I count another. Thousand one, thousand two, thousand four, I get to ten, next one goes off. So, I knew I had ten seconds to live when he went down. I just started counting, knowing, when I get to ten I’m going to be blown up. But, somehow that was okay. I knew it was coming, I knew how it was going to happen, I knew when it was going to happen. I get to ten. Thousand eleven? Thousand twelve? And apparently, they only had four mines. There wasn’t anymore, and the rest of us kept swinging around, and I came back from that day thinking it was pretty cool. I faced death and it was no big deal, it was great.

I had about three months left in country and he comes up to me saying we have to go out on ambush tonight, and I say lieutenant please, let me have one night without ambush. He says, I’m taking a bunch of clerks and cooks out on this ambush and I want one guy who I can trust. So I set the machine gun so I can cover both lanes of fire. I got a nice range out here over these intersecting paths and lieutenant is behind me in the center and there are three guys covering our areas and a couple of guys out on the flank and you expect the action to be out on the road, so that’s where the machine gun is. So we’re set up and we’re waiting, and at around maybe one am or so we start hearing noise and I get off maybe fifty rounds before the kick in the belt stops the machine gun from firing. It turns out there were a heard of pigs and I killed two of the pigs. We didn’t know that right away, but we took one of the pigs into base camp the next morning and had pork chops that night.

REALITIES OF LIFE AND WAR

I’m not a philosophical person. Experiencing the realities, basic realities of life, when you’re in the jungle you look down on the ground and in a six inch square on the ground in the jungle you’re seeing creatures attack and kill other creatures, dismember them, and consume them, and its all going on down there in the jungle and that experience gives you a different perspective on life that you don’t get otherwise in terms of what is life really about. What’s really meaningful. We’re dealing with war, and with war, the rules are different. What’s fair game in war? Combat is its own culture. When I was drafted the question asked is: “Are your or anyone you know a communist party member or a card carrying member of any organization that doesn’t uphold the principles of the USA,” and I checked off yes. So, going through the screening committee, we get down to the box checked yes and I’m hauled down to the special security room. Here’s a guy interrogating me and he asks, “What’s this organization you’re a member of?” and I say, it’s my draft card sir. Buy motrin He looks at me like, your draft board? What kind of wise ass are you? I said the principles of the draft board are not the same ass democracy, they’re not the same as the principles of this country, the rules of the military are not the principles this country was founded on.

Here I am, a part of this behemoth military industrial complex in this little country that has nothing going for it, fighting an enemy that has no air force, they have no artillery to speak of, the odds are overwhelming, its the sort of battle that I think of the revolutionary Americans that were fighting with the British. felt that we were on the wrong side. Could we have won Vietnam? From my point of view, absolutely not. There was never a question that we could win this war. The litness test of a Vietnam veteran is what do you think of Jane Fonda, and anyone who is a veteran will tell you that they’d love to strangle her with their bare hands, they would kill her in a second because she’s a traitor, she’s sold out, they have nothing good to say about Jane Fonda. I like Jane Fonda, she screwed up like the rest of us in her twenties, she made some bad choices. She’s ackonwledged they were bad choices. I made some stupid choices in my twenties, I wasn’t as influential as she was but if I was I’d probably make as disastrous decisions as she did.

1968-1978 the nation angst was very much anti-Vietnam. What was incomprehensible to me at the time and seems incomprehensible now was why are the veterans seen as the ones who were perpetuating the war. I was called a baby killer. You know the Australians have what they call “Sorry Day”, where they nationally acknowledge the maltreatment that they gave the original Aborigines of Australia. I think for me, well I don’t know if you’ve heard, but apparently there was a bill this last week in the Senate trying to get this last March 30th declared national “Welcome Home Day” for Vietnam vets, it would be an official country welcoming the vietnam vets. From my point of view the time has passed for that, there’s a time and a place and that window has closed.

I remember the first time I was at USC as an assistant professor. I’d probably been here a couple years, and I said something in class about when I was in Vietnam, and this young girl comes up to me and asks if she can come see me, and I said sure, come to my office hours. She said, you were in Vietnam right? I said yeah and she said, “I’d like to come talk to you about it.” I said okay, so she showed up to my ofice hours and she had this book, like a highschool yearbook. She said, “My dad was killed in Vietnam, I never knew him, and this is all I have. Can you tell me what this book means?” It was really sad, because what this book was, the army gave each solder this little yearbook at the end of your eight weeks of basic training, so you open it up and they’d have pictures of guys you were with, and some pictures going through different maneuvers, and you’re all decked out in your garb, but it’s basic training. It’s not Vietnam. But, this was the only thing this girl had of her father.

Disclaimer: None of the filmmakers or creators of this profile are communists or communist sympathizers, nor is John Wolcott.

John Wolcott was born in El Paso, Texas. He attended the University of Colorado Boulder but withdrew. He was drafted to the war shortly thereafter. Wolcott was selected for the officer training program but rejected this offer and was automatically sent to ground infantry, serving first with the 4th Infantry Division and then with the 25th Infantry Division. He returned from the war in January 1968. He would go on to obtain a PhD in Vancouver and currently holds the position of Senior Computer Consultant in the USC department of Occupational Therapy. He has a wife, son and daughter, and has worked for USC since 1989.

Joshua Wood is a sophomore from Saratoga, CA double majoring in film and economics.
Colly Liu is an international student from Zhuhai, Guangdong, China in her sophomore year studying business.
Alan Adams is a junior from Minneapolis, MN, pursuing a degree in mechanical engineering.
Nina Campbell, a senior from Los Alamitos, CA, is studying public relations.