Memories of the 7th Marines in Viet Nam 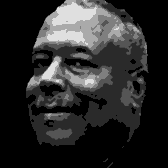 John Hamilton was interviewed on two occasions. His interview is separated into two parts.

John: I was 17 and when the assassination of the president happened I believed that we’d be at war in no time at all so I went down and enlisted one week later.

Ty: As sergeant, were you involved in any planning?

John: More doing. Occasionally, well, I planned my portion of each operation, where’d we moved and stuff like that. As sergeant I was comm. Chief of an artillery battery so I had about a dozen radio operators and maybe 8 wiremen who ran the telephones. So you know, the constant, wherever you go to establish communication will hire headquarters or the units, stuff like that, most of the control of the artillery was done by radio because in the environment like that, wire was just not secure.

As long as we had ammo, we were OK. And we usually did. Now some of theammunition we had was left over from Korea, and, it wasn’t the greatest. Occasionally there were accidents like the shell that went off in the barrel of the howitzer. In the 50’s, after WWII, there was a big movement to try to abolish the Marine Corps. And, you know, it happens periodically. And the Marines decided to prove they could live on less money, a smaller part of the budget. So a lot of our equipment was left over from Korea. The Army would get the new stuff, we’d get the hand-me-downs. Some new equipment, in fact the new radios, the enemy had before we had because the Army gave them to the Army of the Republic of Vietnam, who was subsequently captured by the Viet Cong. So they had newer equipment than we did occasionally. But we were always resourceful. And we learned to improvise. Now, that may be a lost art.

John: Our approach to the war was professional. You know, its nothing personal, it’s business. When your best friend gets whacked, then it’s personal. But the majority of the time it’s just business. We had, in some cases, our job was made more complicated by basic racism of some people, particularly from the south, you know, that just hated all Asians, and hated us too. Hated black people, hated everybody, just haters, you know.

Had I known that Nixon and Kissinger were going to surrender I would have skipped it.
Would I do it again? If I were nineteen again, yes. There’s a reason why they don’t get old guys in the service. You know, certain things you can’t get an old man todo. You want me to what? But, you know, when you’re young and indestructible, anything is possible.

I was going to LACC, I was trying to get into the Mark-Ad program to become a pilot. I wanted to fly F-8 crusaders. But with the assassination, I thought war would come sooner rather than later. Because it was going to take two years, at least two years of this, you know before you can fly into the program.

So that kind of jumpstarted me and I was the radio operator for an artillery battalion. I became a radio operator for forward observed routine. Sometimes we’d work with American units sometimes with ARVN units. You know, on foot with the infantry we’d get into position to observe the enemy. We would call in artillery fire on the enemy positions. And we were making a way for us to get in or out of, you know…

The Marine Corp is organized so that everything supports the riflemen: the artillery, the air, everything. And we went over there, you know, we were like you know a well-oiled football team. Having practiced this all over Camp Pendleton and 29 Palms, and over and over, and we’ve been together for years, so you know, things worked really smoothly.

I was 19 at the time. I spent my 19th birthday in Pearl Harbor, on the way over. The first year of the war was … hmm … kind of wild and woolie, you know kind of like two fighters feeling each other out.

I returned to the States after about a year, and I was stationed in… on the East Coast in Fort Swamp Ladoon, North Carolina. And we were kinda caught in a … well the public hadn’t totally soured on the war ….but there were… I think we kind of expected to be received like the returning heroes of WWII and you know that didn’t happen.

In the States, in Vietnam, not related. Different worlds altogether. We used to call the States back in the World. Totally… yeah – total disconnect. By the time you pass Hawaii its another world.

So, when i got back, the 7th marines were in the area of Da Nang. And, the pace of operations was somewhat slower as far as major movements involving large units going long distances. A lot of, most of the thing that we were having were small units, battalion size or less. An infantry battalion although on paper is about fifteen hundred men, although a while on the field its more like six hundred or eight hundred, (laughs) you know.

In this picture, this was my don’t come back picture. I was 20 years old and I was working on my bucket list. Or, you know, one time on the morning patrol I even got stuck in quicksand.

It was scary because we were executing a sweeping movement and I got stuck in quicksand and everybody else kept going. Suddenly there I was knee deep in the quicksand, by myself. So I put it in reverse and took some small steps and backed the way I came, until I got out of it.

And when did your last tour end. When was that?

I… I was still up for a fight, but. It seemed fairly pointless.

Did you feel like you were losing at that point? The battle.

No, but we weren’t winning. It was like sitting in a room hitting yourself in the head, you know is there a point for it?

Is there one thing that you think future generations should Buy singulair learn about the war?

People who’ve never been in one, shouldn’t be allowed to start one.

I really liked how you guys put this video together. The pictures that are coming on and off really add to the video, plus both the picture and sound quality are really good. All these things make the video that much more enjoyable to watch. Great Job!

John Hamilton was born in Detroit, Michigan in June of 1946. He was a former lance corporal and sergeant for the United States Marine Corps. John joined the military as a career and he became a radio operator in an artillery battalion. John served two tours of duty in the Viet Nam War. He was stationed in Chu Lai and Da Nang. In 1965, John was sent on his first tour in Viet Nam at the age of 19 years old. John worked with the infantry units, on foot, and was responsible for radioing in enemy positions for artillery strikes. John returned to the U.S. after a year in Viet Nam and was stationed in North Carolina. In 1967, John returned to Viet Nam for a second tour which lasted until 1968. He now lives in Lawndale, CA.