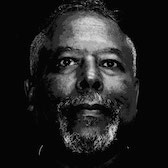 I am John Hamilton. I volunteered one week after the assassination of the President. I was attending LA City College at the time and I thought with the President assassinated we would probably be in a war pretty quickly. So, one week later, I took the oath. I was seventeen.

As a soldier in Vietnam

I was the communication chief, so I had the extra radio, air panels, ax, machete, extra grenades, and extra ammo. This is my stuff back here. It was very heavy. Eventually, I was a sergeant. As a new private I was making $78 a month. The most I ever made was about $258 a month. I was stationed at camp Pendleton in ’64 and early ’65 and then we sailed from San Diego to Okinawa, stopped briefly in Pearl Harbor, and then down to Chu Lai. We landed there in early August and went directly on operation Starlite, which was the first U.S. offensive in Vietnam. This was even before the Ia Drang Valley and everything. It kicked off the 17th or 18th of August 1965. The first VC regimen was planning on attacking the air field in Chu Lai, which the VC built, and we intercepted them on the way. And in about a five-day battle, we killed somewhere between 600 to 900 of them and we suffered and lost 45 Marines killed and a couple of hundred wounded.

This is me in front of the headquarters platoon and this is the gun platoon over here standing in formation on Hill 10. Here is another M109.

Interviewer: What made you want to take pictures and capture all of these?

On the first tour over there I didn’t get many pictures. I was too busy and during that time I didn’t have a camera. I wanted to document [my] moments.

This I’m down at the communications bunker on switch board watch. We had about 11 stations and the hand cranked phones. In December of ’67, shortly before Tet, those are North Vietnamese soldiers who attacked the Special Forces outpost down the road from us about a mile. You can see the North Vietnamese are paler, so they are smeared with grease and ash to darken their skin, so that they don’t show up at night.

Interviewer: Were you ever wounded during or in action?

I got shot in the heart. Yeah, but that was later. It was kind of a surprise. I didn’t really notice it as much because I was in a lot of pain from getting shot in the leg, which gave me a nerve wound and it was really painful. The heart thing, I didn’t even find out about it until later.

Interviewer: Do you have any experience fighting against the VietCong? Could you explain your own experience?

The operation, in general, it takes usually 3 phases – reconnaissance, you got to find them, and then you go and try to kill them. And that’s the tricky part because when you have to go into unfamiliar territory, they are often dug in, camouflaged so well that they are invisible to the naked eye. So, you are likely to take causalities first. As a matter of fact, like in some of these more recent wars, there are ridiculous rules of engagement. When we first went, we were not allowed to shoot first, until we had been fired on. And that’s okay for a while when you’re working with people who are not good shots, but gradually that began to be a source of major casualties.

In the early stages of a shooting war, everybody is a little nervous and really wound up. There were cases of friendly fire, as your own guys are shooting at you, because they were really nervous and you walked up on them in the dark.

The overall conditions under which you are operating in, is extremely hot — usually you are hot and dry or hot and wet. During the monsoon, you’re wet and hot or wet and cold, because it rained from for hundred days and hundred nights. From early September right through the rest of the year, it rained every day and every night, so much so that the weight of the water would just bend you over. About a month and a half of that, a kind of depression sets in. You hope you will live long enough to see the sun one more time.

Interviewer: How were holidays during the war?

Pretty much like every other day. For Christmas, they declared cease fire, but we were the only ones who really observed the cease fire. I had one of those memorable experiences on Christmas night of that year. I had to crawl a quarter mile though the sand, with my pistol in this hand and three sandwiches in this hand, while I was on duty on Post 4, which is way out there and it’s too dark to see. So you got to know where you’re going. You are also in danger of being shot by your own guys as well. But I was about half way back and I managed to score some sandwiches from the battalion mess hall and the shooting started. So, I’m down in the sand, crawling, but I didn’t drop the sandwiches. When I got back to the Post, there were two rifles pointing at me, one in my face and one in my chest. That’s why you start singing the Marine Corp hail, so that when somebody hears you coming, they know it’s you.

Coming back from Vietnam

When we came back [to the US], nobody really wanted to hear about it. It was like the elephant in the room, that nobody is going to miss it. The kids always asked a couple of questions and then they are done. It’s not like in the movies. Veterans of popular wars wouldn’t accept Vietnam veterans at all. Our war was not good enough. Now that the World War II guys are mostly dying off, now, we’re big like them too. However, at that time, they did not even accept Vietnam veterans for membership. So, we endured a lot of rejection even before it was over.

Interviewer: Do you think we’ve learned from our past?

Apparently not enough. They have failed to learn anything from history and it’s depressing. Everybody wants to live in all this freedom and stuff, but nobody is willing to fight for it. We were doing something then. We were saving the world again because that was what America does. But I would still do it again, rather leave it to somebody who has neither the guts or the nuts for it.

John Hamilton is an African American veteran of the Vietnam War. Born on June 1, 1946, Hamilton was a student at Los Angeles City College (LACC) before joining the Marines. He was deployed on August 1965 and later again on June 1966. He served in the 3rd Marine Division and 1st Marine Division as a radio operator and an artillery forward observer in Chu Lai and Da Nang. Hamilton currently lives in Los Angeles and is a member of the Vietnam Veterans of America (VVA) chapter #526.