A U.S. Naval Intelligence Officer Shares His Experience in Vietnam 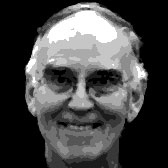 Due to our distance from Mr. Pierce in Texas, this interview is conducted via Skype.

Could you please introduce yourself and describe joining the Navy?

I’m Jerry Pierce, I joined the Navy in 1962 in an officer candidate program – actually I was enlisted at the time, but that was part of the program. When I graduated from college, I went on active duty in the Navy and I was commissioned at that time. So that’s really how I got into it; my specialty was Intelligence. I served during that time as a junior officer in Vietnam, and I later spent a total of thirty-four years in the Navy, retiring at the rank of Captain.

When I joined the Navy, people said, “Why did you join?” I always figured we were going to be in one conflict after another, and there’d be drafts, etc. I never will forget what my Dad told me, because he ended up joining up in 1942. In World War II he joined the Coast Guard, and he said, “Always remember this, once we go to war, everybody’s going to end up in it if you’re physically qualified. You need to make up your mind if you want to live in a foxhole and eat C-rations, or do you want to be on a ship and get three meals a day and a hot bunk? And you’re either doing that, or the place is burning and you’re swimming, and there’s no in-between. Because once you attack a ship, it either makes it or it doesn’t, it either burns up and sinks or you’re fine.” That was his advice to me, I thought, “Well, that’s pretty good advice.” So I joined the Navy.

We [the USS Enterprise] deployed out of San Francisco around New Year’s Day, 1968. We went to Hawaii for a few days, and then we went on to Japan – and it was kind of interesting, because we were the first time that a nuclear-powered aircraft carrier had been to Japan since the bombing of Nagasaki and Hiroshima. So we saw a lot of protests that went on while we were there, although they didn’t bother us.

As we started to leave Japan en-route to Vietnam we received word that USS Pueblo had been attacked off the coast of North Korea, so we spent the next thirty days or so in the Sea of Japan monitoring that situation, but really not taking any action. From there we finally left the cold waters of North Korea’s midwinter and went to sunny Gulf of Tonkin. We arrived there about five weeks later than we intended, and then we joined the air war off the USS Enterprise, going into North Vietnam as well as South Vietnam; providing air support to the ground troops which were in South Vietnam.

During that time, we had a lot of “Rules of Engagement” we had to abide by. Depending on a particular whim at the time, we couldn’t fly into North Vietnam. And then all of a sudden, we could fly up there, but only hit this target or that target and not another target – or then, we could only fly on even-numbered days and odd-numbered Saturdays or something. You wouldn’t believe all the constraints. All of this was really based on people having a view that you didn’t want to get a wider war and bring China and Russia into it, but the truth of the matter is that the Chinese and the Vietnamese have hated each other for years, but nobody bothered to read the history. Mao Zedong was not going to come to the defense of Vietnam no matter what happened, unlike in Korea, where he went to the aid of his ally (which was North Korea). That situation was occurring really out of the naiveté of the politicians trying to run things for us. We had all of these engagement rules which were very difficult, and the reason I was aware of so many of them was that, being in the Intelligence side, I was stationed on the ship in the Intelligence spaces where we briefed all the flight crews and helped them plan their missions for the air war, and then we debriefed them there when they came back to determine the effectiveness of what they did, etc. So there was a lot going on during that time; your days were twenty-hour days, and you had to eat four meals a day (because you had to, if you’ve got to work twenty hours a day).

We lost a lot of flight crews, some of them were mechanical [failures], some of them were shot down by triple-A [Anti-Aircraft Artillery]. Very few were shot down by missiles by that time, because the missile situation had been pretty much neglected. I can remember during that time a couple of MiGs came up to try to shoot down some of our fighter jets that were escorting some planes into North Vietnam the days that we were allowed to go up there, and we shot them down (the flight crews did). We had another situation where we used surface-to-air missiles to shoot down their planes as soon as they lifted off the runway, and since we knew that they were Russian crews in those planes, they quit flying MiGs after that and never flew them again as far as anyone knows, because the Russians said “We’re not going to get involved with this, because this is real dangerous.” That was the end of that.

Personal Frustrations with the War

Can you speak about the political oversight you encountered in the air war?

The one thing that always stuck in my mind was a group that arrived about three or four weeks after we got on-line in Vietnam – I say on-line, that means we were actually in air operations. They were civilians, they were in Navy officer uniforms, but their rank insignia was “OEG,” and that was the Operations Evaluation Group. They were sent out by Robert McNamara, the Secretary of Defense, to monitor the operations of the Navy off Vietnam. I’m sure they were also probably in-country in Vietnam, although I have no way of knowing that. Half of them were statisticians and the other half I think were political operatives. They would go around, and they would ask all kinds of questions of the flight crews. They would check to see what targets you were bombing, and they would try to look over everybody’s shoulder and say, “Oh, you can’t pick that target, that’s on a list.”

As we went through all of that, we felt the entire time, “How in the world were we going to win this war if we’re not let loose to win it?” You could not bomb Haiphong, you couldn’t mine the harbor, you couldn’t bomb Hanoi, you couldn’t do all kinds of things. Well, the way you win wars is you deny the enemy the means of waging war and you make it so painful that they quit. So obviously there was never any intention of winning the war; we had a half-million people – actually more than a half-million US military, not counting the South Vietnamese military – and we couldn’t win a war from that little bunch [the North Vietnamese]? Of course we could’ve won the war, if our hands hadn’t been tied.

We didn’t declare war, we conjured up a reason to do what we did. I remember sitting in Officer Candidate School, I was a young man studying and listening to a radio when it came over that a US destroyer, the USS Turner Joy, had been attacked by Vietnamese patrol boats. And that was the excuse used to widen the war in Vietnam. Well, it’s never been proven that actually happened and everybody kind of has the feeling that maybe it didn’t, because no one could prove it. I never knew of any patrol boats they had that could get that far, to the location of those particular destroyers.

What was the political atmosphere like at that time?

You got to remember, all of these things get started out of the politicians messing up. Admiral King, who was Chief of Naval Operations and a member of the Joint Chiefs of Staff in World War II, he was in charge of all of the Navy. Right after we got into World War II, after Pearl Harbor, he was quoted as saying, “When the politicians get it all screwed up, they call for the SOBs, and I’m the biggest SOB they ever saw.”

Lyndon Johnson, who was President at the time, had announced in ’67 that he was not going to seek reelection, and it’s probably a good thing because he couldn’t have been reelected anyway. He saw that, and he said he was going to spend all of his time trying to end the Vietnam War. Richard Nixon, after he took office in ’69, eventually pursued the war into the North using the B-52s, carpet bombing Hanoi and Haiphong. All of a sudden, surprise surprise, they came in for peace talks. Now, did we win the peace talks? Probably not, but we got it over with and then we left. Who knows how long it would’ve gone on the way it’d been going. During that time there were all the politics, there were drugs, there were protests – most of the protests were in the Northeast, in what I call the Rust Belt.

The protests continued for a while, and the biggest part about it was they were trying to blame the soldiers (who ninety percent were draftees) when they came back and there wasn’t any honor associated with it. But it was a very trying time, and a lot of the Vietnam vets – particularly those that were serving in-country in the Army, when they came back they felt real bad because they didn’t feel like people appreciated what they’d done.

People say, “How did the Vietnam War affect you?” Well, it affected me on the practical side. We’ve been pursuing war after war since World War II in a way that we’re never going to win them. And I think the American public about hated not winning. America loves a winner and they cannot stand a loser, and that’s something the people all remember.

Jerry Pierce was born in Abilene, Texas in the early 1940s. He graduated from Abilene High School and attended McMurry University where he majored in business. While in college Mr. Pierce joined the Navy Reserve Officer Training Program, where he began his career in the U. S. Navy as an intelligence officer. He served for more than 34 years (6 ½ years active duty and 28 years in the reserves) and retired at the rank of Captain. While in the Navy he commanded four units and served as Chief of Staff of the Navy Reserve Intelligence Command. He is a graduate of the Naval War College, served in Vietnam aboard the aircraft carrier Enterprise and in the Mediterranean aboard the aircraft carrier Saratoga. After graduating in 1971 from Southern Methodist University with an M.B.A. in finance, Mr. Pierce began his career in investment banking that spanned more than 40 years, is currently serving on the board of directors of a local electric cooperative, and is active in civic affairs. Mr. Pierce and his wife Judy, a retired Navy Commander and intelligence officer, live on a ranch in Bandera County, Texas. They have three daughters and six grandchildren.