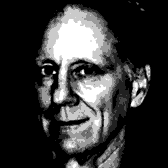 Glen Smith: My Name is Glen Smith; my age right now is 58. I was born and raised in Oklahoma, lived in Oklahoma until I went into the Military: The Marine Corps in 1970—1971 actually. I was in for 2 years during the Vietnam War; the Marine Corps had a 2 year enlistment, so I was in for two years basically. I was there between 1971-73, I was in the military. I was overseas for a year, stationed at Okinawa during the Vietnam period and also spent some time off the coast of Vietnam around the Demilitarized Zone. Back towards the end of the war we were off the coast, actually when they signed the peace treaty in January of 1973 and disbanded our float, sent us all back. So I was kind of at the tail end of the Vietnam War period and never was in the country, but was off the coast, on some support ships that provided support for forces that worked in along the coastal area and picked up pilots that were shot down from some of the bombing raids over Hanoi.

Interviewer: Were you drafted?

Glen Smith: Actually, I volunteered and I was 18. I remember turning 19 when I was in boot camp actually. I more or less went into the military because I did not have a good direction in what I wanted to do as far as academics. I had actually finished a year of college—before I went in. So for that reason and for the fact that the adventure of the travel and the adventure of doing something and the realization that you would have your college paid for after you got out was probably a bigger attraction then anything.

Interviewer: How did your family feel about you going to Vietnam?

Glen Smith: My family was really against it actually; not really verbal but you know they did kind of try and persuade me not to, which kind of surprised me a little bit because my father’s family was very much in the military during World War II in Pacific.

Interviewer: How did you feel about the War before you went?

Glen Smith: I was kind of neutral about the political situation, I guess you could say. But I kind of looked with disdain a little bit about the people my age that were protesting against the war, you know? And it was mostly the west-coast people out here that were doing that. But, you know, in retrospect I see where they were coming from.

Interviewer: Did you know why the American troops were in Vietnam?

Glen Smith: It’s a lot like Afghanistan and Iraq and stuff, where it’s kind of vague on a political scale: what you really gain out of it or why you really need to be there. I was there, you know, to do what I was told, trusted the people above me were figuring out all the politics I guess.

Interviewer: Were you ever stationed in Vietnam?

Glen Smith: No, the time I spent in Vietnam and got Vietnam service for, we were off the coast on ships as back up support in case they needed us or our materials. We had tanks, two carriers and a whole battalion of marines on four different ships, that if they needed us it would land us in and we would go in. So we never went in, but sometimes we have sent our tracked vehicles in for the ground forces, even the South Vietnamese forces to use and then they would bring them back to the ships. We would be called to pick up pilots that had ejected out of a downed aircraft and stuff like that ended up in the water; we did that a couple of times.

Glen Smith: A typical day would be—they would call us together, we’d have breakfast, and they would call us together just to make sure everybody is there and who was sick and so on and so forth and kind of gives the day report of what might happen or what we needed to be ready for. Then they would take us up on the helicopter deck and make us do calisthenics. At night we had to have total darkness on the decks, you couldn’t have any lights out; you couldn’t go smoke a cigarette even out on the deck. And I noticed that it was always interesting when you were inside in your burden area and our burden area Buy microzide opened right up to the main door and as soon as somebody opened the door the lights would go out in the burden area because they didn’t want shining out on the deck and so you would be reading in there or something or playing cards and somebody would open the door and the lights would go out.

Interviewer: What was the hardest part about being at sea?

Glen Smith: The one hardship was that there were basically four bunks along one wall, which were really just canvas, looks like a stretcher,that’s what you slept in and if you were on the bottom bunk or one of the lower bunks people would climb over you to get to the bunks above you, things like that. The living situation of course wasn’t high class but that’s what you get in the military. So it didn’t surprise me or didn’t…I was young then you know?

Interviewer: Did you ever have any visitors?

Glen Smith : When I was there—and this is on Okinawa—an old girlfriend of mine was in some sort of a singing group UNICEF type thing that came there and was at the show. I cant remember whether she was gonna be there in that or whether I just showed up and I saw her. But anyway, that was kind of interesting…going on as a high school …as a girlfriend.

Glen Smith: They signed the peace treaty, I think it started January the 1st of 1973, but the last American troops and stuff did not get out of there until 75, I cant remember which month. But so there was a couple of years of the draw down and the North Vietnamese coming in and taking back over. And since that hostilities basically had stopped for….theoretically anyway, they just said okay we don’t need these extra troops sitting of the coast for support so they just sent us back to Okinawa. I know, I remember I was kind of bummed because the next day we were supposed to go to Hong Kong for our R&R—our leave.

Interviewer: What is something you will always remember?

Glen Smith: Always carry out your last order first; meaning whoever the senior officer is he tells you something that contradicts somebody who told you before you always follow the last order first.

…Between May and October 1966 the Marine Corps was forced to take in its annual intake of 19,573 draftees. The Marine Corps did not want to become saturated with draftees.
…There was a brief experiment with two year enlistments which ended in early 1966. By July 1, 1966 the Marine Corps went back to taking two year enlistments. The Commandant decreed that 2 year contracts would not exceed 20% of the total.
…I went on active duty June 12, 1968 and finished up on June 11, 1970. As with almost all two year men I was assigned to combat branches (0311 in my case) and sent to FMFPAC (Vietnam).

Glen Smith was born and raised in Oklahoma. After a year of college, he volunteered in the Marines and was sent to Okinawa in the last years of the Vietnam War. He served off the coast rescuing fallen soldiers and providing support to the troops on land. In 1975, when American troops went home Smith returned to his family. Today he works as a Program Manager in the Biological Sciences Department at the University of Southern California.

Hakob Saribekyan Is a senior at USC, born in Armenia, currently residing in Los Angeles. He is double majoring in Biological Sciences and Health Promotion and Disease Prevention.

Sandra Stiefel is a Junior from San Clemente, California. She is majoring in Kinesiology and is part of the women's water polo team at the University of Southern California.

Mariana Aguilar is a Junior at USC and a Los Angeles native. She is majoring in Psychology, minoring in Digital Studies and Consumer Behavior as well as pursuing an Honors in Multimedia Scholarship.