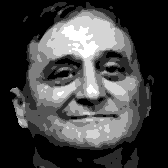 Gary:
My name is Gary Colletti. I joined the US Army in 1963, went to school for Army Security Agency training, and went to Vietnam in 1964 in August and returned in September 1965.

Wayne “Grumpy” McVeigh:
My name is Wayne McVeigh. I was with 25th infantry division, 65th engineers, Alpha company during 1968; about three days before the Tet offensive started.

What were your first impressions of Vietnam?

Gary:
So when I got there instead of just doing my job, I was put on a carrier as a defense mechanism, as a 50 caliber gunner. The only action incident that we had was wile we were ambushed with our 50 calibers and you learn fast how to use them. That was my first experience with taking somebody’s life, which I didn’t know anything about.

Donald:
My fist experience with Viet Nam…..; in the first year and a half while I was in the Navy I went through a class A building school in Botmoheney before I spent a year in Alaska before I got sent to Vietnam. I had some leave between Alaska and Vietnam. We had a brand new unit out of Botmoheney, the CBs, the construction maintenance unit. We went to Vietnam in april and may of 1967. Of course you fly all over as a construction maintenance unit. Everything was airborne; the first thing I notices was how huge this effort was. I mean it was like a metropolis; a city metropolis out of huge proportions.

Grumpy:
Well, I was 18 years old and I thought I was going to be John Wayne; well, I soon learned that john Wayne didn’t know Vietnamese.

What was your opinion on the way the war was fought by the US?

Donald:
Everybody has an opinion about the war; the pentagon papers and so on. They never gave the military a chance to win the war; they didn’t want to win the war. They took away all the effective ways of winning the war. Not enough to get the job done, but lamprene enough to keep it rolling and escalating and so forth and so on. Our strategy over there was piss poor. I don’t think we had a win strategy, we just had a maintain strategy.

So probably the biggest part of my post traumatic stress disorder was the way the war was waged and we didn’t fight the way we should have. I wanted to get out of the country because what I was doing was not helpful. I knew our guys were KIA and we are going to build up as long as the war lasted. Today I bear the burden of not being able to do anything about what I knew and what was happening; not the fact that I killed in defense of my life, but so many were killed because our government didn’t take this war as they should have taken it.

What would it have taken to win on the part of the US?

Donald:
A decisive hand and Johnson out of the white house; maybe Nixon too. A decisive hand; somebody who wasn’t afraid of spitting someone in the eyes. If you gave him the power and so forth, he would have gotten in there and kicked their ass and war could have won that war easily. But in my opinion, they tied their hands.

Gary, Grumpy:
We had them beat. They said it, their generals even said that: “You had us beat.”

Grumpy:
In Tet, we had them whipped so bad, they didn’t know what to do. And, what happens? The peace accord; they got time to rebuild and resupply and they got resupplied by the same people we were talking to in the peace accord. They got allowance for weapons; in one week we’ll get you some beans and coffee and whatever and boom; it erupts again. Why? Because we were basically being used as cannon fodder; like the kids today in Afghanistan.

Donald:
The country was falling apart at the same time back home. College students were protesting, it was a crazy time all along. And Jane Fonda going to Viet Nam and so forth; all of that crap undermined the whole thing; undermined it all. It was just making it look like we were losing the war, but we weren’t losing the war.

He (Grumpy) is absolutely right. In the Ted offensive we kicked their ass. I don’t know how many people we accounted for that night. One battle across the entire country, but it was like a million people. And the way the battles came down was; we were so surprised by their ability; the NVA and the Vietcong to coordinate the entire thing throughout the country. That was which gave us such a black eye.

What was your impression of the Vietnamese people?

Any way they could, they just wanted to survive and raise their children and, just like anybody else, you wanted to protect your own-and that’s what they wanted to do.
That’s my impression of the Vietnamese people. They are sensational people. I have lots and lots of friends who are Vietnamese and industrious hard working great folks. And, you know, they just got caught up in a miserable situation.

Grumpy:
I am totally honest with you, right now, today, here where I’m sitting: I like those people a hell lot more than the Americans. Because they are upfront and honest and they gave from the heart. The American people, no; it’s all about what is in for me.

Gary:
When I fist got back that I witnessed what was probably the first wave to witness what everybody in the country felt at that time. Why are we in this war and it was probably our fault that we were still there. They took it out on the military for what was happening. In WW2 when everybody came back; that was probably a sense of war. It was fought on the offensive, it was taken care of, and we moved on and conquered the war machine. But here, I was probably one of the first waves back, and I was in a hole like these guys. We didn’t say anything for years and harbored all these bad thoughts.

Donald:
They tried to blow me up, they tried to shoot me, they tried to do lots of things.
I survived all of that. What I didn’t survive was coming home and the way I was treated and the way I was treated for 10 to 15 years after that war. And you don’t know how pissed off I was, how resentful I was and how mad I was at America because we were orphans baby. Every god dam TV show in America had us as being these raging, crazy lunatics going out there and killing babies and blow up buildings; just media junk. And we were all that way and so forth and so on.

For the longest time, until they build the Vietnam memorial, did I get a little bit of closure on how I felt on how I was treated and how my brothers were treated as a Vietnam veteran.

In this video we profiled the experiences of three Vietnam veterans who didn't fight the war together but connected after the war. The video explains their opinions on the way the war was fought, their opinions of the Vietnamese people and finally how they were received upon their homecoming. Thanks a lot to our subjects: Don Lewis, Gary Coletti and Wayne McVeigh and thanks for watching.