The Air Force after the War 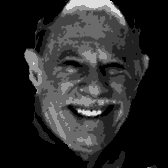 Introduction
Well, my name is Edward Elowitz. And what can I say, Jenny, my granddaughter, asked me to give her a little synopsis of a story about part of the time I did in my service when I was there (Korea)

I was in the service in 1952 to 1956. The first place that I went to was Parks Air Force base right near Hayward California, which is near San Francisco. I went to radio technical school where they taught me how to repair radios, service radios, take them all apart, put them together, do all kinds of testing, and I graduated from the radio school, and I became a radio technician. This was my choice.

When you leave basic training they ask everybody what they want to do, and I was just one of the few who got what I asked for; most people didn’t.

The people I went to school with, after basic training, I never saw them again either because everybody was sent to some other place.

Going Overseas
And after about a month or so, I was given an order to go overseas to Korea, which I didn’t expect to do, otherwise I probably wouldn’t have gotten married at that particular point. But you had to ask for a permission to marry somebody. And the CEO, the commander Buy imuran online in charge said that I probably wouldn’t go overseas for a while, so they gave me a permission to go ahead and marry if I wanted.

That was February of 1954. I was stationed to a place called Kim Bo Air Force Base, which was about 20 miles from Soul, Korea. The Korean War was over in 1953, but I got there in 1954, so there was no more fighting, but the base I was at, was closest to the front line, about only 8 miles from the front line where all the fighting was. The base that I was on had a lot of bombing and fighting before, but at the time I got there, the bombing and fighting was all over. But while I was there, we had to be ready everyday, in case there was going to be some bombing.

Interviewer: Why were you still there if the fighting was over?

Well the Air Force base was there, and it was there as a protection for the South Koreans just in case.

I was able to take a short trip to Tokyo. That was fun. It was for a Passover Seder. The only place in Tokyo, was there, and it was about 600 miles from where I was stationed so we flew down there. There were just two of us and we went to this large Seder there and when we were done we walked around Tokyo. It was all Japanese. Well some of them spoke a little English. They were very friendly.

Interviewer: What did you do after you left Japan?

When I left Japan, I took another ship back to Seattle. It took about 14 days to go back to Seattle. Then I flew to Los Angeles. And then my wife met me in Los Angeles. I had a son who was born in September of the previous year. And my next base was Yuma, Arizona, which is an Air Force base that is still there now, but it was a testing base for airplanes and different things.

Interviewer: When you came back, did you feel different about the work that you did, like after seeing Korea and being over there

Edward: Oh of course when I came back there was no more problem worrying about war or anything. It was a peaceful time, so more or less it was like a regular job. Everyday I had to go to the base, and I would leave the base.

Joining the Air Force
Interviewer: Why did you decide to join in the first place?
Edward: Well, I was 17 and a half. I was just graduated from high school. And I was either going to work at some place or most everybody wanted to enlist. The Korean was on, it from 1950 to 1953. That was June of 1952, so the war was on, and I guess I was just wanted to enlist and do my part for the country. I’m glad I did it.

My opinion of the war is that, like any war that we were in, I don’t think that we should have been there at all. But we want to protect people that we are friendly with, South Korea, Japan, people in Europe and things like that. I guess it’s just our duty to help the people in South Korea just like we did in Vietnam, in Gulf War, in Iraq, and all the places that we are doing now. It is just something that the United States chose to do all the time.

Interviewer: Were you afraid that you were going to be put in harms way when you enlisted.

When I enlisted to the Korean War, I never knew what is going to happen. I never knew I was going overseas to some country or what. I guess when you are in that age, you are really not afraid. You are just 17 or 18 and do whatever they tell you to do. That’s what you have to do.

This entry was posted in American. Bookmark the permalink.
Login
0 Comments
Inline Feedbacks
View all comments

Edward Elowitz grew up in New York in the 1940’s. During the Korean War, at the age of seventeen and a half, he chose to enlist in the Air Force to avoid getting drafted into the army a few years later. After boot camp, he chose to receive electrical engineering training and learn all about the military radios. Immediately after his first marriage to Joan Cooper, he was deployed to Korea and eventually Japan. Ed finally moved to Los Angeles, California and discharged from the Air Force just in time for the birth of his and Joan’s second child. He stayed in Los Angeles and had a third child four years later. He took over his father’s toy store and then retired in his fifties. Edward now lives in Thousand Oaks, California with his wife Rochelle. He has not been greatly affected by his stint in the military but he is grateful for the discipline it instilled in him. However, he would not encourage anyone to join the military.